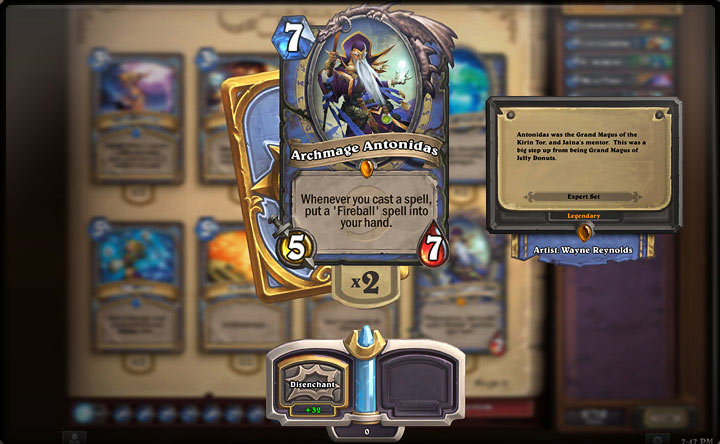 Following a brief public beta period, the acclaimed games maker Blizzard Entertainment (a subsidiary of Activision Blizzard) on Tuesday released its Hearthstone: Heroes of Warcraft on the Mac (Windows, too).

Now available on a free-to-play basis from Blizzard’s website, Hearthstone is a strategy card game set in the Warcraft universe which pits you against your Battle.net friends and aims to “evoke the spirit of a friendly match played beside a crackling tavern fire”.

Each player starts with a deck of thirty Magic-style cards, with additional cards becoming available once you win battles or buy new cards through the in-app purchasing mechanism (that’s why they call it a free-to-play game).

There are hundreds of unique cards to choose from. Each player’s card deck focuses on a hero representing one of nine Warcraft classes – customized with a set of minions, spells and weapons – and features iconic characters like Jaina Proudmoore, Gul’dan, Uther the Lightbringer and Thall…

According to Blizzard, as soon as you jump in you’ll challenge some familiar Warcraft characters, including the ferocious Hogger, the mischievous Millhouse Manastorm and the wise Lorewalker Cho.

As you progress through these introductory missions, you’ll hone your card-slinging skills in preparation for a climactic battle against Illidan Stormrage.

To further develop their decks, players will be able to acquire cards by crafting them and by winning or purchasing new card packs, Blizzard said. 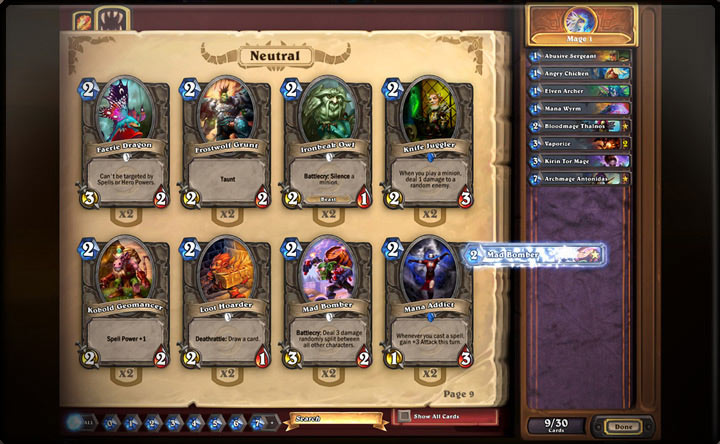 And when you hit 500 wins in Ranked Play mode with any given hero, that particular character will become your Golden Hero, permanently. In case you’ve been wondering, Golden Heroes gain cool animations to their portrait and Hero Power.

iPhone and iPad versions of Hearthstone will follow later this year.

If you’re interested in giving Hearthstone: Heroes of Warcraft a whirl, you can download it free from Blizzard’s website. Just hit the the ‘Play Free Now’ button and when the 7MB installer downloads, look for it inside your Mac’s Downloads folder.

Double click to extract the archive and then open the newly-created Hearthstone Setup icon.

This’ll fire up the installer which will download roughly 300MB of Hearthstone assets from Blizzard’s servers and then install the game. Depending on your network speed, this may take a while so grab yourself a cup of tea while you’re waiting.

At the minimum, you’ll need a Mac with an Intel Core 2 Duo processor to play Hearthstone. Blizzard’s recommended system requirements include a Mac with at least an Intel Core i3 CPU and Nvidia’s GeForce GT 650M or ATI’s Radeon HD 5670 graphics.

More information about the game is available at the official Hearthstone website.