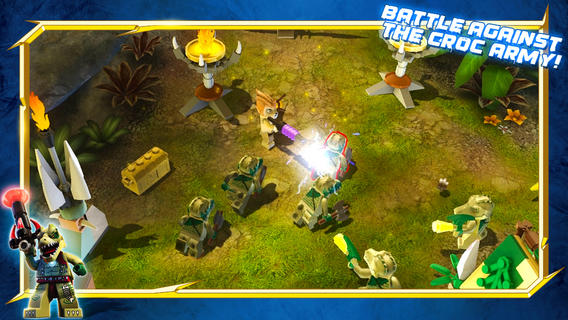 Warner Bros. has released a new Lego game for iOS this morning called the ‘Legends of Chima Online.’ The studio has had staggering success with the Lego franchise—it even has a #1 movie out right now—so honestly, why wouldn’t it continue to capitalize on it?

As the name suggests, Legends of Chima is an MMOG (massively multiplayer online game) that has you explore the vast and dangerous world of Chima ruled by animal warriors. You can play co-op or solo, and the game works across iOS, Mac and Windows PCs… 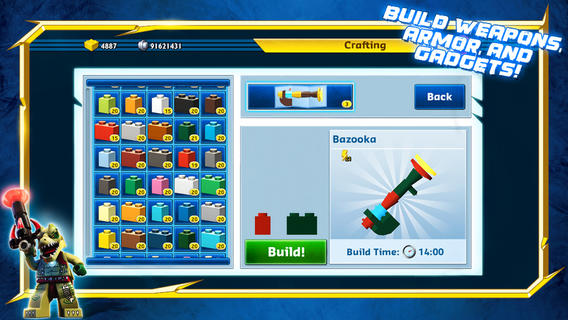 “Explore the vast and dangerous World of CHIMA ruled by animal warriors in the brand new, free-to-play LEGO® Legends of CHIMA™ Online game. Play co-operatively with friends or venture out as the solo hero in an action-packed multiplayer adventure game based on the highly popular toy line and cartoon series from the LEGO® Group! Choose from the Lion, Eagle, Gorilla and Bear tribes and customize your very own warrior. Smash LEGO objects to collect studs, bricks and special items. Build and expand your Outpost to craft powerful weapons, armor, powers and gear to defeat the Croc, Raven, Rhino and Wolf tribes. Solve fun puzzles, complete challenging missions, and unleash the power of CHI in epic battles!”

– Customize your character and combine thousands of different weapons and armors to define your play style!
– Explore amazing, 3D rendered environments filled with unforgiving forests, hazardous mountain paths, dark & dangerous dungeons and cavernous brick mines.
– Upgrade and expand your Outpost using 30 different LEGO structures including Blacksmiths, Armory, Market Stalls, Brick Farms and devastating Power Buildings.
– Use building instructions to build your own weapons, armor and gadgets. Use colored bricks to create your own unique style or trade your newly created items with other players in the Market.
– Team up with friends to explore and battle enemies or visit your friends’ Outposts and help speed up their production for unique rewards.
– Connect with other iOS, PC, and MAC players all in the same game world! You can start playing on your iOS device and continue your game later from any computer.
– Customize your own dungeons and create the environment you want to explore and battle in!
– Become a member for exclusive benefits including access to unique & powerful items, better buildings, a bigger backpack, and much more.

Finally, a gameplay video from TouchGamePlay:

I haven’t had the chance to dig into the game much yet, but if you’re into MMOs this looks like a good one. It seems to be littered with IAPs, but that’s not too surprising given the genre. If you’re interested, Lego Legends of Chima Online is free in the App Store.