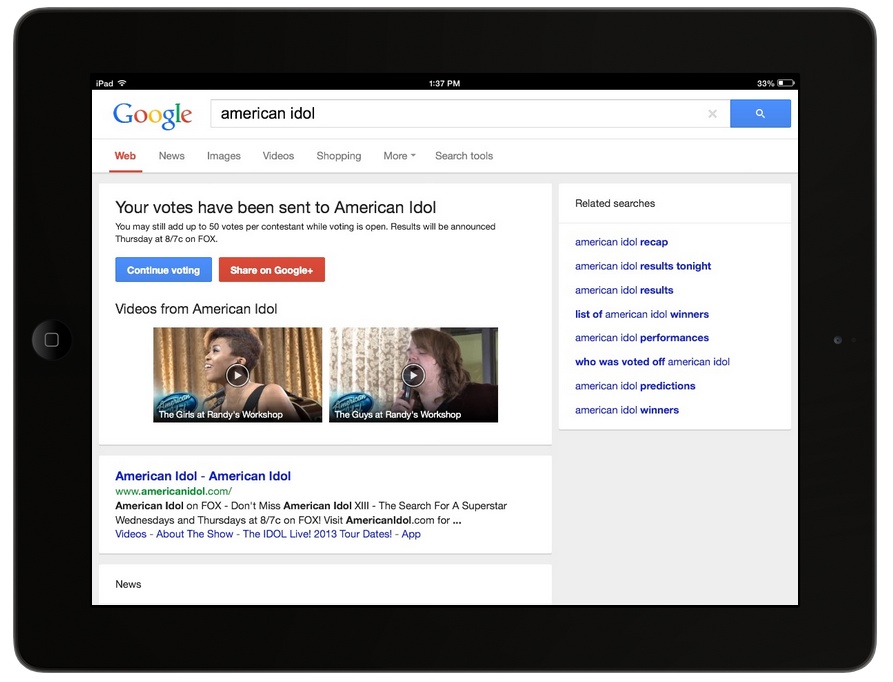 Google has struck an interesting partnership with FOX allowing fans of American Idol, the popular reality-singing competition series, to vote for their favorite performers right through the Google.com search engine and inside the official Search app for iOS and Android. On-air voting is as easy as searching for ‘american idol’ or ‘idol’ during the voting window and selecting from your fav finalists.

You can cast up to 50 votes for each contestant and vote for as many contestants as you want, Google explained yesterday…

Searching for ‘american idol’ or ‘idol’ during the voting window presents a list of finalists. You can pick any contestant, which brings up his or her card with a handy voting slider. 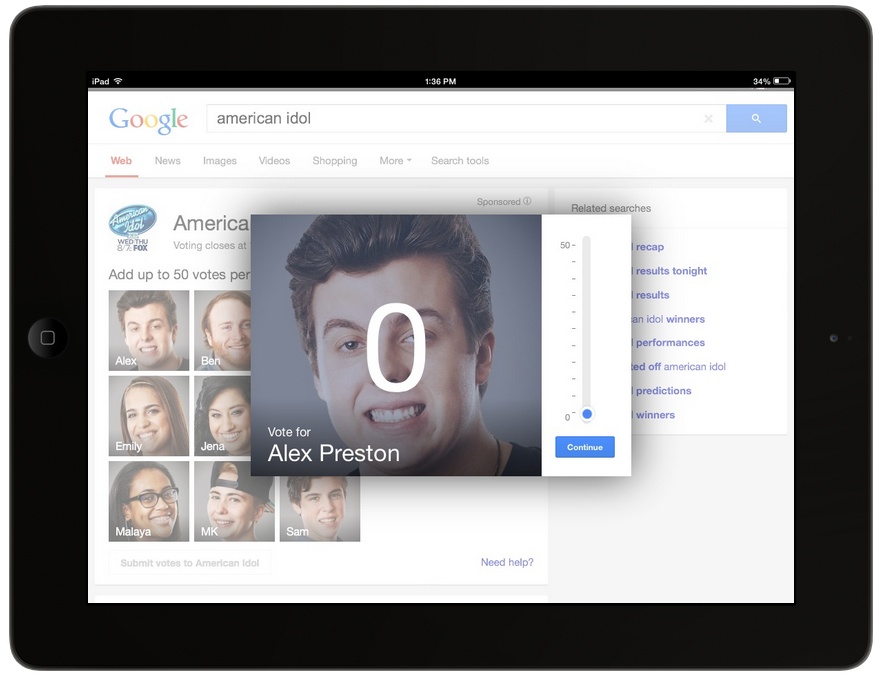 After you’ve cast your votes, hitting Submit sends your votes straight from Google to American Idol. Google says this new voting feature is being piloted right now so unexpected behavior is possible, though not very likely.

The initiative is part of a larger push by FremantleMedia, 19 Entertainment/CORE Media Group and FOX which aims to tap popular search engines and social networks to give fans “powerful new interactive on-air and online experiences” for American Idol XIII.

In addition to Google, the show producers have partnered with Facebook, too, which will give updates on the on-air voting process based on real-time East Coast voting data.

This will allow fans to get a first-ever look at an “exciting array of voting information, such as demographic voting trends and relative contestant rankings”, as it happens live, FOX said.

And if you’ve voted via Facebook and are lucky enough, they may even feature your Facebook profile picture in the telecast.

Google Search for the iPhone and iPad is available free in the App Store.

Over the past few months, the app has seen several updates expanding on its functionality with new stuff such as support for French, German and Japanese, a new Winter Olympics Google Now card, flight, reservation and package delivery information and more.