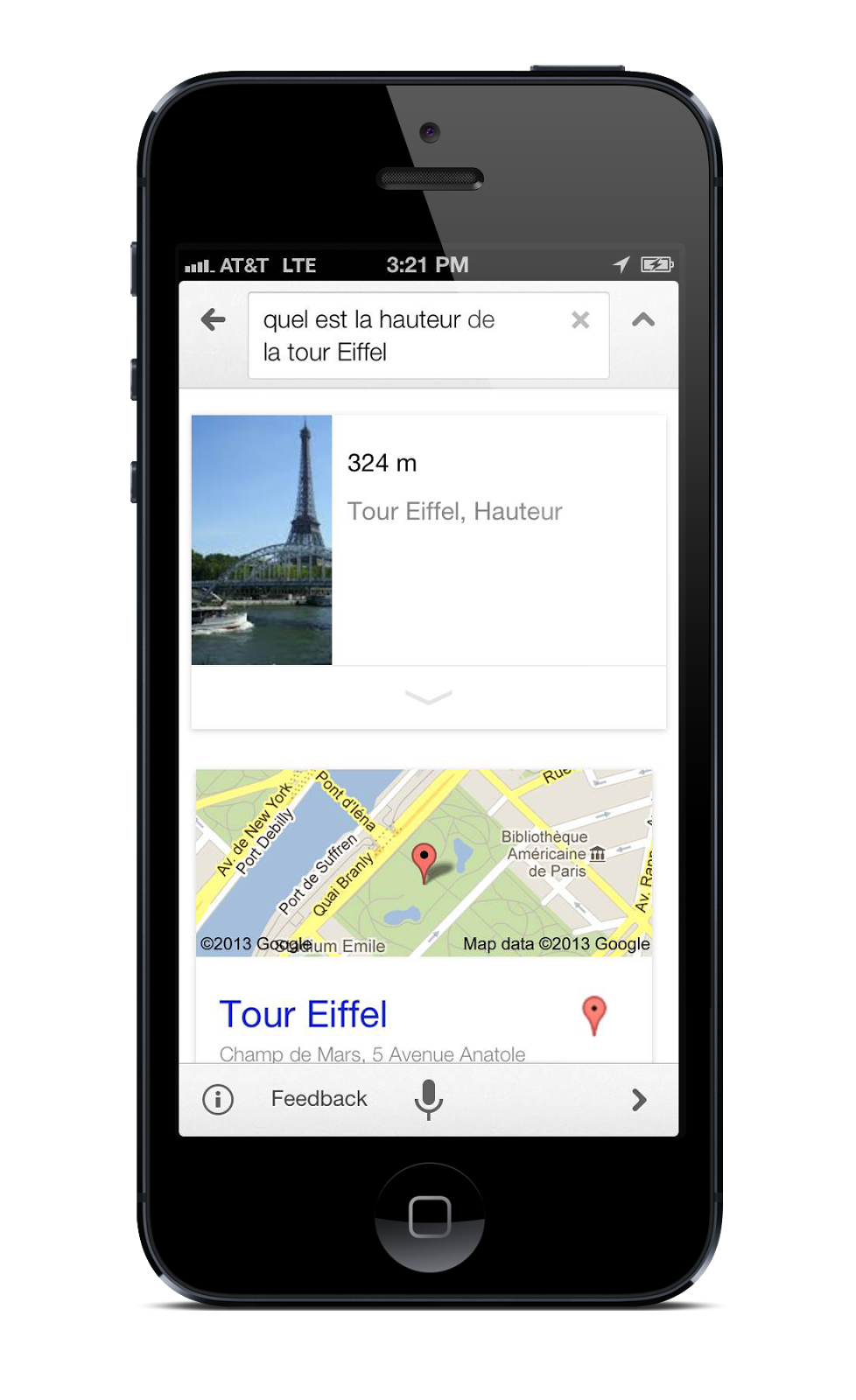 Google issued a major mid-August update to its free Search app for the iPhone and iPad with new Google Now cards for flights, reservations, package delivery information and more.

And last month, the firm followed up with another sweet update that implemented ‘OK Google’ hands-free voice control functionality, support for single sign-on, reminders, alerts for delayed flights and upcoming appointments/events and other perks.

As per Google’s blog post announcement, the Search app now supports French, German and Japanese for both voice queries and spoken answers.

Although some voice queries still yield spoken answers in English, Google says customers will now get spoken answers to many of their questions in French, German and Japanese with the updated Search app.

To try it out, simply tap the microphone in the search box and ask for anything you’re looking for. If you need some coffee in Munich, just say “Wo bekomme ich Kaffee in München?” to get a list of local options.

Wondering what the height of the Eiffel tower is? Get a quick answer by asking, “Quelle est la hauteur de la Tour Eiffel?”.

Maybe you need to know who invented the transistor ? Try asking in Japanese for “トランジスタを発明したのはだれ？”

The search monster is working on adding more languages in the future.

The universal app requires an iDevice capable of running iOS 6 or later.