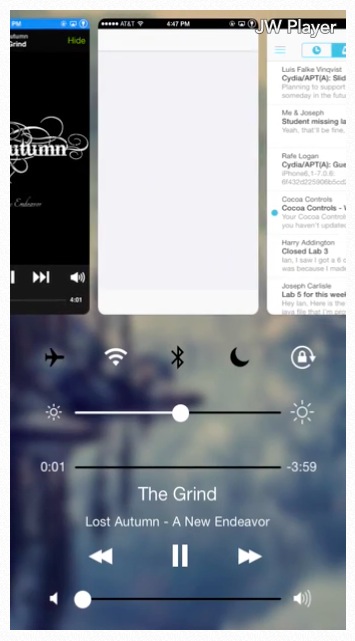 Vertex is an upcoming tweak currently in development that aims to bring Mission Control inspired functionality to iOS 7. The tweak, which is currently being talked about on /r/jailbreak, merges Control Center and the app switcher together, along with other iOS 7-centric touches splashed in.

There’s still no timetable for Vertex’s release, but we do have a video preview of the tweak created by developer Ian Burns. Check past the break for the video and more details concerning this awesome looking jailbreak release.

Here’s the video preview of Vertex in action. This video uses Flash, so we apologize in advance if you’re unable to see it:

As you can see, the tweak is heavily inspired by OS X’s Mission Control feature. It also allows you to slide down the app cards to view details about the running app. The details include last opened time, in use time, and total duration of usage. This functionality looks to be inspired by an already released jailbreak tweak called SlideForUsage. 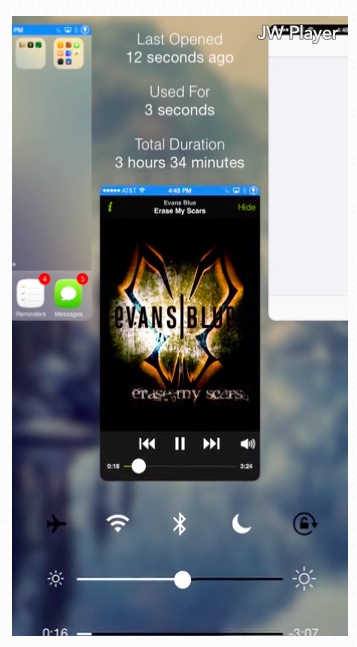 Vertex isn’t groundbreaking, because it’s basically just a merging of two parts of iOS 7, but regardless of that, it definitely looks like something I’d want to use. It’s based off of this “iOS 8” Mission Control concept that was burning up the ‘net last week: 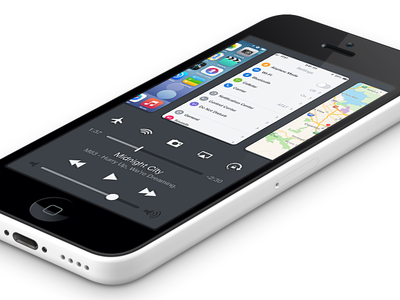 If you’re super-anxious to get your hands on Vertex, the developers are seeking beta users to do testing. If you want to be a beta tester, you can reach out to @ianb821 or @tmnlsthrn on Twitter and let them know.

What do you think about Vertex? Would you consider using it? How much would you be willing to pay for it?