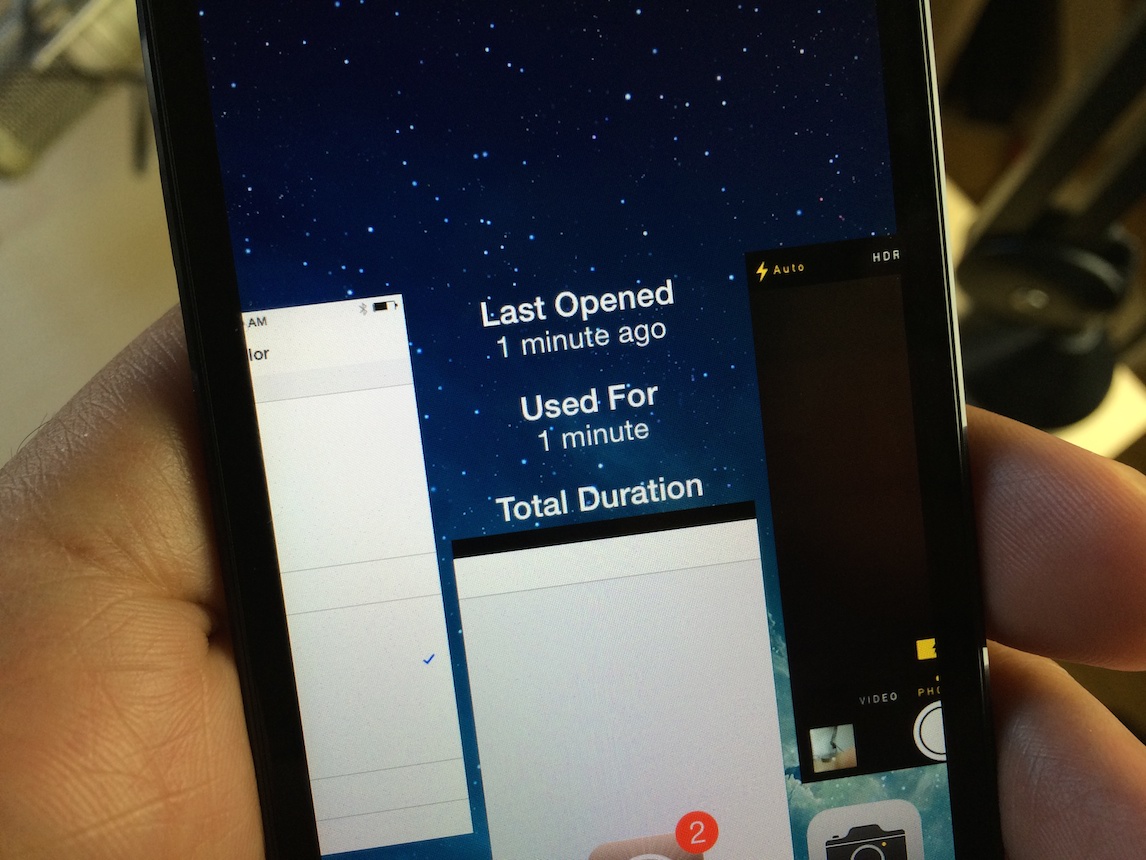 The app switcher in iOS 7 allows you to swipe up on the pages listed there to kill the apps using a simple gesture. Swiping down on the app pages results in a simple rubber banding animation that has no effect on the application associated with the page.

Wouldn’t it be cool if you could garner some extra functionality from swiping down on pages within the app switcher? That’s the basic premise behind SlideForUsage; it allows you to view basic usage statistics for the apps listed in the app switcher. Have a look at our video walkthrough inside.

After installing SlideForUsage, a fairly bare bones preference pane will be placed in the stock Settings app. Inside the tweak’s preferences, you can change the color of the text that resides underneath each app in the app switcher.

Sliding down on an app in the app switcher reveals the app’s last opened time, how long the app has been used, and total duration of usage. Swiping down on the first page of the app switcher, the SpringBoard page, showcases text that displays the last time since reboot.

I should mention that SlideForUsage was a little laggy while running on my 5th generation iPod touch. It ran a lot smoother on the A7 powered iPhone 5s, but the tweak’s preference bundle doesn’t work on 64bit devices as of yet.

SlideForUsage is a good way to monitor usage time, and a fairly ingenious method of getting more functionality out of the stock app switcher. You can find the tweak for free on Cydia’s ModMyi repo. Let me know what you think about it down below.