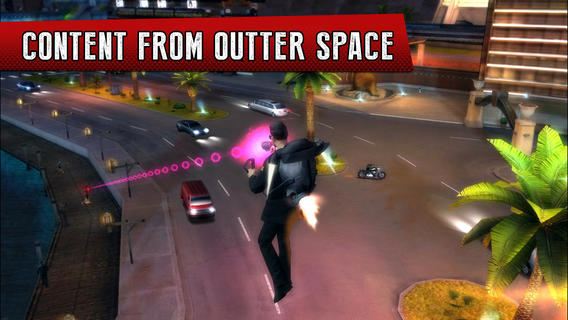 French games maker Gameloft has released an interesting new content pack for Gangstar Vegas, the latest installment in its Grand Theft Auto series which hit the App Store in June of last year.

Available in the App Store as a free update for existing users, the Gangstar vs. Aliens content pack pits you against – what do you know – aliens! The game is still set in the City of Sin and this update brings back the jetpack while adding additional missions, weapons, costumes and vehicles.

If you live Gangstar Vegas, strap on your jetpack and kick some alien butt in the Gangstar vs. Aliens update…

This version includes the following enhancements:

Check out the intro trailer.

The massive 1.63GB download is compatible with an iPhone, iPod touch and iPad running iOS 6.0 or later.