Your wild trip through Las Vegas starts today: French games maker Gameloft has just released the latest Grand Theft-inspired open world action game on the App Store. Gangstar Vegas has you rolling up on a new trip through the City of Sin, the outrageous Las Vegas.

There are 80 missions in the initial release and maps are nine times the size of previous Gangstars. You can play either in a story mode, with challenges like races, fights, carnage missions and breaking the bank in casino games. Oh, and you get to play as a mixed martial arts fighter…

Ganstar Vegas makes use of the Havok physics engine which takes care of the realistic ragdoll effects during fights and stunts.

And as you could imagine, the game comes packed to the gills with a bunch of weapons like like Molotov cocktails, flamethrowers and an electric guitar (!). 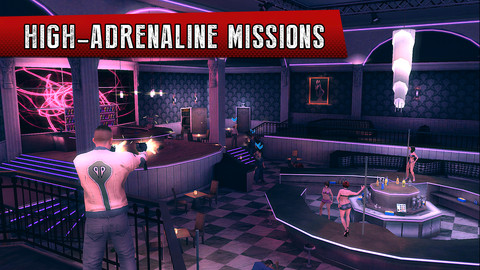 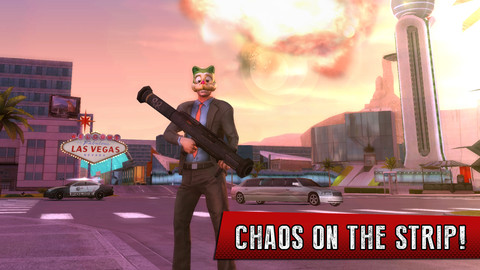 And don’t worry, you’ll be able to sit behind the steering wheel of all sorts of crazy vehicles such as monster trucks, muscle cars and fighter jets, to name just a few. 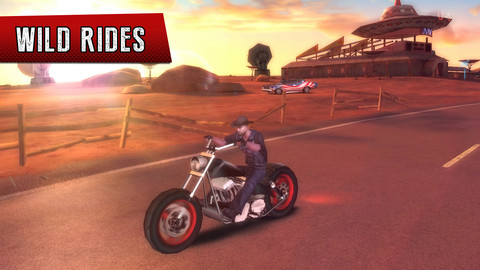 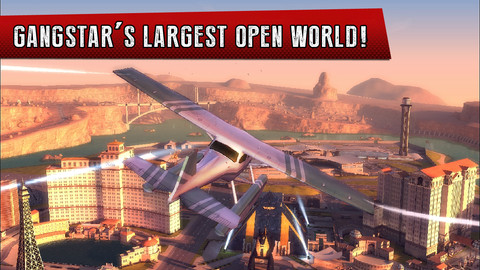 The game allows for character customizations that include both appearance and skill upgrades.

The massive 1.4GB download costs seven bucks and runs natively on the iPhone, iPod touch and iPad. For the impatient types, an additional $2 in-app purchase buys you a Puny Cash Bundle to spend on those upgrades.

The app is “coming very soon” to Android devices.

Gameloft has several titles in the Grand Theft Auto series on the App Store.