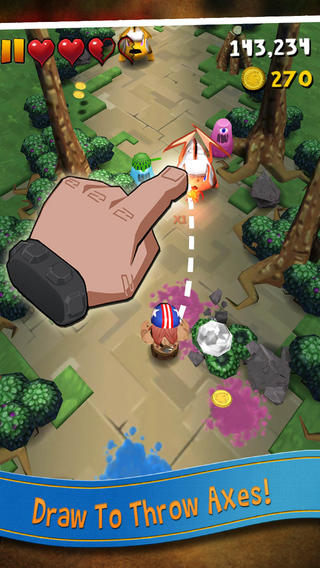 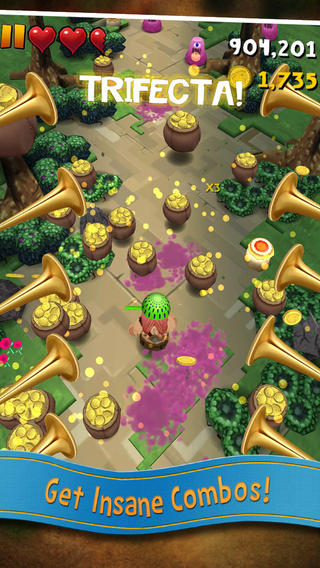 It’s Thursday and those of you who routinely follow Apple’s ongoing Free App of the Week promo know what to expect. That’s right, the App Store editors have cherry-picked a new iPhone and iPad application, a game this time around, and slashed it to zero bucks for a limited time.

Max Axe, a humorous arcade frenzy by ChangeYou.com (a publisher of free to play MMORPGs), is now available free of charge until next Thursday (it normally costs $1.99).

Released last October and featured by Apple as a ‘Best New Game’, Max Axe is an over-the-top infinite runner which has you killing beasts by drawing with your finger to throw axes.

Take on the role of Max, a barbarian berserker on a quest for total destruction and massive loot. Draw axe paths outward from Max to slay foul beasts, collect ridiculous treasure drops, and score crazy point totals. Compete with friends to rule the leaderboards. 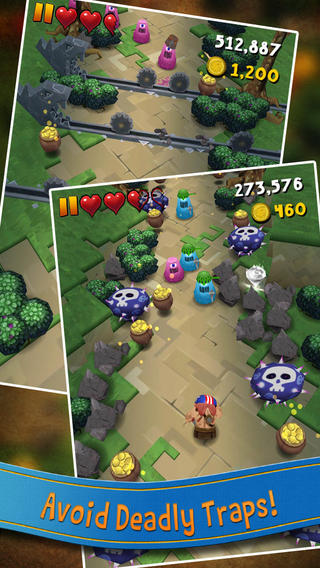 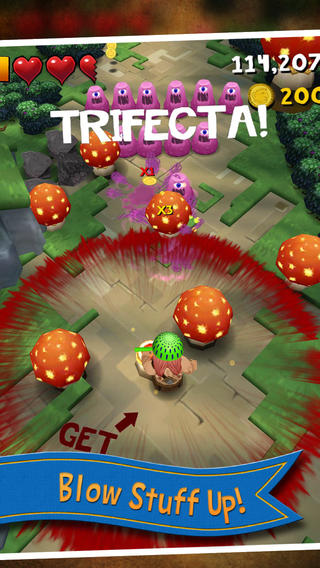 The concept may sound absurd on paper, but it’s an addictive and downright hilarious game so do give it a whirl – it’s been slashed to $0 so you can hardly go wrong.

Max Axe features an addictive mechanic: draw the path of an axe with your finger, then watch Max throw an axe along that line. You can throw carefully, or machine-gun out a flurry of axes.

With each throw, players try to get combos of coins, gems, or monsters in order to unleash massive loot drops and ludicrous effects. You won’t believe your eyes, and that’s not just because of the juicy Retina graphics.

But don’t take my word for it, here’s this gameplay vid.

That’s a nice chiptune score and I’m a big fan of chip music!

Download Max Axe free of charge in the App Store.

The download comes in at 55.7MB. It’s a universal app so no matter the device (as long as it runs iOS 6.0 or later), Max Axe will take full advantage of the screen real estate.

If you’ve played this game, feel free to share your impressions with fellow readers down in the comments.