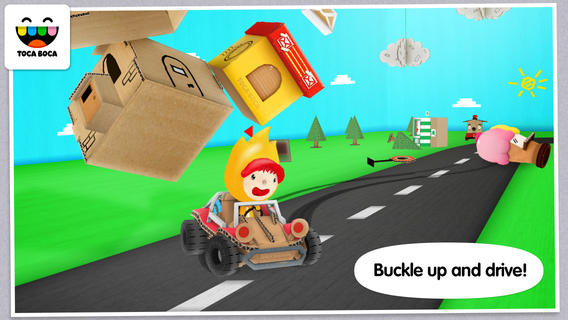 I hope you have downloaded the excellent Spark Camera which was made temporarily free thanks to Apple’s ongoing Free App of the Week promotion. Every Thursday a new paid app picked by Apple’s editors goes free for a limited time in the App Store as Apple’s way of thanking fans for their loyalty.

As Spark Camera today returns to its original $1.99 price, a new app has gone free until next Thursday, Toca Cars. Originally released last September and normally costing $2.99, this charming kids driving game from Toca Boca (a studio that makes digital toys for kids) has a 4.5-star rating and was never free, until today.

No rules apply to these roads in this super fun educational app for kids. Cruise through big puddles of ice cream, fly off jumps into a lake or build a huge pile of houses, stop lights, and mailboxes and drive right through. Ready, set, GO!

Isn’t it cool that the game world is all recycled cardboard? 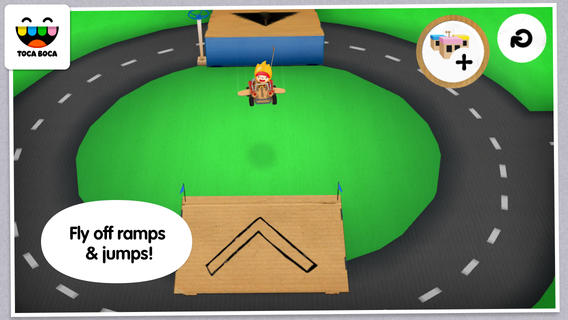 This includes the little things such as the little dog that may chase you. Cardboard styling may be due to legal reasons: there’s no danger or ill intent in bumping a cardboard tree or knocking over the cardboard stop sign, I guess. 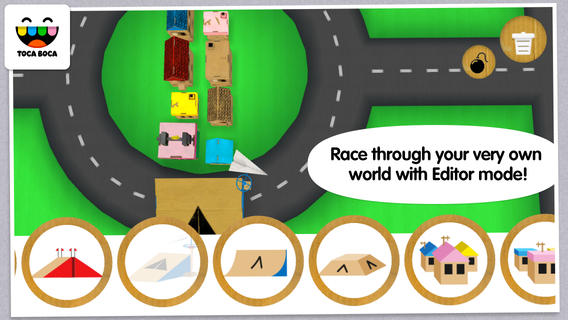 As a bonus, there’s an in-game editor where kids between 3-9 years can create their own tracks, races, jumps, trees, houses, animals and what not.

Best of all, Toca Cars has no third-party advertising or in-app purchases.

Download Toca Cars free from the App Store until next Thursday.

The 39MB download is universal and requires iOS 5.0 or later.