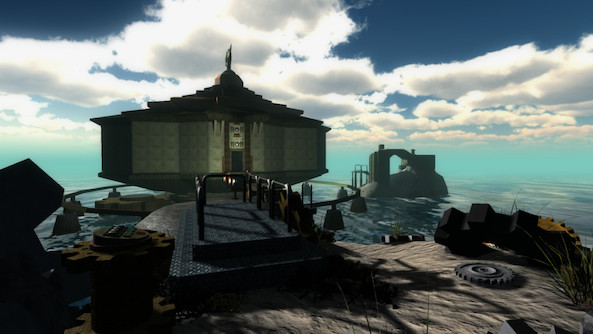 Twenty years ago, a mysterious and complex puzzle adventure game won the hearts and minds of PC gamers. The wickedly complex puzzles and deeply involving storyline created millions of fans and spawned a few remakes and an equally complex sequel, Riven.

realMyst was one of the remakes, and features free-roaming 3-D graphics and a few awesome features that make it more game-like and less two-dimensional. The 20th anniversary version of the original game has recently been launched in the Mac App Store under the title realMyst: Masterpiece Edition…

In this new version, the models and textures have been updated, the environments have been enhanced to include more realistic background animations, and the interface has been redesigned to make it easier for beginners and old fans of the game.

Players can walk around and explore Myst Island in real time, including picking your own path. The game’s audio and graphics have been improved with the sounds of crickets, falling leaves, and surprise thunderstorms. 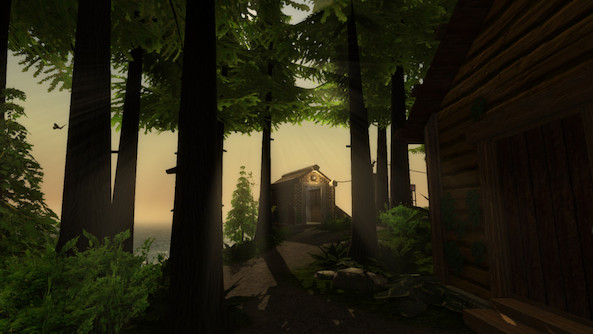 If you prefer the “old school” version of Myst, you can switch back to the original game with just a click. In this flatter version, you move from scene to scene using still-shot movement. You can even check out the original images from Classic Myst by holding down the shift key as you walk along.

If you don’t know the legacy of Myst, the game is a first-person adventure where players interact with certain objects, usually puzzles. Players click the screen to move forward and the background fades from one to the next, making it seem like you are walking around.

The plot involves exploring the Island of Myst as “the Stranger.” In the first person point-of-view, you will follow a quest that involves a family, betrayal, and magic. Transport to different Ages to solve puzzles and find clues to finding Atrus.

If you played Myst in the early 1990s, you’ll be excited to know that this game include all of the original Myst Ages, plus the Rime Age. In this updated version, you will experience day and night. You’ll even be outfitted with a flashlight to help you roam around in the dark. 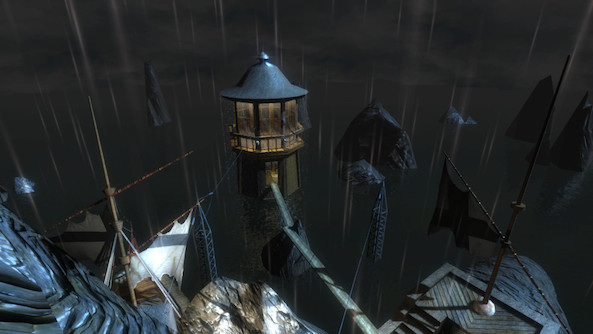 The familiar Myst soundtrack will keep you on edge as you point and click through the Ages. If you find yourself stuck on a puzzle, use the realMyst Hint Guide to walk you through the challenge.

realMyst: Masterpiece Edition is available for Mac OS X 10.6 or higher for $17.99. Download it in the Mac App Store today.

Are you a fan of Myst? Will you be downloading the game as soon as you finish reading this sentence? If you don’t own a Mac, you can get the Windows version (as well as a Mac version) on Steam.