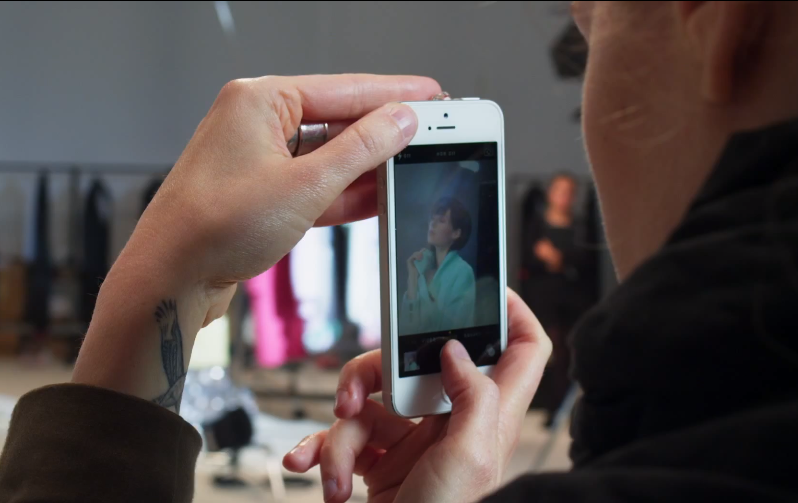 Apple has added a new video to both its YouTube channel and iPhone marketing page called ‘On the runway with iPhone 5s.’ The clip contains footage from the Burberry Womenswear Spring/Summer 2014 fashion show from last September.

For those who missed our original post on the fashion show, Apple handed out then-pre-release iPhone 5s units to Burberry employees to cover the event. Their footage highlighted the handset’s image quality and new slow-motion feature…

The collaboration between the two companies was seen at the time as a mutual marketing stunt, but there may have been more to it than that. A month later, Apple announced it had hired Burberry CEO Angela Ahrendts as its new SVP of retail.

At any rate, we have yet to see the above clip air on TV yet, but its familiar 30-second length suggests Apple plans to run it as a commercial at some point.