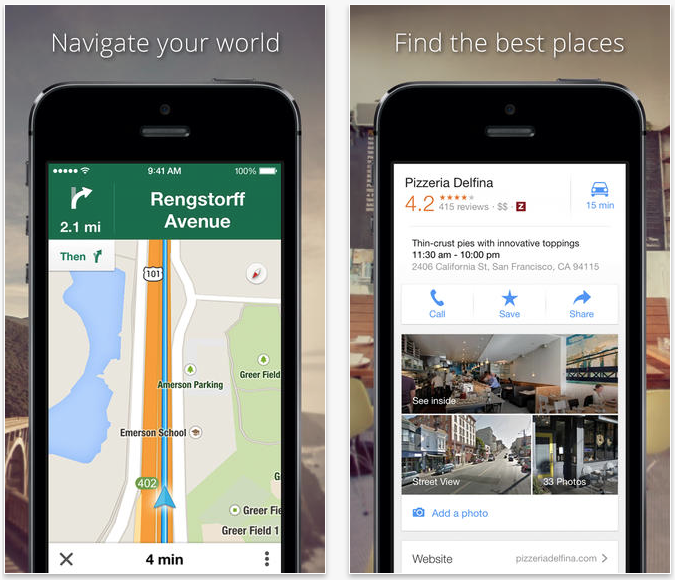 Despite being kicked off iOS in the fall of 2012, Google Maps has managed to maintain a high profile on Apple’s platform. Released as a standalone app that same year, Google’s Maps app offers a solid alternative to the stock application.

And it gets even better today. Google posted an updated for its iOS Maps app this morning that adds a new ‘faster route’ feature. Now, when you’re heading towards a destination, you’ll get notified when a faster route becomes available…

Here are the release notes for Google Maps 2.6:

Even though the new feature is the only one in this update, it’s fairly significant. Imagine you’re running late to a concert being held at the heart of a busy city. Wouldn’t it be nice to know, at all times, that you’re taking the fastest route possible?

If that’s not enough to make you want to check out the latest version of Google Maps, I’ll remind you that the app received another update back in December which added the ability to pull up flight, hotel and restaurant data from Gmail.

Google Maps is available in the App Store, for both the iPhone and iPad, for free.