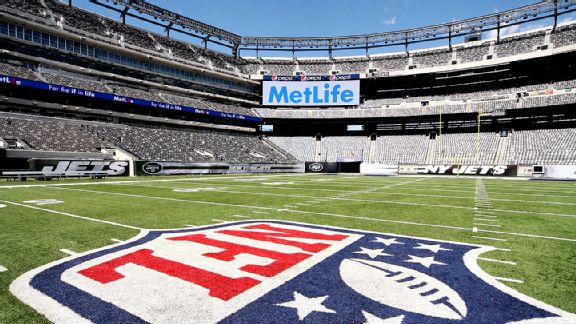 Apple’s iBeacon technology seems to be catching on rather quickly. Just introduced at WWDC a little over 6 months ago, it’s already being deployed in grocery and retail stores, several Major League Baseball ballparks, and now apparently NFL stadiums as well.

The New York Times is reporting that the National Football League has installed iBeacons at MetLife Stadium, which is hosting the Super Bowl on Sunday, as well as Times Square. They’ll be used to help folks find their way around town, and then to the big game…

“The Super Bowl remains the biggest mass-market advertising event in the country. But this year, a new kind of advertising — personalized and based on physical location down to a matter of feet — will greet fans in Times Square and MetLife Stadium, where this weekend’s championship game will be played.

At both locations, the National Football League has sprinkled tiny wireless transmitters that can send finely tuned messages to smartphones. It is the boldest test yet for a months-old technology that could change how brands of all sorts market to their customers.”

For now, Wingfield says, the alerts are mostly limited to helpful tips, such as where nearest entry gate of the stadium is, or the restrooms. And in Times Square, the iBeacons can tell users where to buy a jersey for their favorite team, or direct them to tourist attractions.

It’s cool to see all of these companies and professional sports leagues taking advantage of Apple’s iBeacon tech. As we’ve said before, when you combine iBeacons with Passbook and Apple’s rumored mobile payment service, things could get pretty interesting for users.