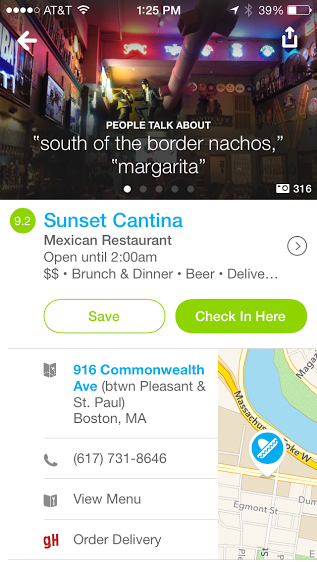 A fresh update to Foursquare’s free iPhone and iPad application has enabled an interesting new feature: from now on, whenever you fancy a bite – be it breakfast, lunch or dinner – you can use either the mobile app or the web interface at foursquare.com to find nearby restaurants that accept orders from Grubhub Seamless, the popular U.S. based online food ordering company.

You’ll notice a new GrubHub or Seamless icon when browsing a place in Foursquare. Just tap it to place your order through GrubHub Seamless. To retrieve a list of nearby restaurants that will bring food to you and your hungry friends, simply search for ‘delivery’ (example: ‘taco delivery’)…

Foursquare said the feature will go live on Foursquare.com, Android and iOS starting today via a silent backend update. Over 20,000 GrubHub Seamless restaurants in hundreds of cities across the United States are searchable and accessible via the app.

Previously, you would go to the Foursquare app’s Explore tab to find an eatery, switch to a standalone Grubhub app, Delivery.com or some such, search for that same restaurant and then place an order. 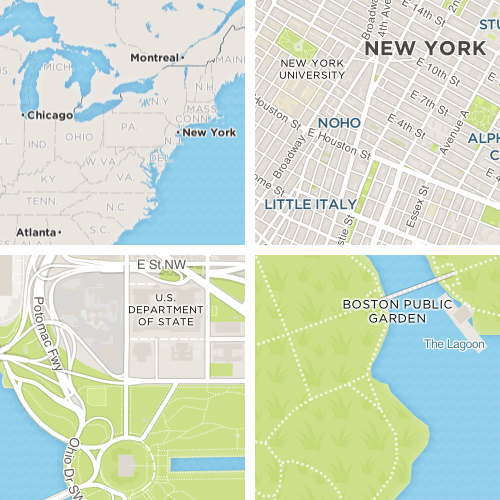 Admittedly, the figure pales in comparison to Twitter and Facebook but on the other hand you’d be wise not to compare apples to oranges, according to co-founder Dennis Crowley’s October 2012 interview with PandoDaily.

I think a lot of people are starting to get it. It’s not like ‘oh, Foursquare is just mayors and points and badges. This is the best local search on the planet.

It’s funny, because people compare the numbers, like, you haven’t hit the scale that Facebook or Twitter were when they were at this stage. It’s a utility. It’s meant to make your day a little bit better.

Foursquare 7.0.2 is available free in the App Store.