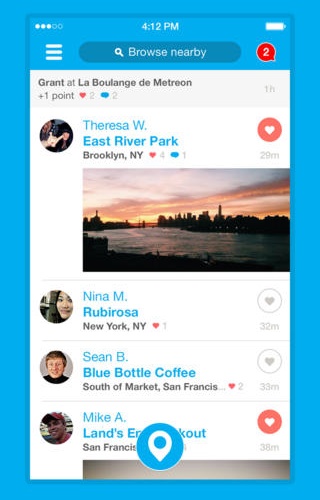 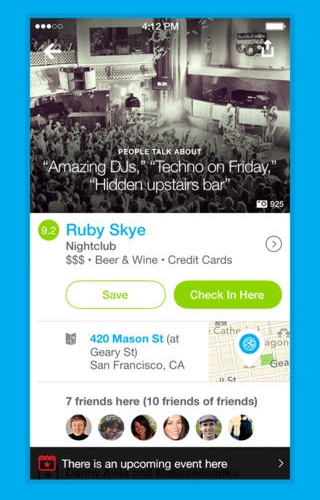 Foursquare, the location-based social networking website, has seen the September 18 release of iOS 7 come and go without a matching update to its iOS app on its part.

The company last month issued a fairly significant update that brought out a new recommendations feature which sends you useful location-based information, in real-time, like current specials at a restaurant.

Today’s update finally brings Foursquare for iPhone and iPod touch on par with iOS 7 aesthetics. Foursquare is one of those apps that already had light design of sorts, but now it’s much prettier and easier on the eyes…

Release notes state that “everything is new” in Foursquare version 7.0.

In addition to the complete iOS 7-focused makeover, Foursquare is now smarter and faster. The new experience begins with a more streamlined continuous feed of friends, with a series of tips running above the feed that you can swipe through.

The sidebar has also received a significant visual makeover and now shows your profile photo and name, along with quick shortcuts to your Home, Friends, To-Do List, All Lists and Settings. 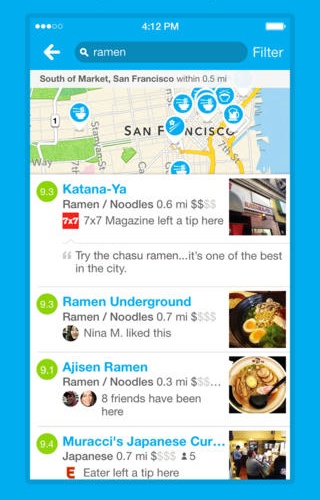 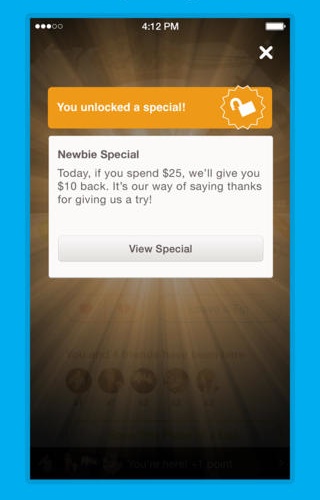 The app’s home screen now splits check-ins feed into Worldwide and Nearby, conveniently at the expense of the built-in map and trending events that used to occupy much of the screen real estate. It’s another visual change that brings order to the continuous flow of information and improves legibility.

Taking advantage of the new iOS 7 technologies that support background execution and data retrieval, Foursquare can now highlight points of interest such as the best thing to order or a money-saving special right after you arrive somewhere new, even if the app isn’t open.

These alerts pop up right on your Lock screen. 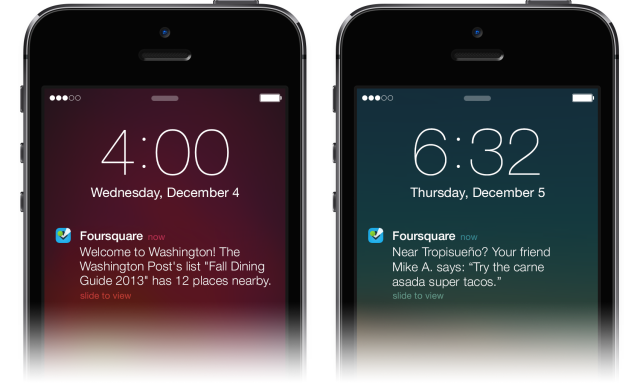 This Foursquare Radar feature has been in testing for months and is now available to everyone. According to the company, they carefully designed these location-based notifications with battery performance in mind.

According to Matthew Panzarino of TechCrunch, “Foursquare is investigating using the new frameworks and Apple’s M7 chip in future releases, but that’s not in this release”. 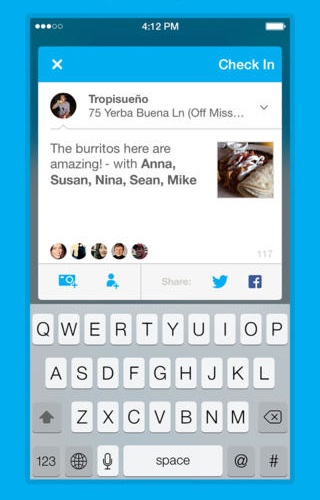 We shuffle the deck every time you open the app so you don’t miss a thing. Just swipe to explore great tips, find money-saving specials near you, and check out the feed to see where your friends are tonight.

By the way, Foursquare has moved its existing blog over to Tumblr so you may want to update your bookmarks.

Back in October, the startup revamped its web interface with a flattened look and new features, including the useful city guides, deals and specials and other real-time recommendations.

The download comes in at 17.4MB and requires an iDevice running iOS 7 or later.