We’re still discovering the many ways Apple has celebrated the Mac’s 30th anniversary. The multi-faceted festivities include a prominent section on Apple’s homepage providing a visual timeline of all Mac models since 1984, a nice ‘Happy Birthday, Mac’ section on the Mac App Store highlighting apps and games that capture the spirit of what makes the Mac a Mac, aptly-themed Apple Store window displays and commemorative posters at Apple’s HQ listing all former and current Apple employees, to name a few (bonus: MacWorld and ABC interviews).

This one tidbit comes from iOS developer Greg Barbosa who discovered a charming font on Apple’s servers which contains pictograms of various Mac models. I suggest installing the font ASAP as Apple could pull it at a moment’s notice…

According to Greg (via TechCrunch), this is Apple’s custom-made font as it can only be downloaded from Apple’s servers via this link. The tiny 135KB font package will get saved to your Downloads folder as a .TTF file.

Double-clicking it launches a font preview window, as seen top of post.

To permanently install the font on your Mac, hit the Install Font button in the lower right. This is a vector font so the icons are crisp regardless of your screen resolution, output device or font size.

Here’s a screenshoted example of the icons at the font size of 228 points. 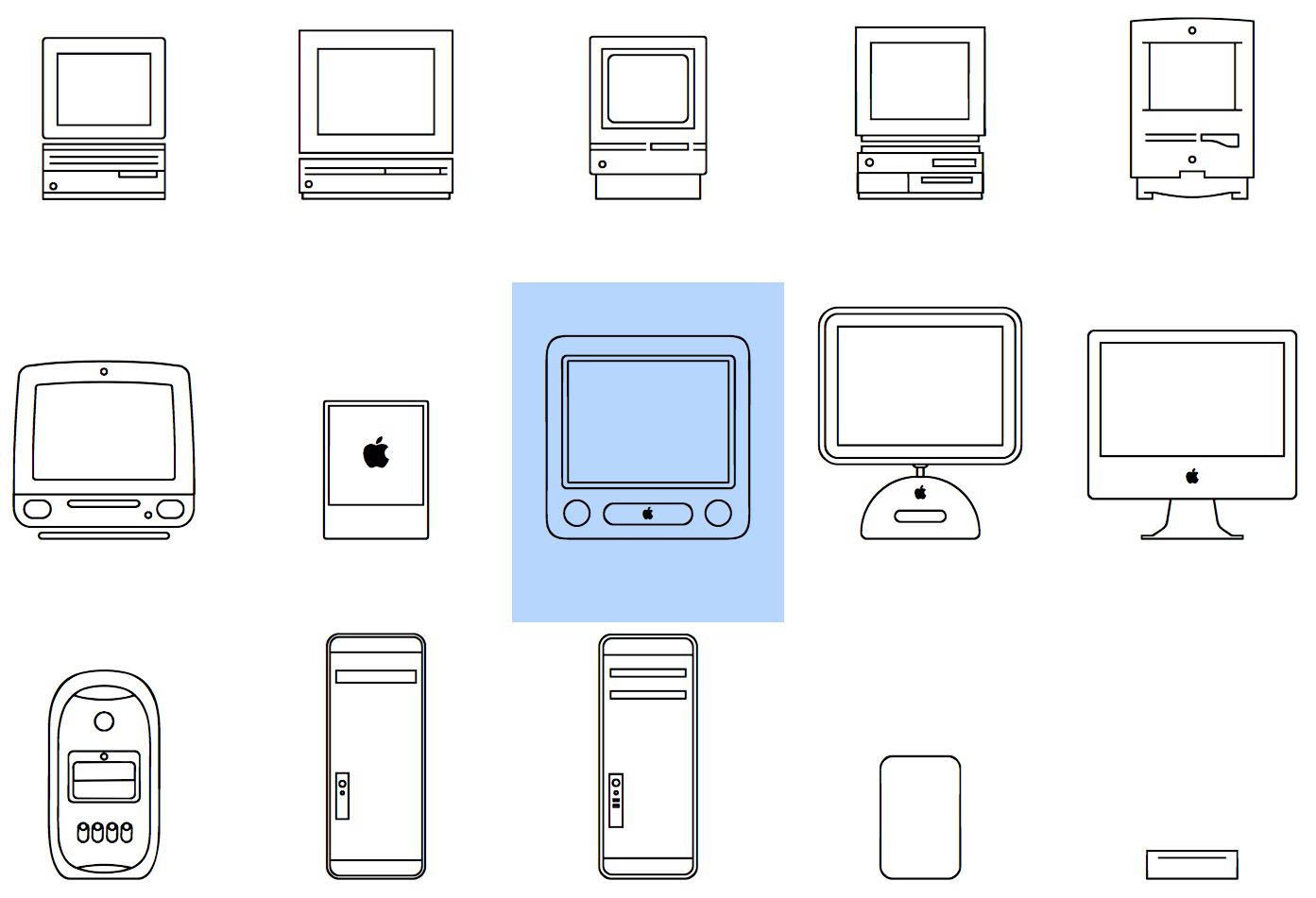 Note that Apple stored the icons as special private characters so you can’t just select the newly installed font in your word processor application and type to use the characters as you would a normal font.

This is where copy-paste comes into play.

Locate the stock Font Book application in your Applications folder and launch it (you could also Spotlight-search it). Next, locate the ‘mac-icon-standard’ font, select a desired Mac model icon from the font, copy to clipboard (Command-C) and then paste into other application (Command-V) as you normally would.

Again, this is a non-standard font so avoid using these icons in email messages, instant messaging communication or elsewhere on the web.

Hope you enjoy these beautifully designed line drawings of Macs throughout the years.