And guess what? King won the trademark last week and is now asking fellow developers to remove games with ‘candy’ in their name. The full story is right after the break…

According to Gamezebo, the Candy Crush Saga developer is already sending its legal sharks after several developers who they claim infringe on the ‘candy’ trademark.

This is what the company’s lawyers wrote in a letter to Hsu:

Your use of CANDY SLOTS in your app icon uses our CANDY trade mark exactly, for identical goods, which amounts to trade mark infringement and is likely to lead to consumer confusion and damage to our brand. The addition of only the descriptive term “SLOTS” does nothing to lessen the likelihood of confusion.

The best independent developers can do is hire a lawyer to argue they don’t infringe by providing evidence proving they came up with a name for their app independently.

Most developers, however, don’t have the financial resources to take on King. The message is clear: steer away from using the word ‘candy’ in your app name or else…

If you ask me, someone should have that trademark invalidated. 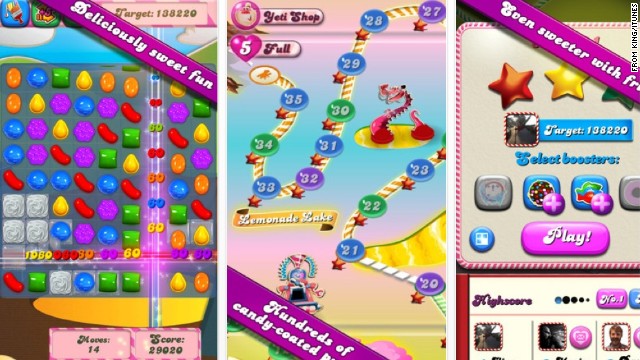 King’s move is similar to Facebook-owned Instagram, which recently updated brand guidelines to prohibit third-parties from using ‘Insta’ or ‘Gram’ in their app names.

In a similar move, FarmVille creator Zynga back in 2012 took PyramidVille developer to court, citing consumer confusion stemming from the app’s name.

As of November 2013, Candy Crush Saga racked up half a billion downloads on Facebook, iOS and Android. The game is available free in the App Store.

I still don’t understand how anyone can trademark a word like ‘candy’.