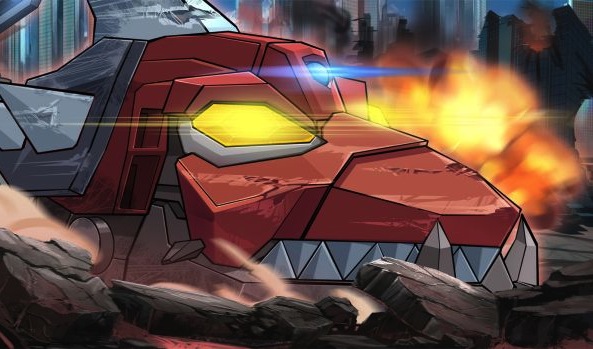 It seems like today has been a big day for game releases. Cut the Rope 2 landed in the App Store this morning, followed by Sony’s new Ratchet & Clank game. And now we have a new release from Halfbrick Studios.

For those unfamiliar with Halfbrick, they’re behind several very successful mobile games including Jetpack Joyride and Fruit Ninja. And today they’re out with a new iOS title called Colossatron: Massive World Threat…

“Take charge of a giant robotic snake and smash through cities with ease as you fight to create the most fearsome weapon of all time. Your objective is simple: DESTROY EVERYTHING!

Build and shape Colossatron to overcome the formidable forces of General Moustache and his military units. Battles will intensify quickly as tanks, boom trucks and even aerial bombers swarm Colossatron in seemingly overwhelming numbers.

The key to victory lies in building Colossatron by attaching colored Powercores as they appear. Different colors and unlockable gadgets can be combined to form bigger, badder weapons and stronger Powercores, with thousands of potential combinations. Use everything at your disposal to become the ultimate Colossatron strategist!”

And a video via TouchGamePlay:

Colossatron: Massive World Threat is essentially a tower defense title that has you managing a massive robotic snake known as the—you guessed it—Colossatron with just one goal in mind: destroy as much stuff as you can.

Initial feedback on the new game has been very good, and at the time of this writing, it has a 4.5 star rating in iTunes. I don’t necessarily like tower defense games, but if that’s the kind of thing you’re into, you should check it out.

Colossatron: Massive World Threat is available in the App Store for both the iPhone and iPad, for $0.99.