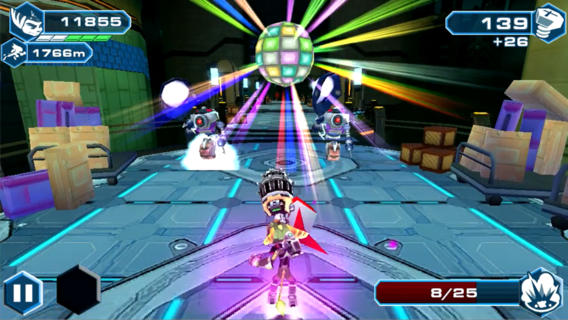 In a bit of a surprise move today, Sony has released a new game for the iPhone and iPad called ‘Ratchet & Clank: BTN.’ It’s an Infinite runner, much like Temple Run, with familiar elements from Sony’s popular franchise.

The game’s full name is ‘Ratchet and Clank: Before the Nexus’ and it features characters from the all new Ratchet and Clank: Nexus PS3 game. And bonus, you can actually sync earned Raritanium (points) between the two… 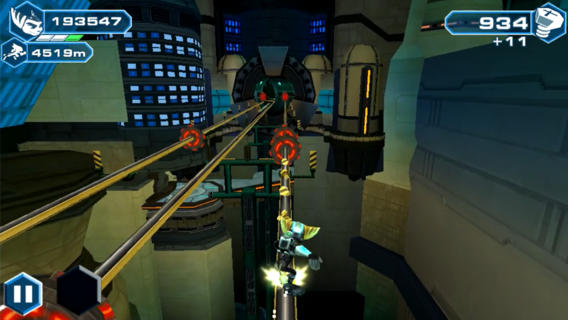 “Ratchet and Clank: Before the Nexus™ brings the excitement of infinite running to the classic Ratchet and Clank™ franchise. Fight off Vendra and Neftin Prog as well as their assortment of evil minions, including the return of Thugs 4 Less! Hop between grindrails while avoiding hazards to collect bolts that can be used to upgrade Ratchet’s weapons and armor. Collect Raritanium, which can be synced with your PSN℠ account and used in the exciting new PS3™ game Ratchet and Clank: Nexus™.”

And a gameplay video via AppsGoer:

Obviously, if you’re already playing the latest PS3 Ratchet and Clank game, grabbing this is a no-brainer. But to be honest, from my short time playing with Ratchet and Clank: BTN, it looks like a solid standalone game as well.

If you want to check it out, Sony’s Ratchet and Clank: BTN is available in the App Store for free.