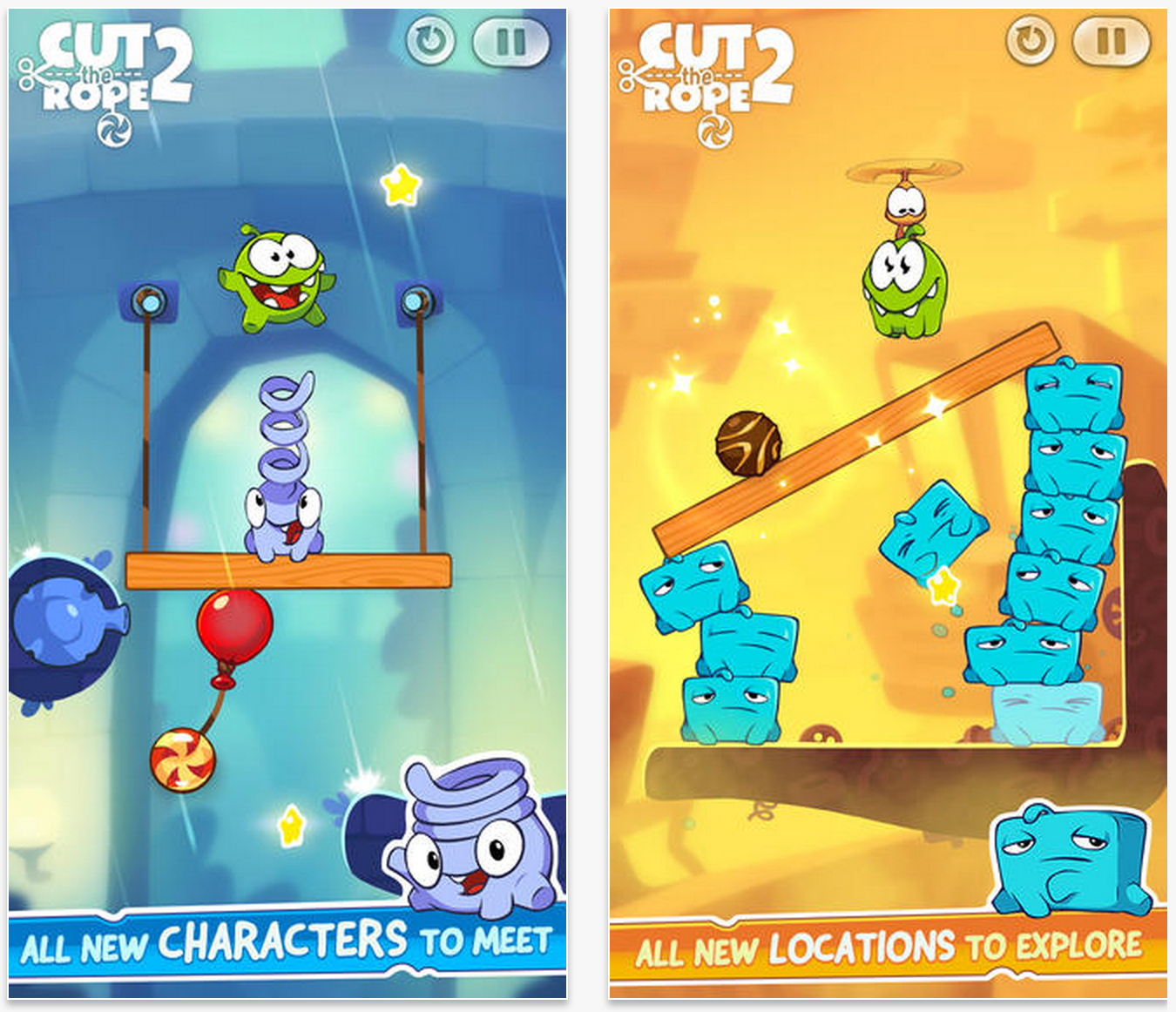 Great news gamers, ZeptoLab’s Cut the Rope 2 is now available in the App Store. The original game, which involved solving a series of puzzles to feed a cuddly little monster named Om Nom, made its debut on the iPhone back in 2010 and has been very popular.

And after some 3 years and half a billion downloads, Om Nom is back for this highly-anticipated sequel. This time he’s more interactive, and is joined by 5 new characters—the Nommies—which will help him get through the more than 120 challenging new levels… 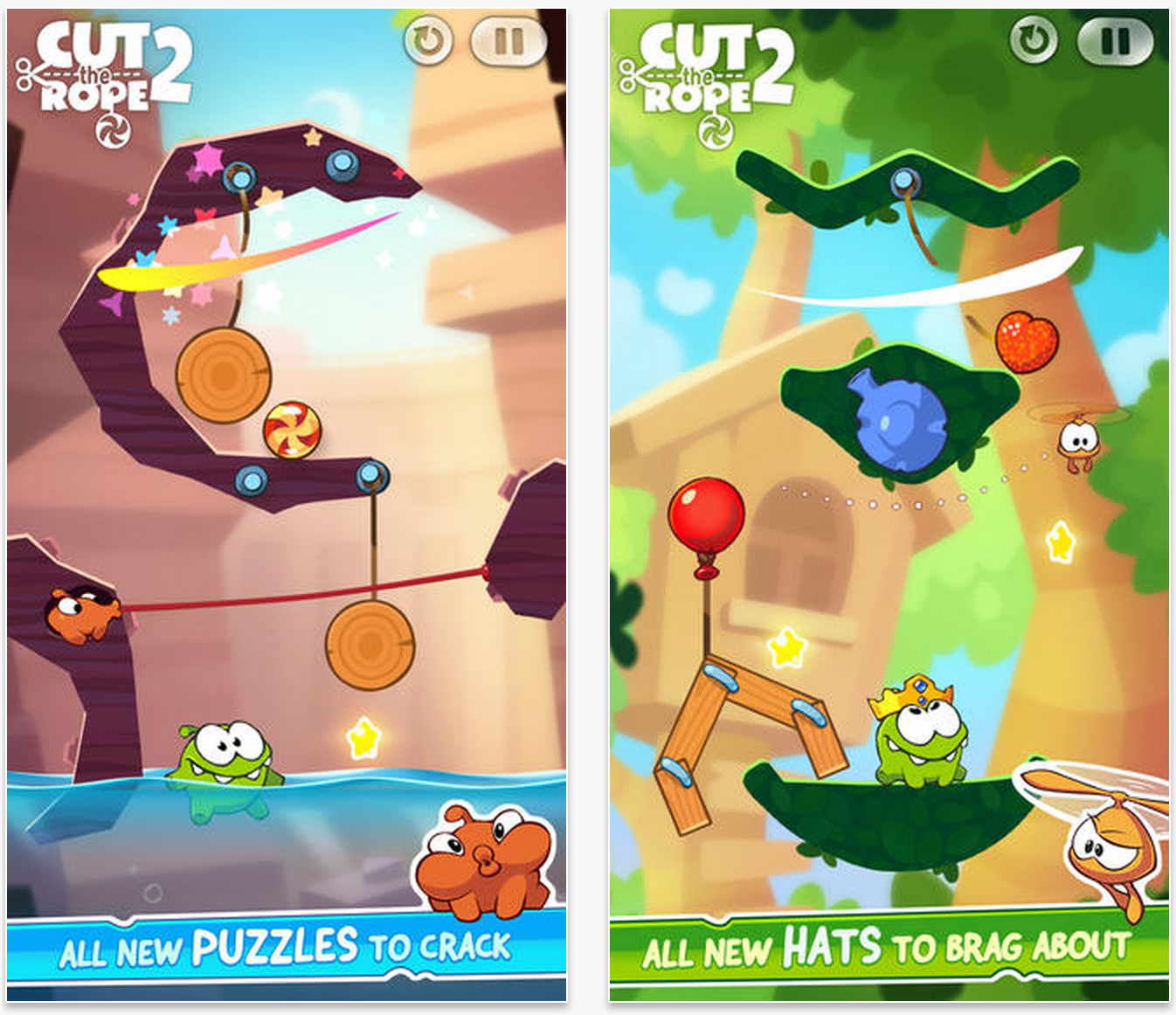 SWEET! Cut the Rope 2 has arrived! With new characters, fresh gameplay elements, tricky missions, and, of course, Om Nom, candy collecting has never been so fun! In his unexpected adventure, Om Nom breaks out of his box and travels through lush forests, busy cities, junkyards and underground tunnels, all in pursuit of one goal – CANDY! Along the way, he encounters the Nommies, the cutest candy collecting helpers a little green monster could wish for!

And here’s a breakdown of what’s new:

The good news is, the game hasn’t been ruined by the freemium model. There are some in-app purchases, but you won’t have to pay more than the initial price to enjoy the title. If you’re interested, Cut the Rope 2 is available in the App Store for both the iPhone and iPad for $0.99.