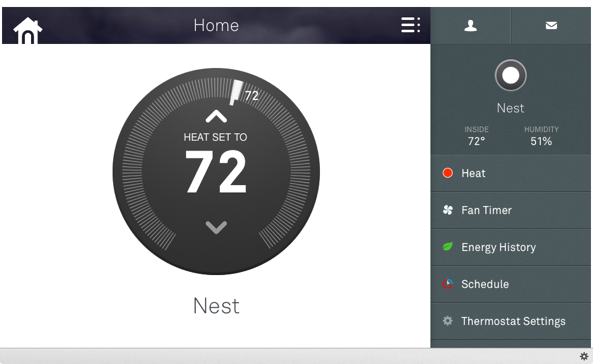 I wouldn’t call myself a Nest Learning Thermostat early adopter, but I did acquire one fairly early in the game, and I haven’t looked back. The Nest, as you’re likely well aware of, is the new-aged thermostat from iPod designer Tony Fadell. The Nest allows users to control the thermostat from anywhere in the world using a web browser, or by using an iOS app for the iPad or iPhone.

Mac users have sort of been left out in the cold; pun intended. Desktop users have basically been relegated to using the web browser in order to control the Nest, as there is no official Nest app available for OS X. The good news is that developer Joseph Workman has taken the initiative to wrap the Nest’s web interface into a handy utility called Climate, and it runs in the Mac’s menu bar. This makes it so that you can quickly access the Nest’s temperature controls and other features from anywhere on your Mac.

We’ve taken the initiative to create a video walkthrough in order to showcase to you how Climate works, and why it’s so beneficial to Mac users. Jump past the break to see all the details.

To be clear, Climate is not a standalone app that takes advantage of a complex API provided by Nest in order to create a custom app interface. If you login to your Nest’s web interface via Nest.com, you’ll find the exact same interface used within the Climate menu bar utility. In other words, Climate is basically a web wrapper.

Another feature than I really appreciate about Climate is the fact that it can display the current temperature right on the menu bar icon. You can also choose between displaying the outside temperature or inside temperature by means of the tool’s preferences. If you’d prefer to omit temperature readings altogether, you can instead opt for the leaf icon to be displayed. 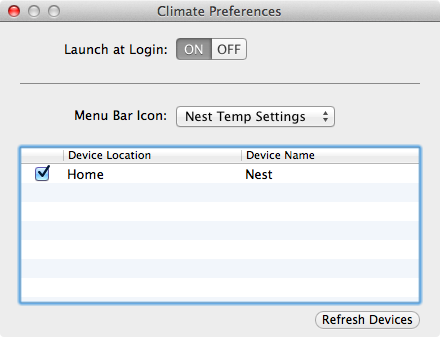 If the Nest’s web interface wasn’t as incredibly robust as it is, then Climate’s usefulness would be up for a more serious debate. But since the Nest has an awesome web interface, and that entire interface is now easily accessible at any time and from anywhere on your Mac, Climate is a must-have and indispensable tool for anyone who wishes to manage a Nest Learning Thermostat from the desktop.

You can download Climate (formerly MyNest) for $4.99 from the Mac App Store. Some may balk at its “expensive” price, but it’s well worth it for the sheer convenience factor alone. Needless to say I highly recommend Climate. If you own a Nest, or are considering the purchase of one, sound off in the comment section below.