Good news for folks hoping to score a new iPad Air tomorrow without having to go wait in line. A new report is out this afternoon reaffirming previous chatter that Apple will allow some users to schedule their online orders for same-day in-store pickup.

Citing sources familiar with the matter, 9to5Mac is reporting that some Apple Stores have been told to allocate a smaller number of devices for purchases handled in the morning and later in the day, leaving the rest of the inventory free for Personal Pickup…

The site goes on to say that while this process might seem like it was designed to create artificial supply constraints, it will help ensure that all customers—including those that reserved their tablet through Apple’s Personal Pickup service—get an iPad Air. 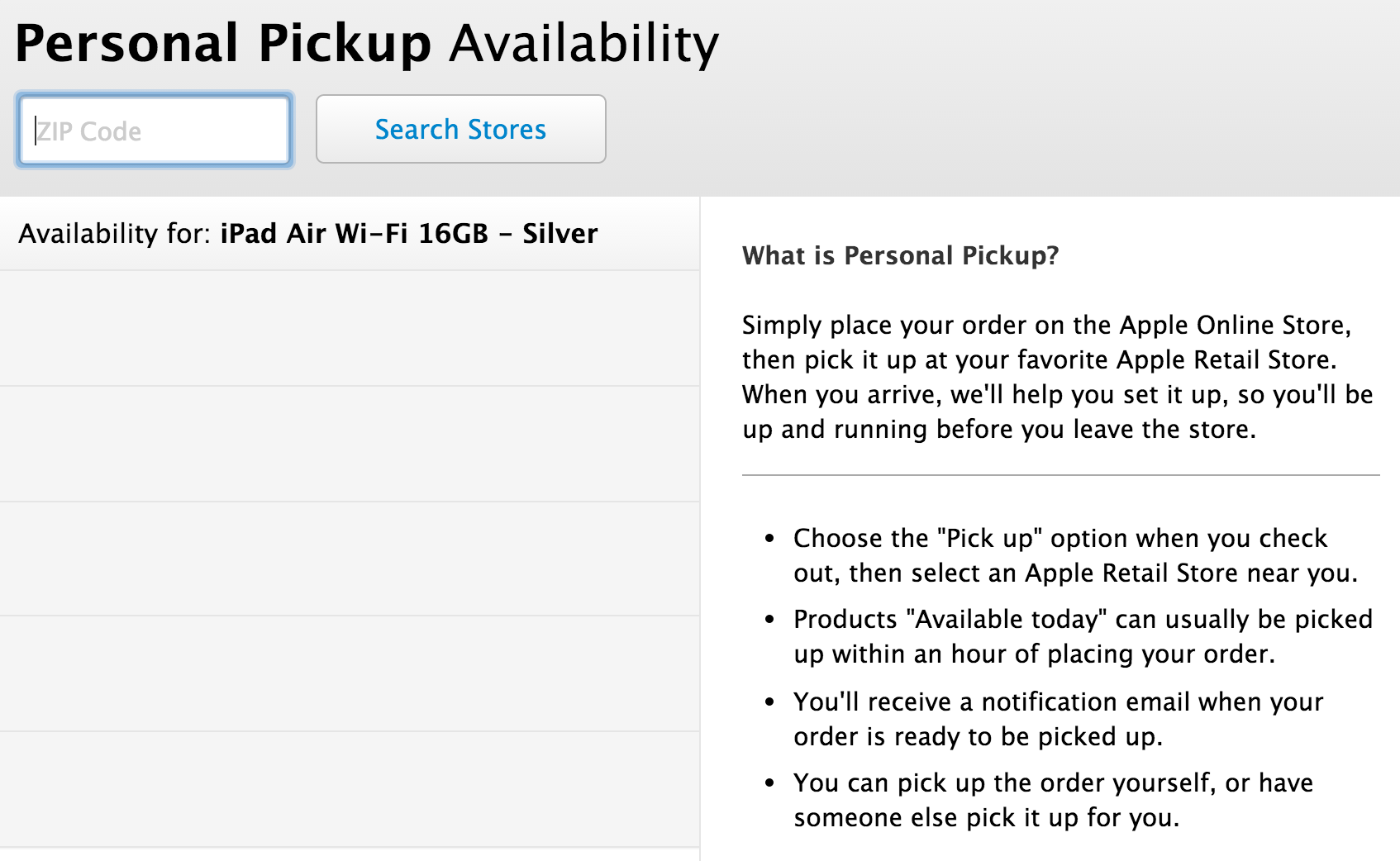 Yesterday, it was reported that Apple Stores and other retailers had begun receiving large iPad Air shipments, with some stores receiving over 500+ units. Unlike the iPhone 5s, the device is expected to be in generous supply during its opening weekend.

The Air has already launched on Apple’s web stores around the globe, and it goes on sale here in the US at 12:01 am PST. Those who are looking to stand in line can expect brick-and-mortar Apple Stores and other retailers to open for business at 8pm locally.