When Apple’s new iPad Air launches in the United States and a few dozen international markets this coming Friday, customers will be able to order their device online for in-store delivery, ready to be collected in person at a nearby store rather than wait for it to be shipped to your doorstep.

That’s the word in the blogosphere and subsequently confirmed by iDB with our own plugged-in sources and made public by Apple’s online Store.

The not-so-unexpected development indicates Apple’s confidence in its ability to meet iPad Air demand on day one, despite launching the device across a whole bunch of markets simultaneously…

The new iPad Air should surface on the online Apple Online on Friday, November 1, at 3am Eastern, midnight Pacific. After adding the device to the shopping basket, you’ll be able to mark it for shipping to your address or delivery to a nearby Apple outlet.

There should be the ‘Check availability’ link right below the ‘Available for pickup’ section on the store’s righthand navigation menu. These options typically appear after choosing your device model, storage capacity, carrier and preferred color.

The screenie below pictures Personal Pickup for the iPhone 5s. 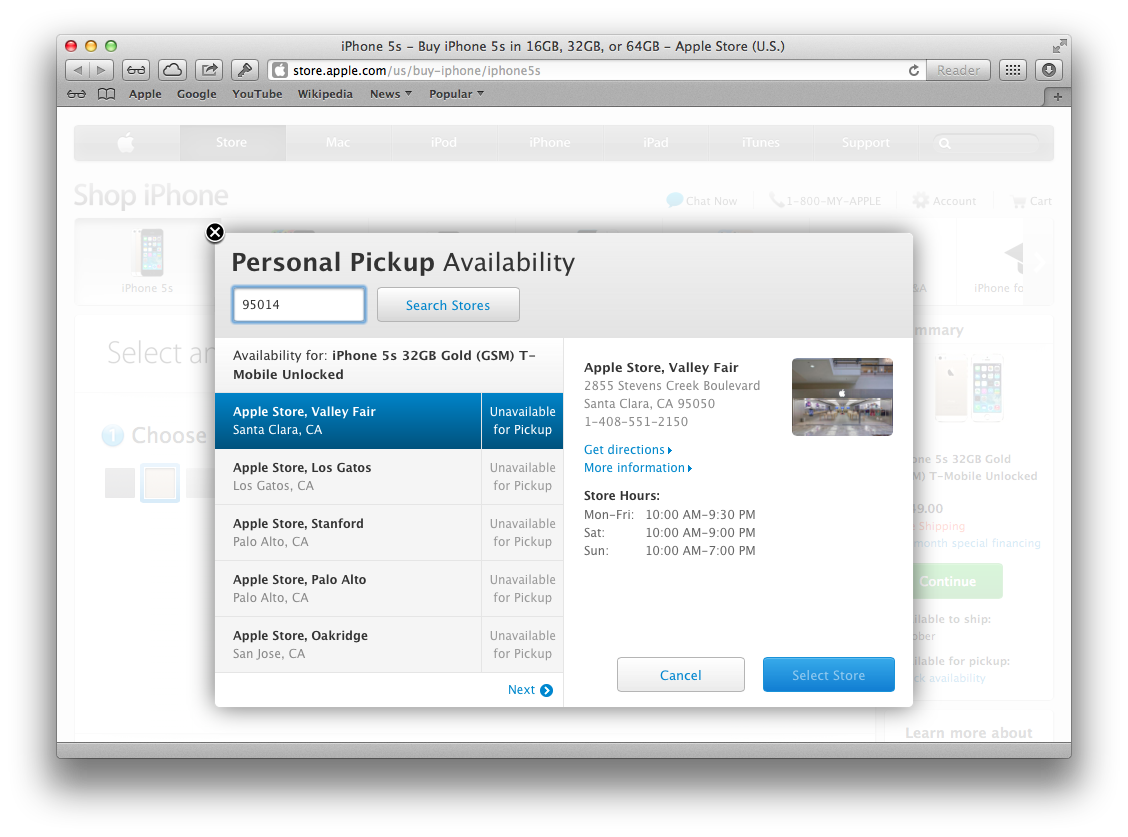 If you need more proof, head over to Apple’s China or Hong Kong online store and check out the following banner:

Reserve iPad Air online beginning at 8:00 a.m. on October 30 for pickup at your favorite Apple Retail Store on November 1. Buy one and we’ll set it up just the way you like. iPad mini with Retina display coming to stores later in November.

Personal Pickup availability is typically a sign of Apple solving the supply-demand imbalance. Last year, for example, the iPhone 5 launched without Personal Pickup to avoid putting a strain on the initial supply. As soon as the company restocked its retail outlets, in-store pickup became available shortly after.

In the case of the new iPhones, Apple added the iPhone 5s/5c Personal Pickup right following the device’s opening weekend sales of nine million units. However, having underestimated demand and its ability to quickly ramp up production, Apple had to pull the option the following day and bring it back a week later.

What do you think, is the iPad Air going to be in short supply come this Friday?