While the new iPad mini with Retina display is expected to be in very short supply when it launches later next month, the redesigned iPad Air will reportedly be very easy to find when it goes on sale November 1.

And a new report is out supporting this theory. Citing knowledgeable sources, 9to5Mac claims that Apple Stores and other retailers have begun receiving large shipments of iPad Air units ahead of this week’s launch…

Mark Gurman has the scoop:

“iPad Air units have begun arriving at Apple Stores and resellers across the world ahead of this Friday’s official launch, according to several sources. Additionally, a reader has spotted that iPad Airs have begun arriving at Walmart locations (see image above and below) and the device seems to have already been placed inside of one-store’s glass casing for iPads. The special $479 price point can be seen on the sticker on the iPad Air’s packaging.”

More interesting is the size of some of these shipments. Gurman says multiple large Apple Stores across the US have already received between 500 and 1000 iPad Air units. And some resellers are seeing similar quantities. 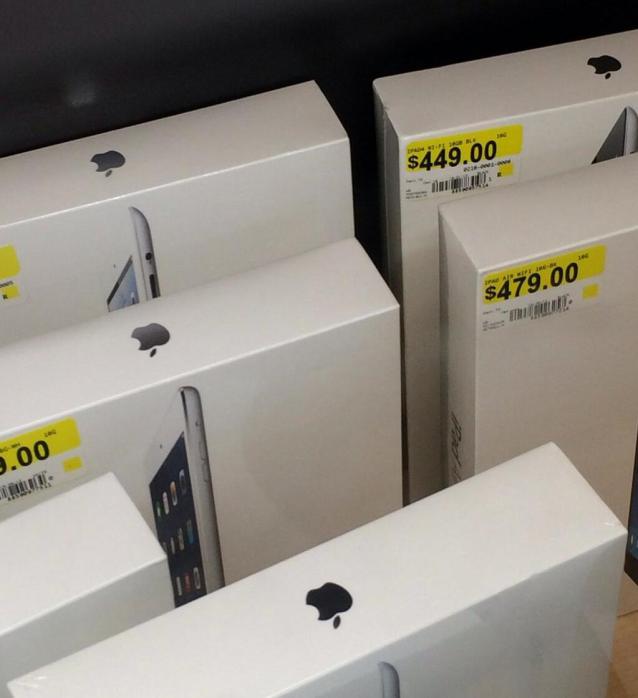 If these numbers are indicative of Apple’s initial inventory for the redesigned tablet, then the Air shouldn’t be too hard to find in stores when it goes on sale this week. That’s a huge departure from last month’s iPhone launch.

Those looking to buy an iPad Air will have a few choices when it launches on Friday. You can either order it online starting at 12:01 am and wait for it to ship, or visit an Apple Store (or other retailer) when they open at 8 am.

There will also reportedly be a third option, which will allow users to purchase an Air online and then schedule to pick it up at their local Apple Store on launch day. But this has not been confirmed by Apple yet.