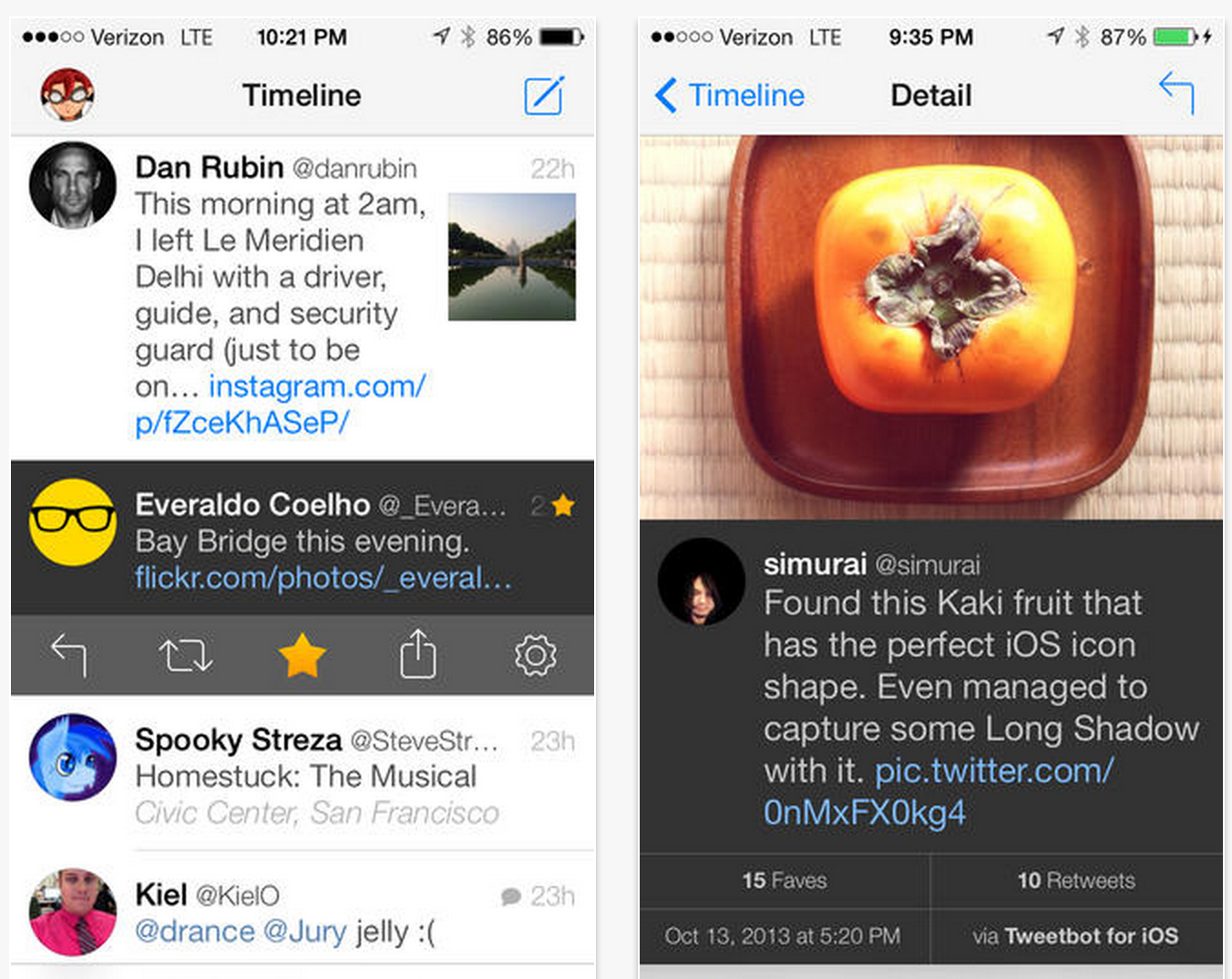 Popular Twitter client Tweetbot has finally received its iOS 7 update this afternoon. A week after Tapbots announced that the new app had been sent off to Apple and was awaiting approval from the App Team, Tweetbot 3 has arrived.

As expected, Tweetbot 3 has been completely redesigned from the ground up for iOS 7—as you can see in the screenshot above, it looks nothing like its predecessor. And also as expected, the brand new app comes with a new price tag…

Tweetbot is a full-featured Twitter client that’s fast, beautiful, and redesigned from the ground up for iOS7. Tweetbot has slimmed down to look and feel more like iOS7 and has also gained a lot of charm and speed in the process. Prepare to fall in love with your favorite Twitter client all over again.

– Completely redesigned from the ground up for iOS7.
– Native Push Notifications.
– Mute filters lets you block messages from users without unfollowing them. Mute services, hashtags, people, and even keywords (regex included).
– Sync timeline position, direct message read statuses and mute filters between iPhone, iPad, and the Mac via iCloud or Tweetmarker.
– Customizable Navigation. The last 2 tabs are customizable and unused tabs are easily accessible.
– Support for multiple services like Pocket, Instapaper, Readability, CloudApp, Droplr, and more.
– Save drafts, add locations and POI’s, attach photos/videos, manage your lists, and much more.

And another screenshot for good measure: 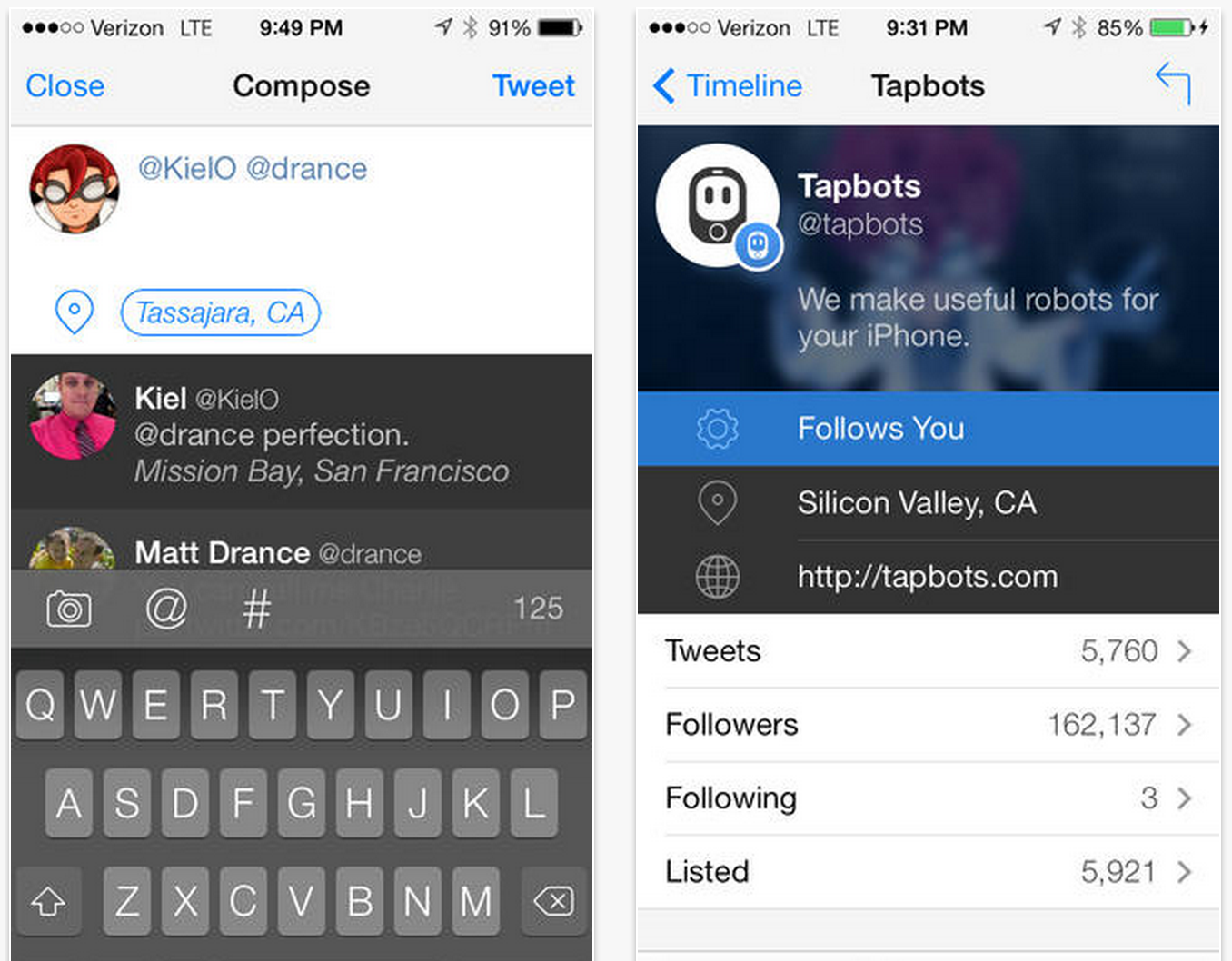 Again, this is a brand new app for iOS 7. So you’ll need the new firmware to download it, and even if you already own the Tweetbot app, you’ll have to pay for it again. The good news is, it looks and feels like a completely different client.

If you’re interested, you can find Tweetbot 3 for iPhone in the App Store, for a limited-time price of $2.99.