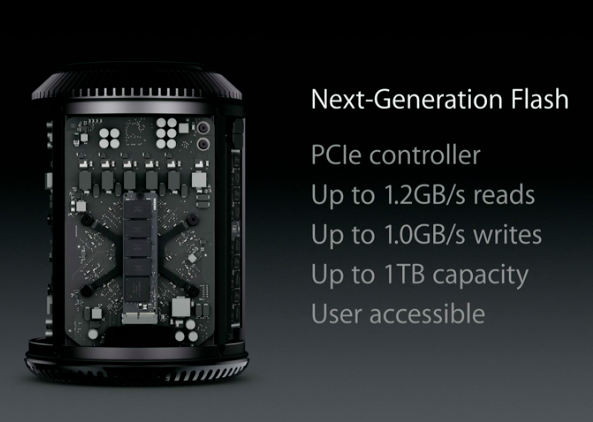 It’s the iPad day and Apple CEO Tim Cook has just finished his usual barrage of Apple biz stats at the Yerba Buena Center for Arts in San Francisco. After saying that Mavericks is available today as a free Mac App Store download and taking the wraps off the updated and cheaper 13 and 15-inch MacBook Pros, the company has now formally announced that its next-generation Mac Pro – pitched as “the future of the pro desktop” – is going to ship in December, costing just $2,999 for the entry-level configuration. I’ve included a few more tidbits right after the break..

Inside the Mac Pro is an Intel Xeon E5 chip (6, 8 or 12-core variants) with up to 64GB of fast 1866MHz DDR3 EEC memory and is the first Mac to come standard with dual-workstation AMD FirePro graphics with up to 4,096 stream processors and dual 384-bit memory busses, easily allowing for up to three 4K displays via Thunderbolt 2 or HDMI 1.4.

This is a content creator’s dream come true. Apple acknowledged as much, saying the new Mac Pro makes 4K video editing a reality via an updated FinalCut X application, to be released later on the Mac App Store. 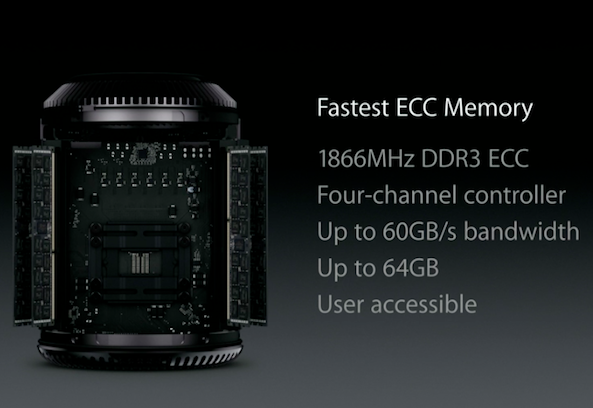 The fast PCIe controller inside the new Mac Pro is ten times faster than hard drives: up to 1.2GB/s in reads and writes. There is also of course the new Thunderbolt 2 I/O (it’s the first Mac to incorporate second-generation Thunderbolt) for 20 Gb/s throughput and up to six devices per port. 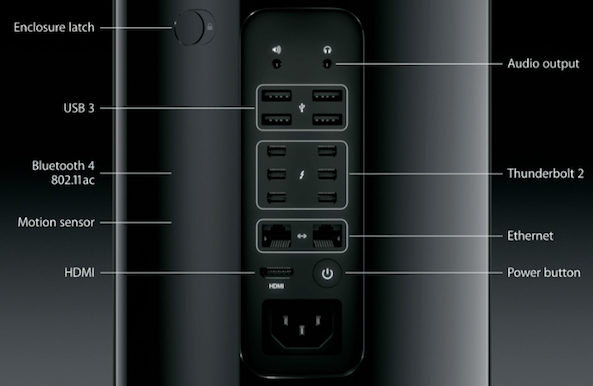 Of course, there’s a motion controller to illuminate the back ports when you rotate the machine (what happens to cables?) and Apple says that the new Mac Pro is incredibly quiet – just 12 decibels in idle performance, which is as silent as the Mac mini. 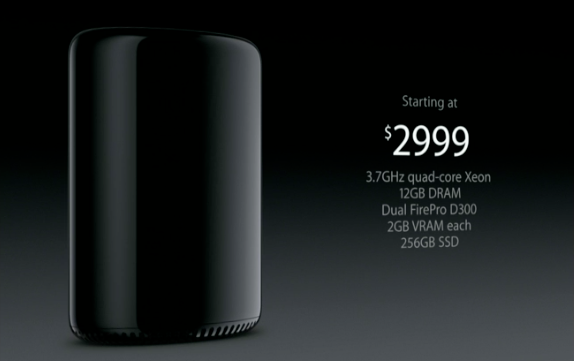 The system starts at $2,999 for a configuration with 12GB of DRAM and 3.7GHz quad-core chip. The new Mac Pro will be available in December.

Wrapping up, Apple make fuss of the fact that the new Mac Pro is being designed in U.S. by some 2,000 people spread across 20 states.

It’s my next dream desktop, that’s for sure!