Per the norm, Apple went through its routine of recapping many of the notable features available on its updated operating system. Craig Federighi took the stage to provide a recap, along with performing a demo showcasing iBooks, Maps, Finder tags, Safari Notifications, and more.

Although none of that is news to those of us who’ve been following OS X Mavericks since WWDC 2013, there is one piece of important info that hasn’t been revealed until now — the price and release date. Just a few minutes ago, Apple revealed that OS X Mavericks would be free starting today! 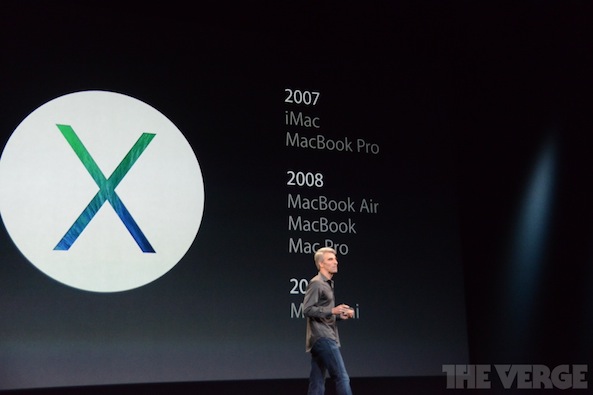 Not only will OS X Mavericks be free, but it will also be compatible with a wide range of Mac hardware, and feature direct upgrade paths from older OS X versions. Even those of you running an iMac from 2007 will be able to take advantage of the free OS X Mavericks update.

Apple has really set a new bar for OS release prices. While direct competitors like Microsoft continue to demand hundreds of dollars for its latest OS updates, Apple does so for free.

What do you think? Are you excited to try OS X Mavericks later on today?