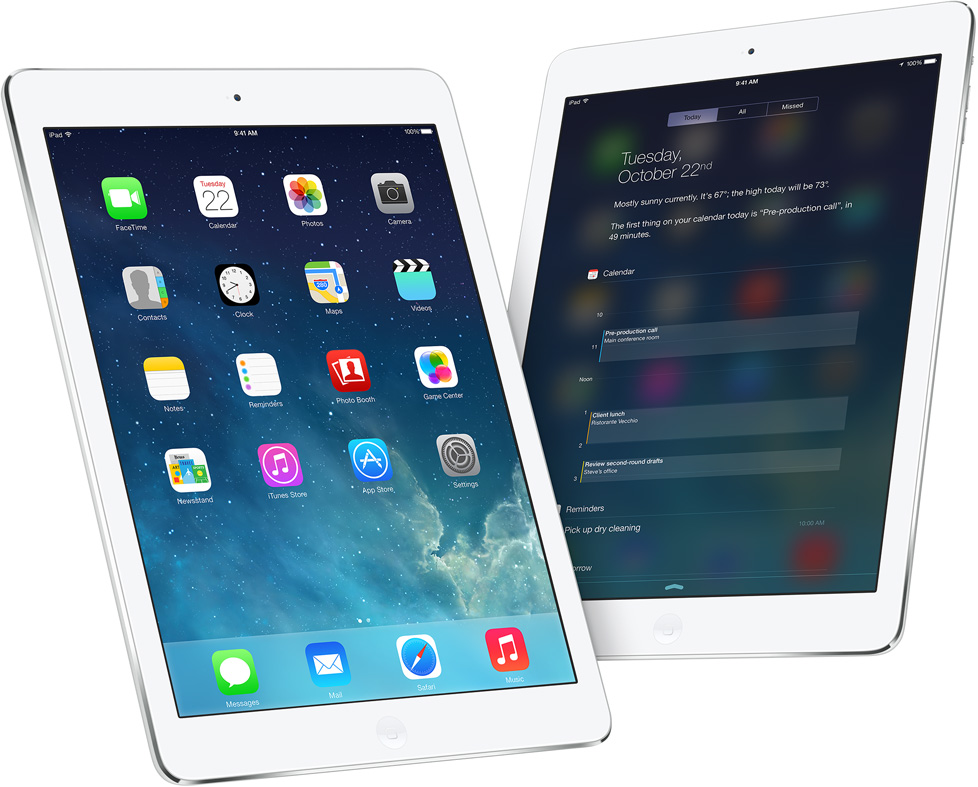 Apple thus far has shared some interesting business stats (such as 1 million apps on the App Store, 60 billion app downloads and 64 percent of iOS devices on iOS 7, to mention just a few), announced that OS X Mavericks will be launching later today as a free download, confirmed that the new Mac Pro pro desktop is due in December starting at $2,999, shown off the new 64-bit versions of iWork and iLife apps for the Mac and iOS with full file compatibility across these platforms and refreshed the new 13 and 15-inch Retina MacBook Pros with faster PCIe storage, Thunderbolt 2 I/O, fourth-generation Intel chips, both also available today at more affordable prices than ever.

And now onto the main thing – the new iPads. Say hello to iPad Air.

It’s your fifth-generation full-size iPad, rebranded for the new age to reflect its dramatically improved design. The device still has a 9.7-inch Retina display, but also includes the 43 percent skinnier side bezel, iPad mini style. 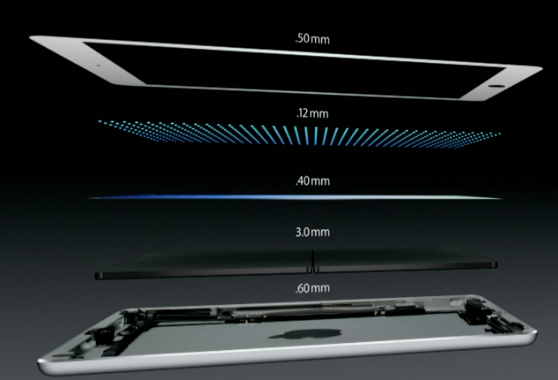 It’s also substantially lighter (28 percent lighter, to be precise) compared to its predecessor. at just 1.0 pound versus 1.4 pounds for the previous-generation product, the iPad Air is it’s the lightest iPad in the world, period.

It’s powered by the Apple-designed 64-bit A7 chip that just launched with the iPhone 5s and also contains the M7 motion coprocessor to track your movement in a battery-friendly manner. In addition to CPU/GPU speeds gains, the A7 chip also allows for improved still image and video capture with faster auto-focus, up to three times video zoom, five times still zoom, better dynamic range and automatic image and video stabilization.

Graphics performance is 72 times faster compared to the original iPad and 3D rendering is two times faster over the iPad 4. As for CPU performance, the new iPad opens apps twice as fast though I should mention that customers will start seeing some substantial speed increased after developers optimize their apps for 64-bit computing. 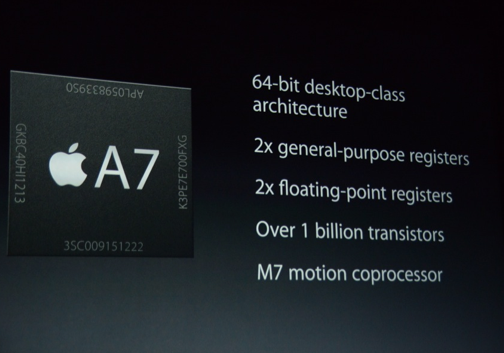 On the downside, there’s a five-megapixel iSight camera on the back that captures 1080p video versus the eight-megapixel shooter the rumor-mill has been hoping for. Out the front is the improved FaceTime HD camera with improved backside illumination sensors featuring larger pixels for better low-light performance.

Luckily, the iPad Air still delivers the ten-hour battery life the previous models are famous for.

The tablet also has dual microphones for better reception and improved Siri performance. The iPad Air comes in Silver and Space Grey finishes – no, there’s no gold colorway – and starts at the same $499 for the 16GB Wi-Fi configuration ($130 extra for the cellular variant). 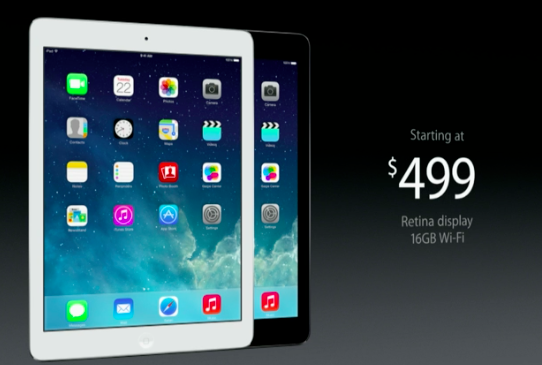 Apple said the iPad Air will start shipping on November 1 in a few dozen countries, including China.

Reiterating the original pitch – “our most advanced technology in a magical and revolutionary device at an unbelievable price” – Tim Cook said the iPad has gone on to become one of the most successful products in Apple’s history. 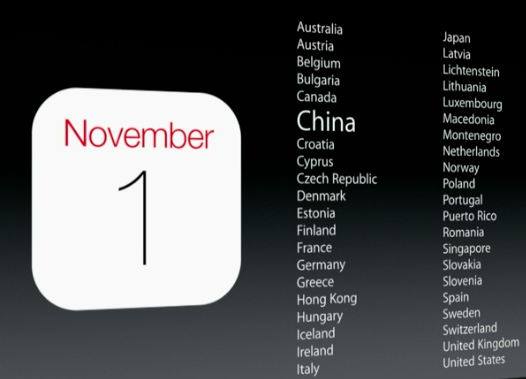 Cumulative iPad sales have topped 170 million units this past month, he said while jokingly remarking that even some of the doubters are now building tablets.

The iPad is great because people use it and love it – it’s rated #1 in customer satisfaction and is used four times more than all of the other tablets put together, said Cook The Numbers Guy.

Finally, there are 475,000 high-quality apps created specifically for the iPad, of the one million applications on the App Store.

It’s hard to compete with that and it’s no wonder that Apple has sold 170 million iPads in three years time.

So, your thoughts on the new iPad?