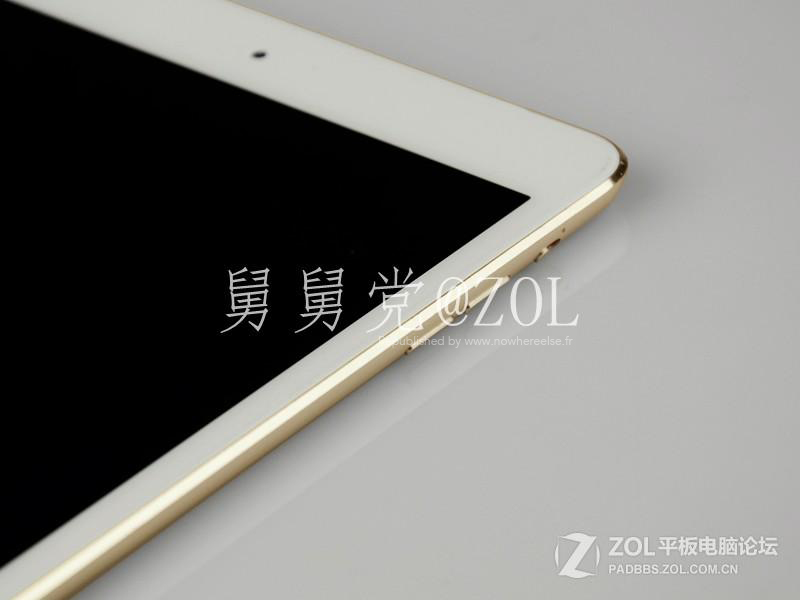 Today, the Wall Street Journal has come to the rescue establishing there’ll be a Retina iPad mini tomorrow. Thank God for that – otherwise we’d be left in the dark. As for yours truly, I’ve had a great time watching some of the respondents in our non-scientific poll go from the previous ‘no Retina = no buy’ to the newest ‘no Touch ID = no buy’ complaint.

Ming Chi-Kuo’s last-minute predictions have only added fuel to the fire by shooting down the gold colorway and Touch ID upgrades for both new iPads, the iPad 5 and iPad mini 2. Of course, not all of this particular analyst’s magic tricks work out as he plans.

For starters, we’ve previously seen high-resolution photographs of purported iPad mini 2 and iPad 5 shells in Space Grey so there could easily be a gold colorway in the pipeline. Let’s also not forget about Chinese sources that have recently leaked out an iPad mini front part with a Touch ID Home button – our strongest indications to date of Apple adopting fingerprint reading as standard across the board.

For doubting Thomas’ out there, here’s another last-minute leak claiming to represent a nearly-assembled iPad mini 2 in gold – and yes, proudly sporting the sophisticated Touch ID thingie…

These images surfaced on a Chinese forum earlier today and have been first picked up and reposted by Steve Hemmerstoffer on his (French) blog NowhereElse.fr. 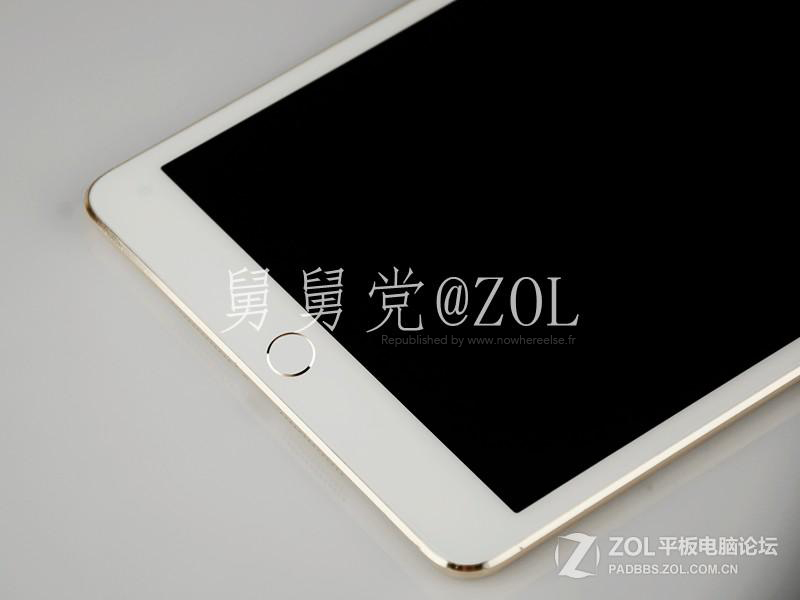 The level of detail sets this one apart from the seemingly endless sea of fakes.

This isn’t your ordinary leak, that’s for sure. 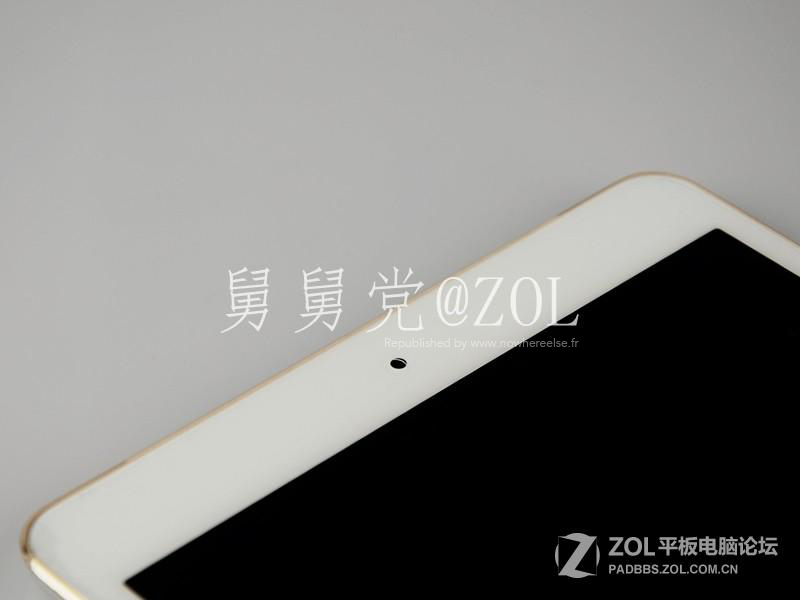 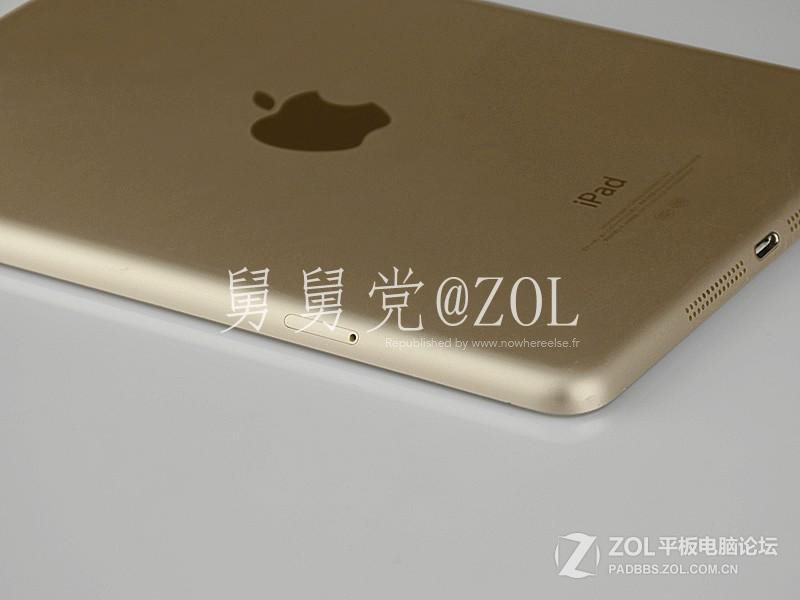 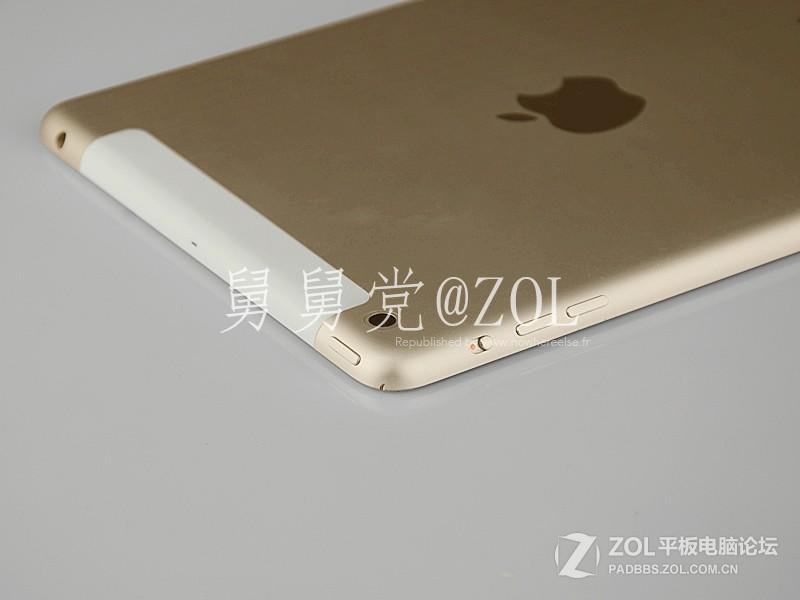 The Apple logo, the ‘iPad’ moniker and standard certification marks all look legit. 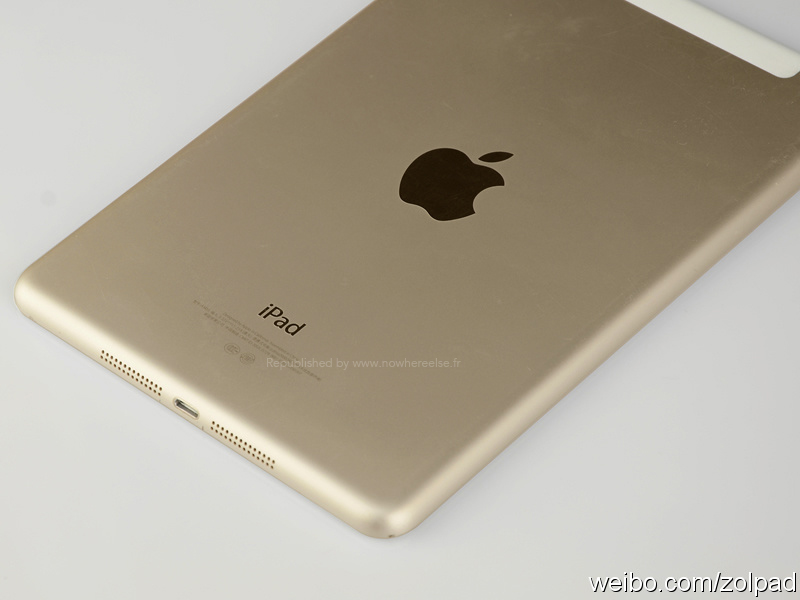 And why wouldn’t the iPad mini 2 come in gold and include Touch ID?

It was only recently the media laughed away a gold iPhone as a pipedream.

Conversely, gold seems to be the recurring theme for 2013 iOS devices so adopting the White/Gold/Space Grey finishes across the iPhone/iPad lineup wouldn’t just be good for business, but also a prudent move from the marketing standpoint.

On the downside, manufacturing and yield issues could in fact be holding back Touch ID on the new iPads. Acknowledging as much, Kuo speculated that Touch ID components are still being prioritized for the iPhone 5s, thereby limiting fingerprint sensor supplies.

I agree with Kuo that both devices will share the improved 8-megapixel iSight camera on the back, adopt the iPad mini’s thinner/lighter appearance with the skinnier side bezels, feature Apple’s 2,048-by-1,536 pixel resolution Retina display and incorporate the M7 motion coprocessor and the A7X/A7 chip inside the iPad 5/iPad mini 2. 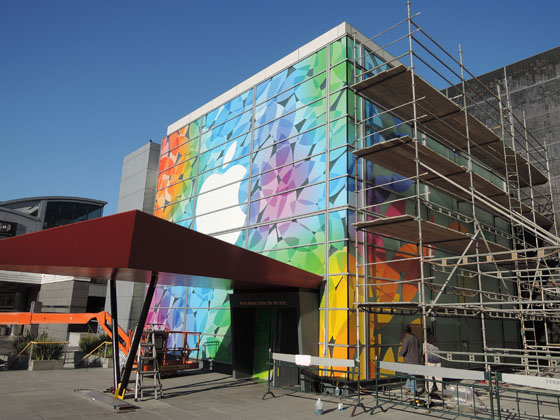 Watchful readers are aware that past rumors pointed to an iPad mini 2 borrowing the iPad 4’s A6X chip with faster graphics to drive the power-hungry Retina display. This is where I disagree with Kuo: if there’s an A7 processor inside the iPad mini 2, why give the device a 64-bit chip with Secure Enclave unless there’s Touch ID in the cards?

And don’t forget that in the vast majority of cases, analysts are just plain wrong.