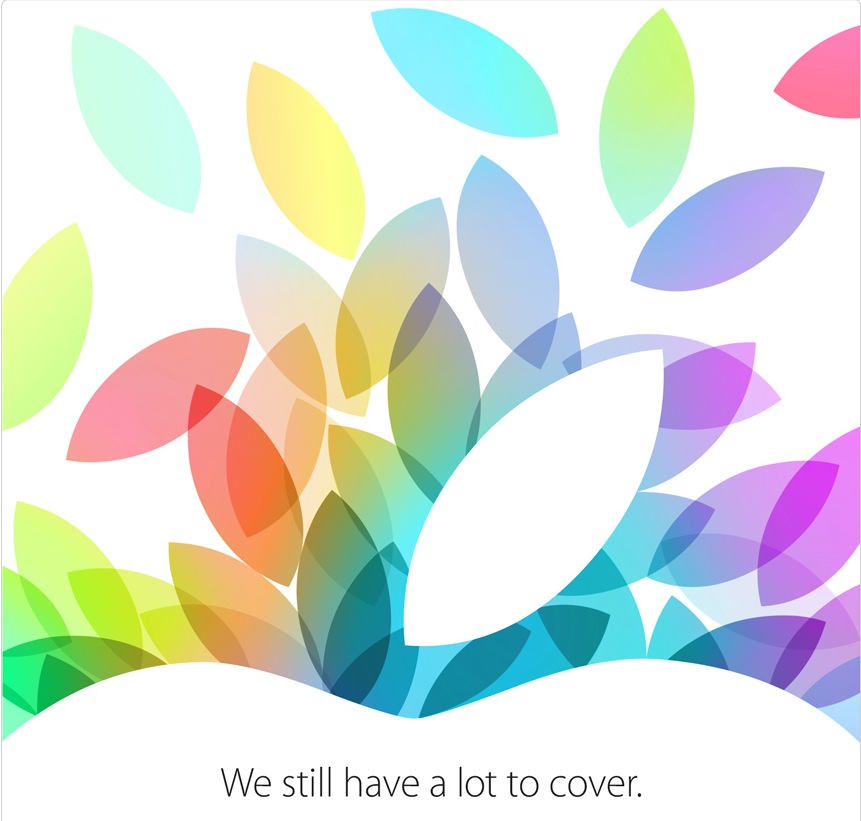 The Wall Street Journal-owned technology blog, AllThingsD, reported last week that Apple’s next media event will take place on October 22, that’s next Tuesday. Sure enough, the company just sent out invites for the October 22 event to select members of the press. The invitation-only press conference will be held at the Yerba Buena Center in San Francisco and will begin at 10am PDT / 1pm EDT, John Paczkowski of AllThingsD first reported and The Loop’s Jim Dalrymple subsequently confirmed.

The invite graphics features a close up of the Apple logo set against the white background and a bunch of colorful apple leaves. “We still have a lot to cover,” reads the tagline…

The choice of venue doesn’t surprise me: Steve Jobs picked Yerba Buena Center to introduce the world to the original iPad back in 2010.

With October 22 now official, we can speculate some more on the nature of the event.

We’re of course expecting the new iPads, namely the fifth-generation full-size iPad and a second-generation iPad mini with Retina display. The iPad 5 should be thinner and lighter due to the iPad mini-style design with narrower side bezels, feature Touch ID and run the Apple-designed A7X chip, basically an improved version of the iPhone 5s’s 64-bit A7 processor. 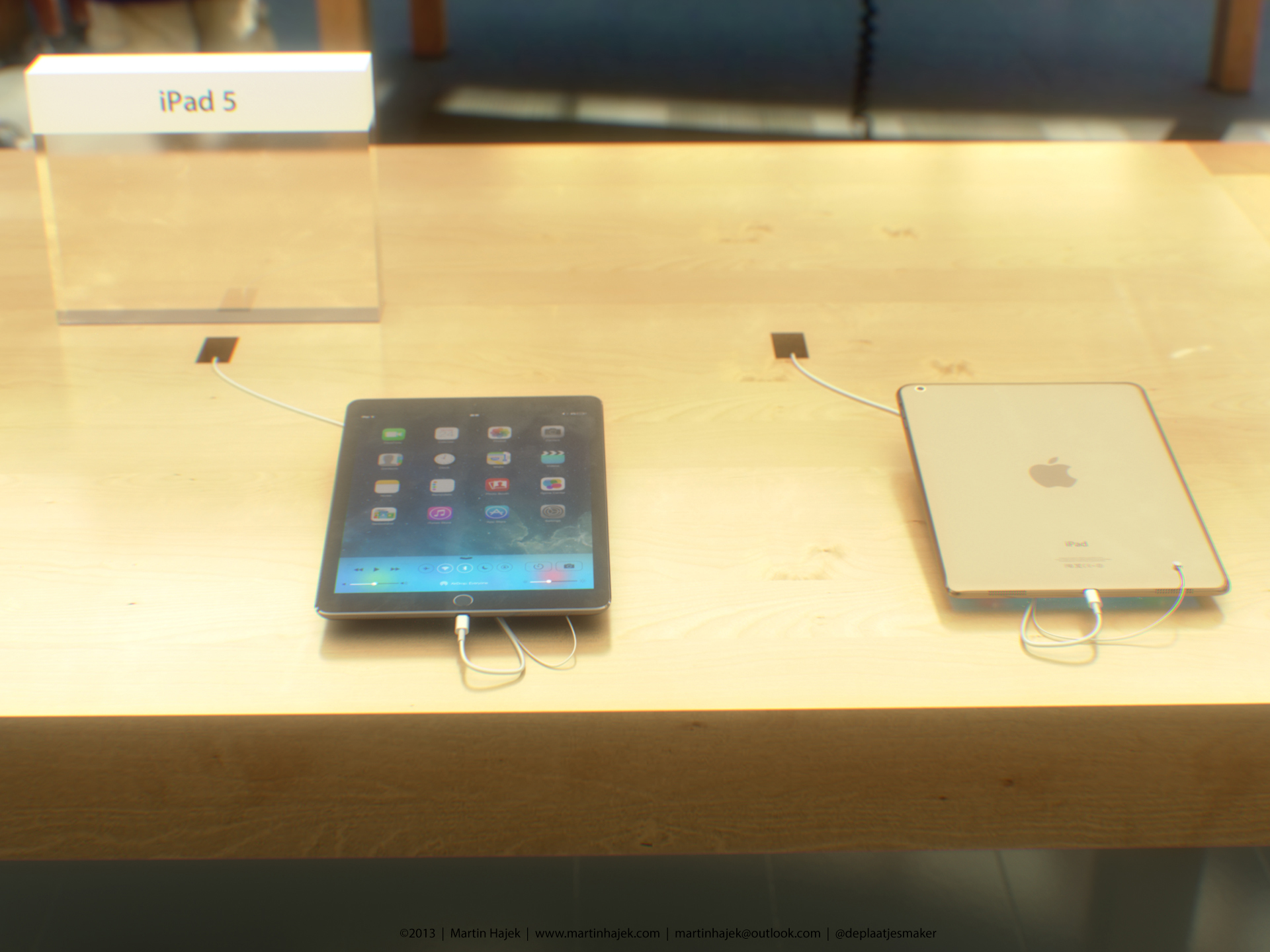 The iPad 5 will run Apple’s new 64-bit A7 chip, source say. The second-generation iPad mini will be upgraded with a Retina display, and will also likely see the A7 incorporated into its innards.

Due to the bigger battery powering the Retina display, the iPad mini 2 could bulk up slightly. Both new iPads should also sport Apple’s eight-megapixel iSight camera on the back, new color finishes (White, Space Grey and Gold) and redesigned Smart Covers.

Of course, the company could surprise us with other product announcements such as OS X Mavericks, Haswell-driven MacBook Pros and iWork/iLife software updates. 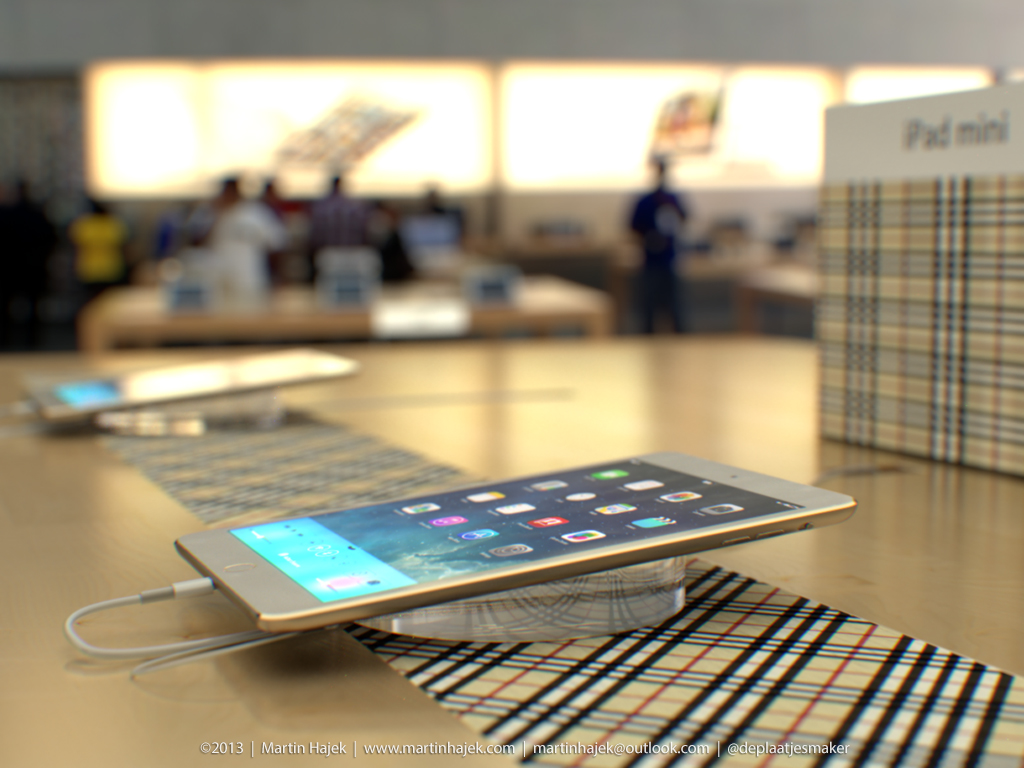 “The new Mac Pro and OS X Mavericks will likely get some stage time, as well,” writes Paczkowski.

As for the next-gen Mac Pro, Apple had previewed the upcoming dream desktop at June’s WWDC so we have a good idea what to expect: the latest Intel Xeon processors, speedy PCIe flash storage, USB 3.0 and Thunderbolt 2 I/O, dual-workstation GPUs capable of driving up to three external displays running at 4K resolution each and much, much more.

Finally, Apple might refresh the Apple TV hardware at the event, one pundit hopes.

By the way, it’s interesting Apple had “a little more” to show us in October 2012 and a year later there’s “a lot more” to show. To me, that indicates product launches beyond just new iPads.

If the French blog MacG is to be trusted, new iPads will land on store shelves on October 30 or 31, new MacBook Pros on October 25 or 25 and the next-gen Mac Pro on November 15.