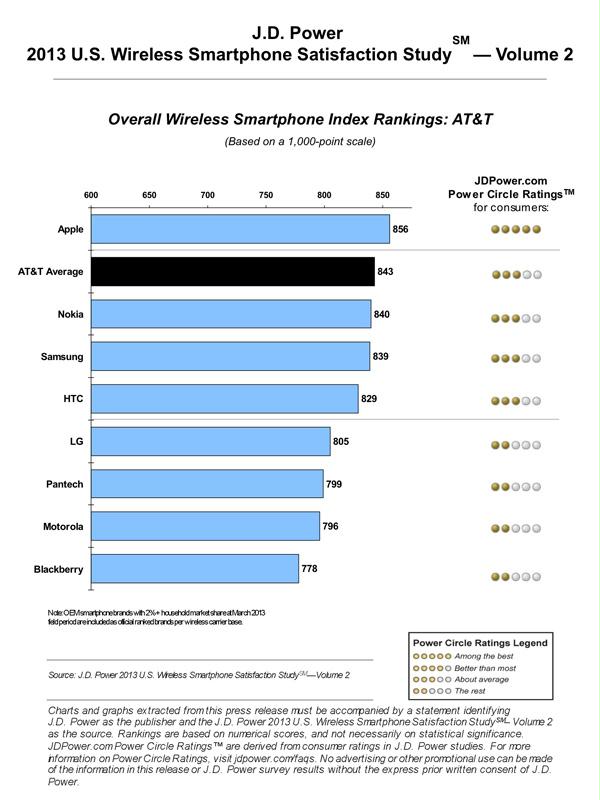 When it comes to smartphone satisfaction, carriers are key. That’s the central finding of J.D. Power, which Thursday released its latest study indicating Apple and Samsung lead in satisfaction across all four major U.S. providers.

When it comes to the iPhone, customers of long-time Apple partners Verizon and AT&T love the Cupertino, Cupertino, company’s smartphone lineup, more than any other smartphone brand.

As for South Korean Samsung, Sprint customers report are most satisfied by the Galaxy family of smartphones. Which U.S. carriers do the best job supporting smartphones? According to the study, AT&T and Sprint report the greatest satisfaction, followed by T-Mobile and Verizon Wireless…

It’s very interesting to see that satisfaction performance differs by smartphone brand across Tier 1 carriers. This indicates that carrier services and how these carriers position specific features and services on their devices influence the experience customers have with their smartphone device.

The satisfaction study spans four categories, the most weight (33 percent) given to performance. Other factors include physical design, features and ease of use – each measuring 22 percent of the overall score.

Overall smartphone customer satisfaction is 833 on a 1,000-point scale.

AT&T received 843, followed by Sprint’s 835, T-Mobile’s (825) and Verizon at 825. iPhone owners ranked Verizon Wireless much higher at 861, despite the carrier’s overall last-place showing. 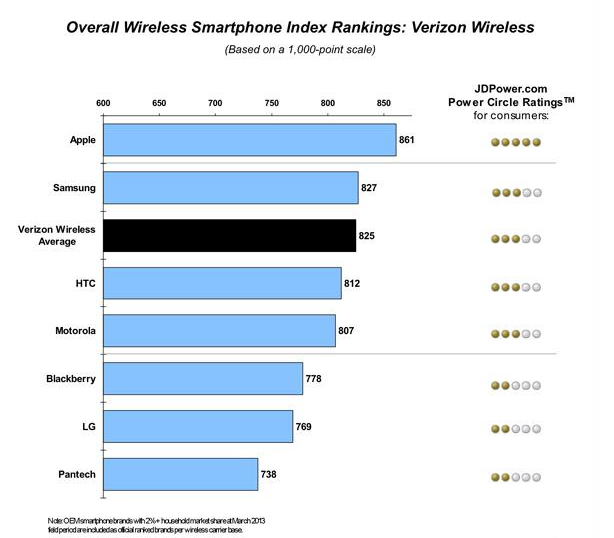 It is interesting to note, where Apple leads, Samsung trails by a large margin. 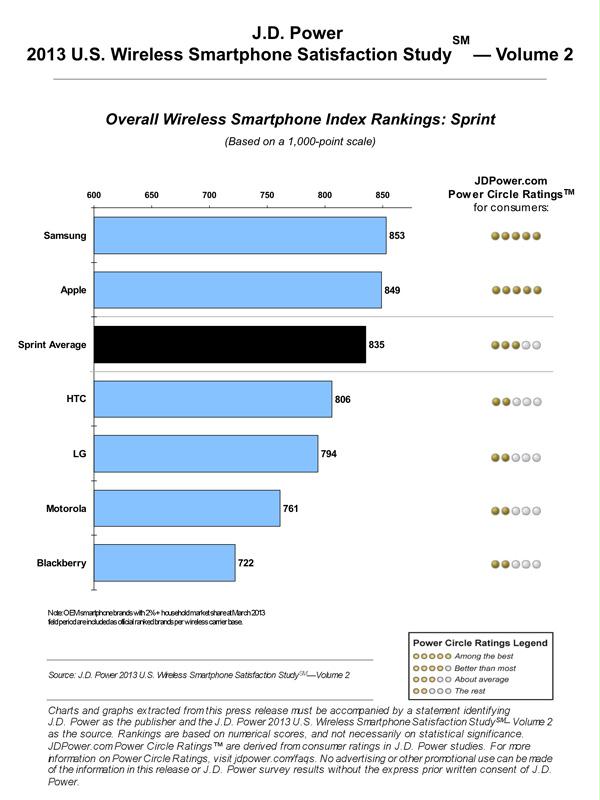 Customers have different reasons for picking a carrier to support their favorite smartphone. For instance, Sprint is favored by customers who focus on smartphone features, while T-Mobile subscribers say price is why they purchased their smartphone. 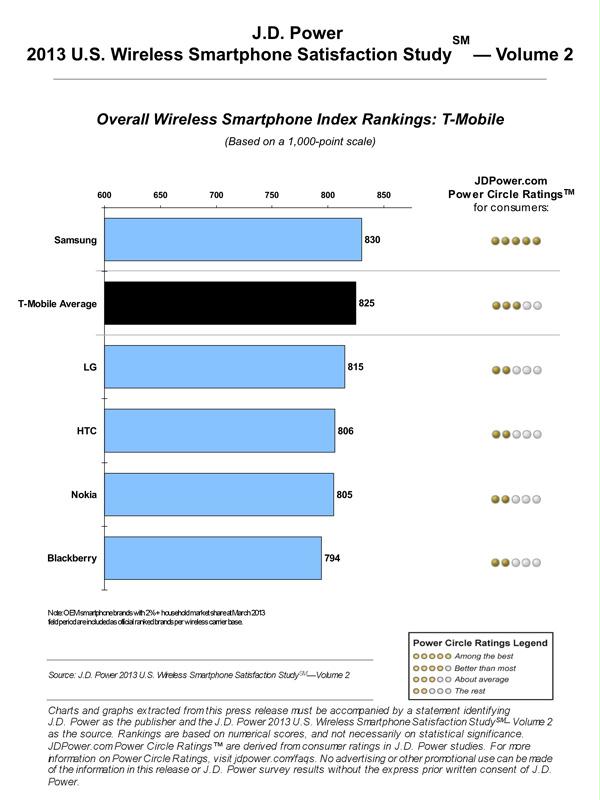 That preference was emphasized earlier this morning after Verizon announced it activated 3.9 million Apple handsets during the third quarter, representing more than half of all smartphone activations on its network.