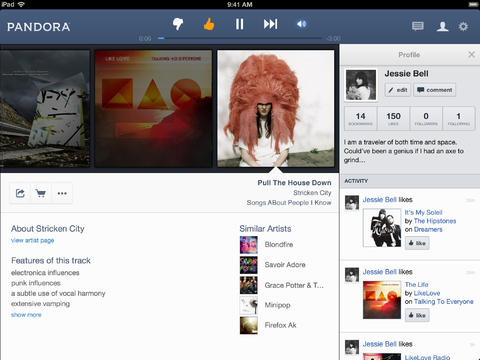 When iTunes Radio was only a rumor, the idea of Apple offering streaming music was instantly dubbed a Pandora-killer. Now that iTunes Radio has launched alongside iOS 7 last month, Pandora’s finance chief is speaking out, saying their service outperforms even a giant-killer, no matter how fat the bank account.

In an interview, Pandora CFO Mike Herring describes Apple’s service as a “credible” threat, but the Internet radio startup continues to feel it still is “better than anybody else”…

“Don’t get us wrong, we take Apple very seriously and do see them as a credible threat,” Herring told CNET earlier in the week.

Although everyone from Microsoft to Google have tried to compete in the streaming music arena, it took “someone, frankly, with a lot of cash in the bank and a big income statement like Apple to finally launch a competing service,” Herring said.

We absolutely see iTunes as a competitive option out there, but we think we are a great service that does this better than anybody else.

Herring claims Pandora has more than 70 percent of the internet radio market despite what he describes as an “incredibly, brutally hard” market. 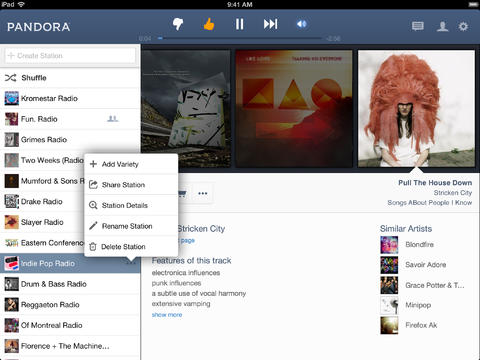 The former Adobe Systems worker said competitors have other agendas, such as pushing phone sales or increasing downloads of digital music. The remark is suggestive of both Apple and Google, each of which with their own streaming radio plays.

In the interview, Herring goes on to blame iTunes for some of the “mistrust” that has built up between internet radio firms and musicians. Along with piracy, “you had the download platforms, specifically iTunes, that disintermediated the entire CD business business, which was detrimental.”

His comments could be prompted by Apple’s direct negotiations with labels, often resulting in higher royalties for artists. 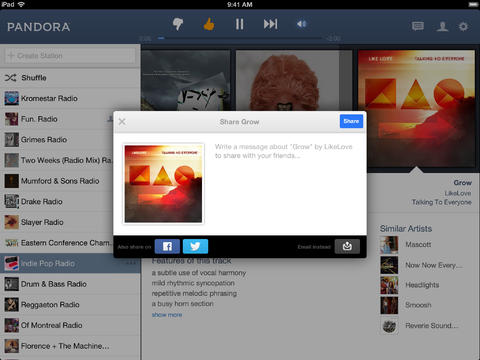 To compete, Pandora has taken moves such as removing limits on how much music listeners receive free. However, it’s not been all smooth sailing for Apple. The company sent out licensing deals with independents, the terms of which some criticized musicians criticized.

One music blog, which had posted a copy of the iTunes Radio license terms, was forced to remove the information after Apple complained of copyright issues.

In the end, what may be important for Apple is that iTunes Radio revitalizes flagging sales of digital music, ensuring the tech giant continues disrupting industries well into the future.