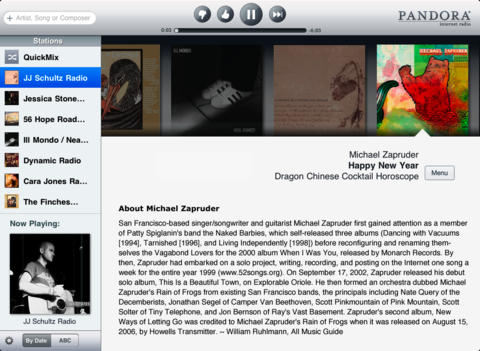 Pandora’s 40-hour limit on mobile listening went into effect in February, quickly becoming the most hated “feature” of the otherwise stellar streaming music service. The firm argued it felt compelled to introduce the capping due to rising royalty costs, even if the 40-hour limit affected only four percent of its avid listeners. Backflipping now, Pandora said Thursday it will be removing the 40-hour free listening on mobile devices real soon.

The good news conveniently coincides with Apple’s impending launch of its ad-free iTunes Radio, a streaming music service set to arrive next month as part of the iOS 7 release…

Pandora finance chief Mike Herring made it official during today’s earnings call with investors. The company has additionally confirmed via a media release that it will no longer be capping free mobile listening effective September 1, 2013. 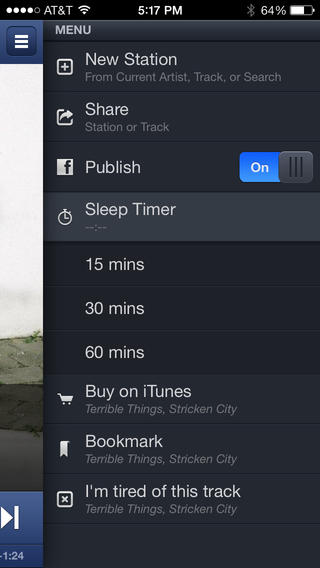 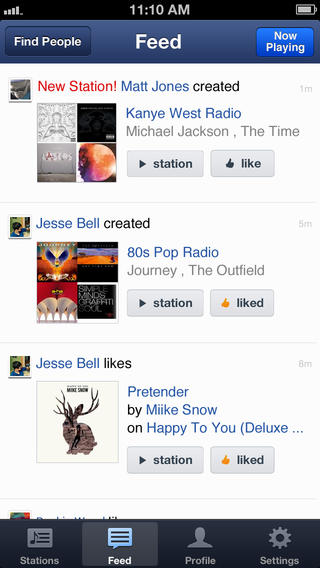 The company is able to switch to unlimited mobile listening thanks to the “rapid progress of its mobile advertising,” now at an eMarketer-estimated third place, behind only Google and Facebook.

Herring detailed Pandora’s thinking during the conference call (via TechCrunch):

Our investment in advertising infrastructure and implementing smart levers such as reducing song skipping and limiting mobile listening have helped us drive monetization and manage content costs, as reflected by the increase in RPM and a decrease in content costs as a percentage of revenue

As our results have shown, the continued strong growth in our advertising revenue allowed us to cover the increased royalty costs with dollars left over to invest back into the business. With these tools in hand, and insight into how they work, we are resetting our levers in September.

The 40-hour thing was implemented due to the changes in the economics of the streaming business.

Pandora was feeling the pain because Apple is apparently paying to record labels more than what’s available from Pandora. Indeed, the firm has acknowledged that the limit on free mobile listening was due to the “rapidly increasing royalty costs”.

Pandora also shared a few updated stats: the service is now 70 million users strong, available through more than a thousand consumer electronic devices and streams more than a billion hours of audio each month.

Moreover, the Pandora app will be installed in approximately one-third of all new cars sold in the United States in 2013, the firm said. So, are they concerned about the impending launch of Apple’s free iTunes Radio service (pictured below)?

We’ve now been around for eight years. We’ve seen competitors large and small enter the market and, in some cases, exit the market. I’ve never seen an analysis that identifies an effect from any competitor.

We don’t see the picture changing.

The iOS app got updated today with some “bug fixes and improvements” and a handy sleep timer with 15, 30, or 60 minute options to “continue playing your favorite Pandora station while you fall asleep”.

As usual, download Pandora free from the App Store.