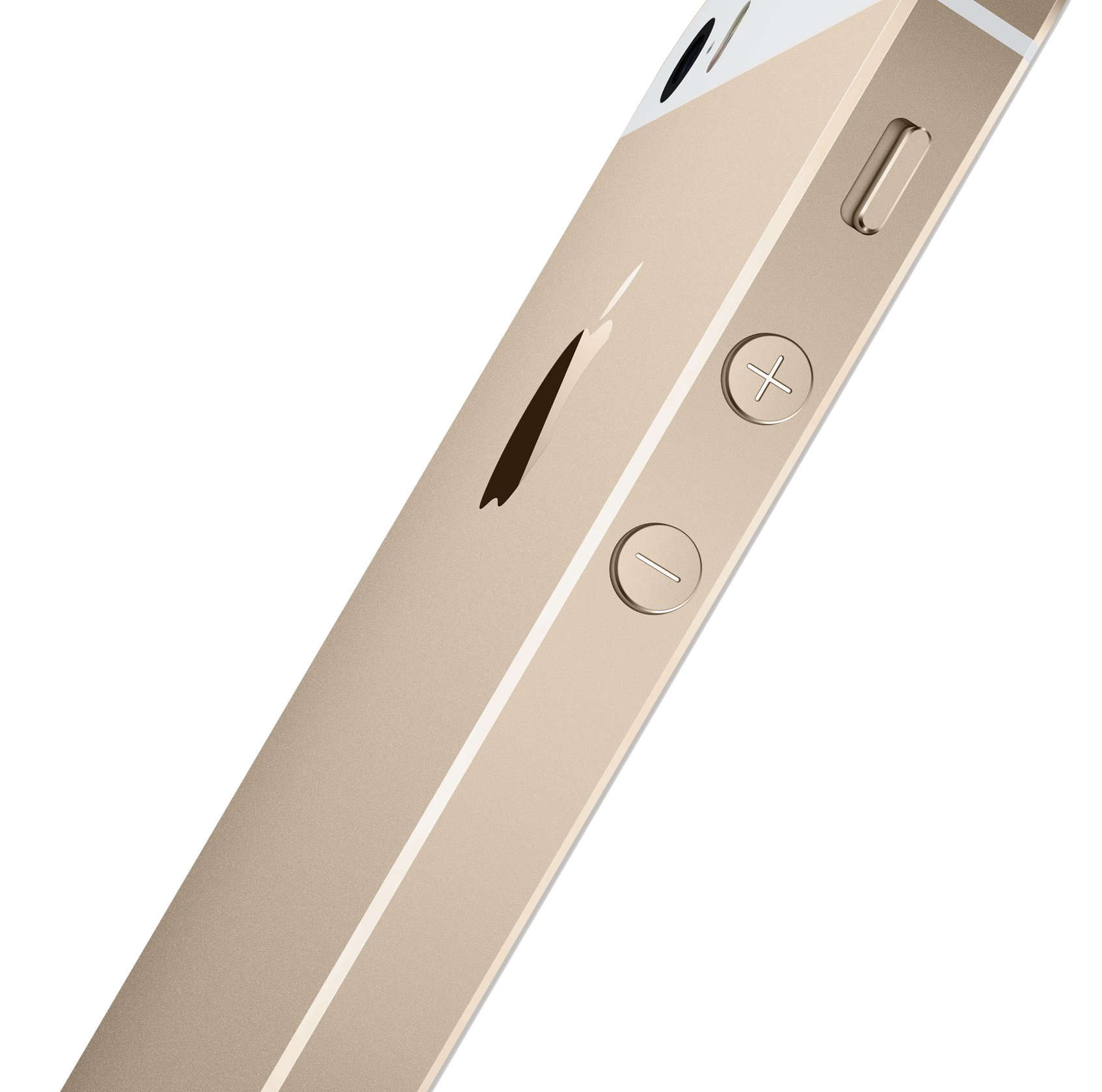 Since announcing a pair of new iPhones on September 10, Apple has not aired a single television commercial or published a newspaper ad to promote the flagship iPhone 5s.

Instead, all of Apple’s advertising activities to date have centered around the colorful iPhone 5c, ostensibly because the company is having lots of issues fulfilling iPhone 5s demand.

But as Tim Cook & Co. expand the new iPhones into new markets – an additional 50+ countries will get the handsets by November 1 in addition to eleven launch countries – the first print ad for the iPhone 5s has just been spotted in The New Yorker magazine. It looks nice and I’ve included it for your viewing pleasure right after the jump…

Here it is (via MacRumors). 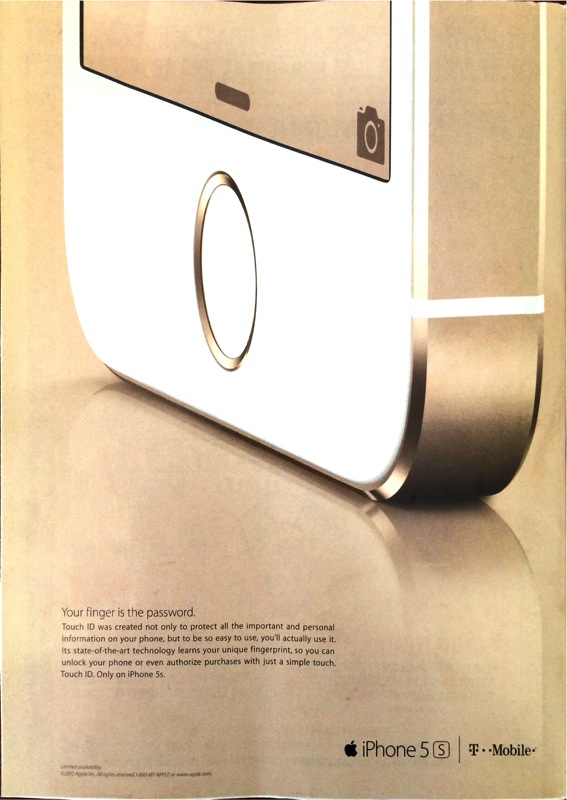 Touch ID was created not only to protect all the important and personal information on your phone, but to be so easy to use, you’ll actually use it.

Its state-of-the-art technology learns your unique fingerprint, so you can unlock your phone or even authorize purchases with just a simple touch.

Touch ID. Only on iPhone 5s.

To be perfectly honest, the T-Mobile logo in bottom right indicates this is a carrier ad.

But as all iPhone advertising must adhere to Apple’s guidelines, this clearly marks the beginning of the official iPhone 5s ad campaign.

It was published on the back cover of the October 21 issue of The New Yorker mag. 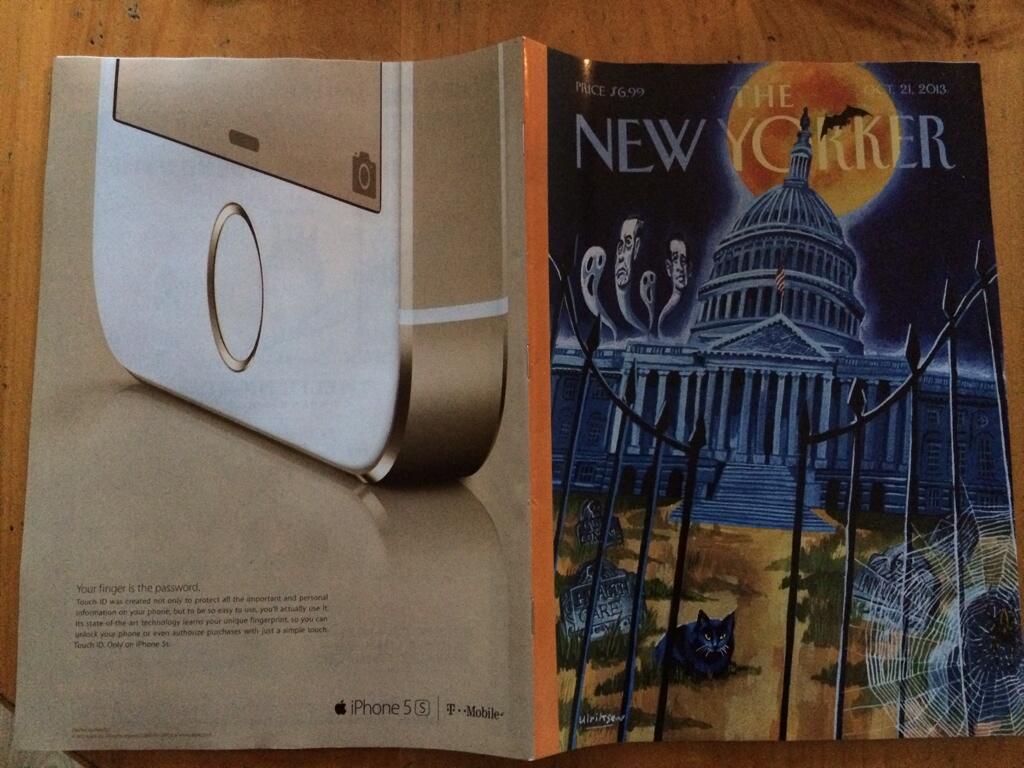 I’m liking how it focuses on one headline feature: the sophisticated Touch ID sensor.

Recently, the iPhone 5s shipping estimate on the online Apple Store has been updated to 2-3 weeks for all models, signaling that Apple’s manufacturing partners are starting to catch up to iPhone 5s demand.