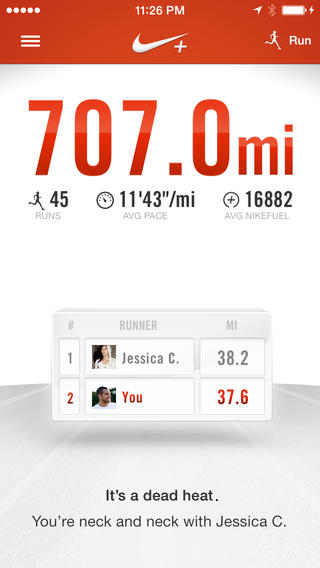 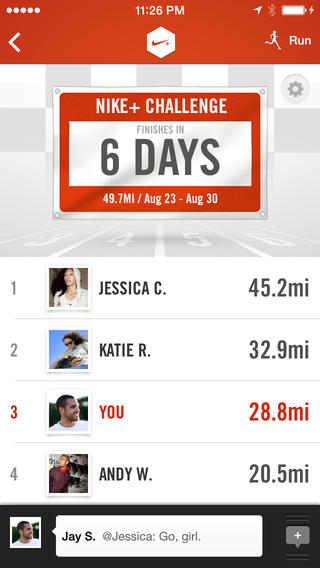 Nike’s popular fitness and running app for the iPhone, named Nike+ Running, has received an interesting little update bringing with it the ability to take and share photos before, during or after your workouts so your friends can keep you going with likes and cheers. For those wondering what’s the big deal with photo sharing, let me just spell it out: seamless implementation.

Having been a user for quite some time, I’ve always hated having to pause my run manually in order to, say, catch a quick break or answer an important phone call. Not anymore – the new Nike+ Running version 4.4 is clever enough to automatically pause and resume when it detects I stopped running or resumed my workout. More tidbits follow…

The photo sharing and auto-pause work in tandem so you can, say, stop for a few seconds to quickly snap a photo and share it through Facebook, Twitter, Instagram and Path without having to remember to manually pause your run.

Wait, that’s not all – upon detecting you’ve stopped moving, not only will the app auto-pause your workout, it’ll also put up the camera interface so you can immediately snap a photo, how cool is that?

You can download Nike+ Running free of charge on the App Store. 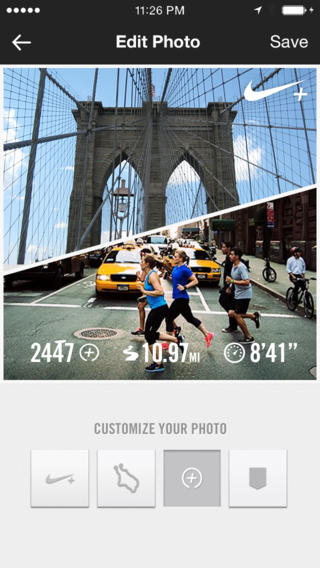 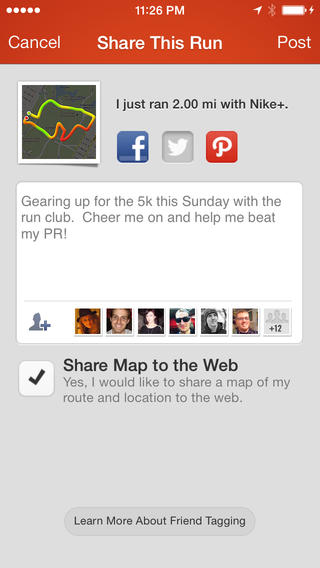 The 47.3MB download is optimized for the iPhone 5/5s/5c’s taller screen and supports iPhone, iPod touch and iPad devices running iOS 6.1 or later.

Nike+ Running is among iOS fitness apps that cry for M7 support.

Sadly, this build doesn’t take advantage of the iPhone 5s’s motion coprocessor to save battery life, but Nike is developing a new M7-compatible software, Nike+ Move, which will arrive on November 6 alongside the just-announced Nike+ FuelBand SE device.

Those who happen to own a Nike+ sensor and are just seeking to log their runs may want to opt for Apple’s built-in Nike+ features that are part of iOS. Just go to the Settings app, scroll down to the Nike + iPod section and enable the feature.

You can also set your power song, choose between male or female voice for spoken feedback, set your weight to calculate the calories burned and more. Don’t forget to calibrate your shoe sensor in Settings > Nike + iPod > Sensor. After you’ve finished your run, iOS will automatically upload data to your online Nike+ profile.

Speaking of fitness and athletes, Nike at a lavish New York City presser this morning took the wraps off the $149 Nike+ FuelBand SE ahead of its November 6 launch.