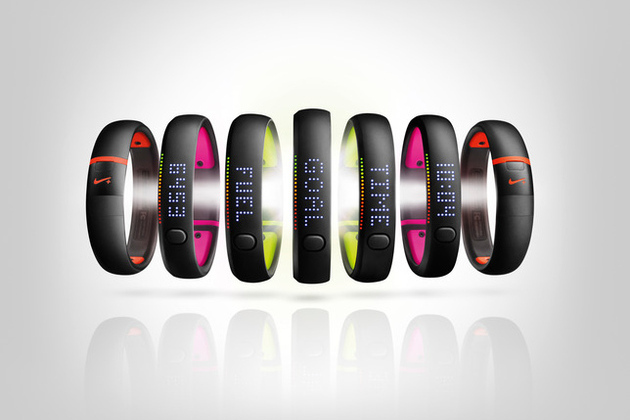 The new Band looks virtually identical to its predecessor, except for the addition of some new color accents, but on the inside there has been a number of improvements… 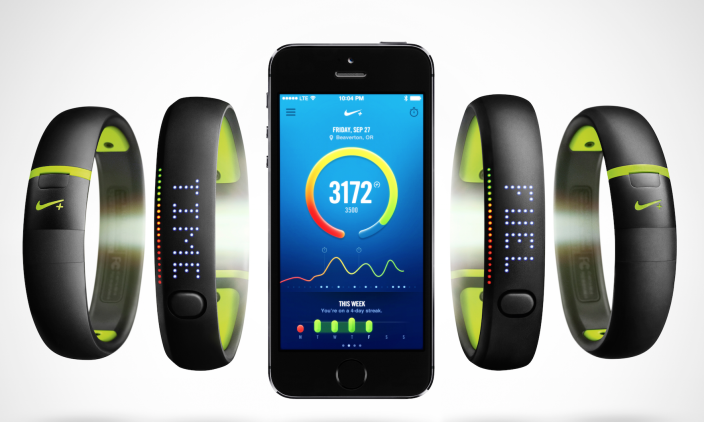 The Verge, who attended the event, reports:

“Besides the slightly updated design, the biggest addition is Bluetooth 4.0. This enables users to track individual sessions and see the points earned in real time. The band is still largely based around Fuel points, which is Nike’s abstracted version of activity quantification.

The main improvement comes to the Nike+ system, which the company says has been refined over the past year to more accurately track different types of activities. The changes also mean that activities that shouldn’t be counted are not, so there’s no more cheating the system.”

Additionally, the company has added hourly reminders asking you to move around, to help prevent you from sitting still too long. And there’s a new handy new one-touch clock mode.

The app has also been improved, with a new curve graph and an intensity level that shows points as you work out. You can then name these sessions and share them with your friends.

And of course the app takes advantage of the iPhone 5s’ new M7 chip, which allows the device to track various movements without using very much power. Nike calls this data ‘Fuel metric.’

The Verge also went hands-on with the FuelBand SE:

The FuelBand SE will be available November 6th for $149, alongside Nike’s new apps. There’s still no support for Android or Windows Phone 8 devices—just iOS and the Nike+ web portal.

Apple and Nike have a long running relationship, as Tim Cook sits on the Nike board. It’s believed, though, that the two will become direct competitors next year when Apple launches its ‘iWatch.’