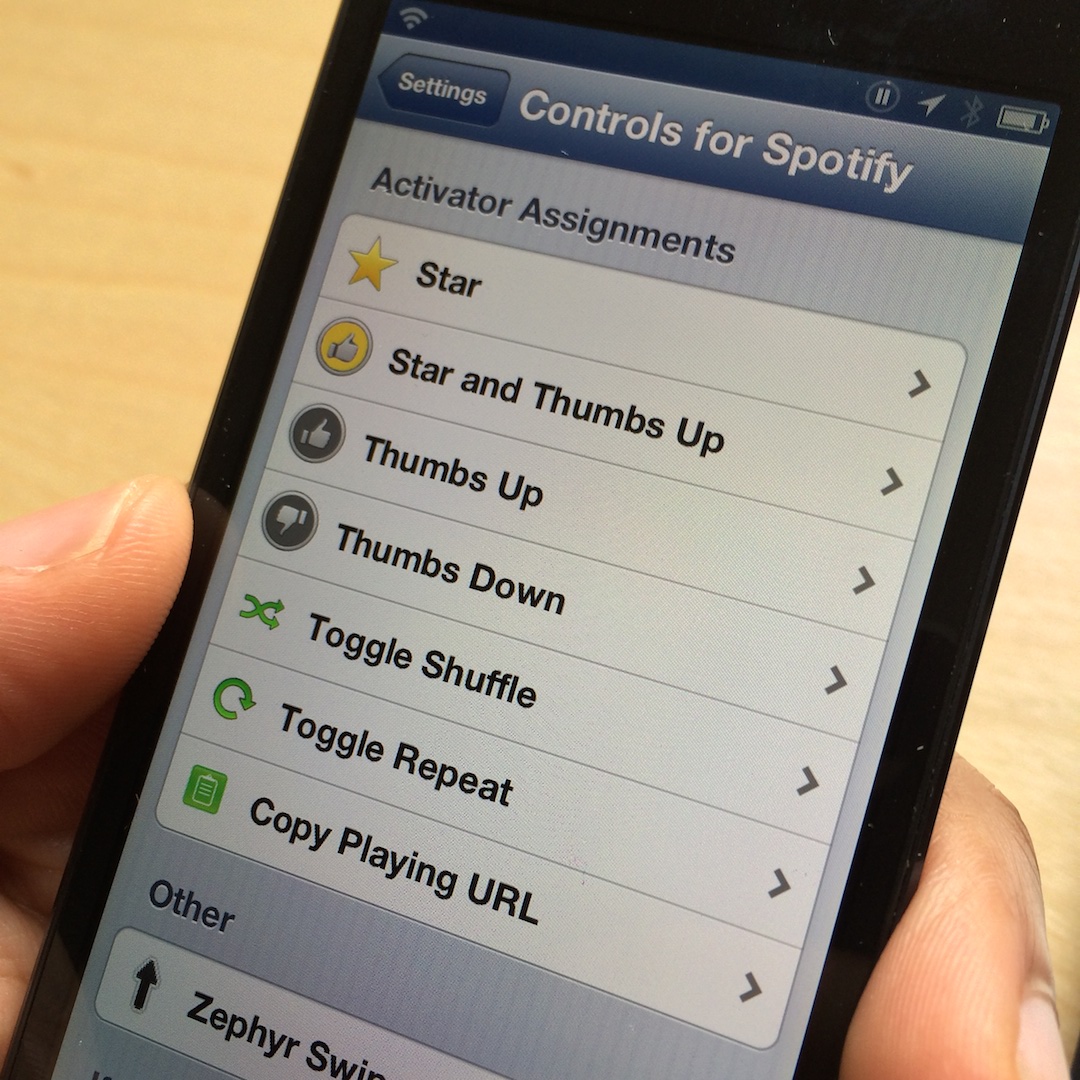 How does adding Spotify support to Activator sound? If that sounds like the proverbial music to your ears, then you need to take a look at Controls for Spotify. This is a new tweak that brings enhanced control to Spotify by means of simple Activator gestures.

It’s a bit limited in its scope right now, but Controls for Spotify is a tweak that shows potential. Have a look inside for more details as to how it all works. 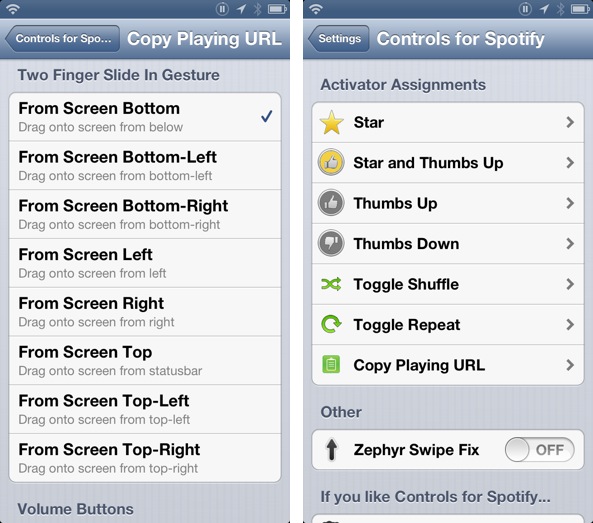 Once you install Controls for Spotify, you’ll stumble upon a new preference panel in the stock Settings app. The tweak’s preferences link directly to Activator for several different actions. The included actions allow you to star tracks, thumbs up, thumbs down, toggle shuffle, toggle repeat, and copy the playing URL.

Sadly you can’t pick and choose your own actions, but the seven that are initially included should get you started on the right track. Each action is directly assignable to a specific Activator gesture of your choice.

While the interface and icons contained in the tweak’s preferences are well designed, I do wish there was a little more feedback provided to the end-user when gestures are used. As it stands, there’s no way to know when a gesture is successfully used, because Controls for Spotify provides zero feedback.

The developer, Ron Thakrar, does state on his Cydia page that more features — Lock screen music controls being one — are in the works. Let’s hope that the improvements include added actions and better feedback response for successfully executed gestures.

If you’d like to try Controls for Spotify, venture on over to Cydia’s BigBoss repo where it can be had free of charge. If you’re a Spotify user, I think that it’s worth checking out considering that it’s free. What do you think?