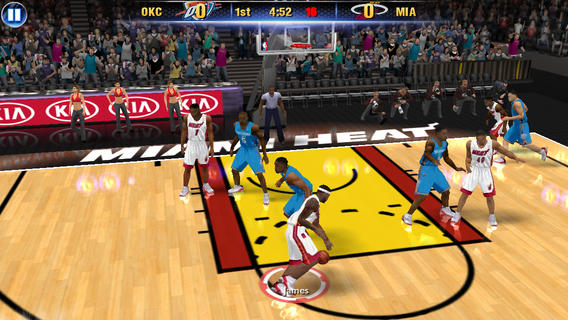 If you’re into sports and are a fan of basketball and the NBA in particular, the newly-released NBA 2K14 for iOS devices should be on your list for consideration. The game has been published by 2K Games, a Take-Two Interactive subsidiary notable for its recent release of Lucid Games’ 2K Drive for the iPhone and iPad.

Of course, it’s really an updated version of 2K’s ongoing NBA series for the iPhone and iPad, refreshed with the 2013-14 season stats, players, venues and other data (just like EA Sports’ FIFA series)…

NBA 2K14 is the latest installment of the world’s biggest and best NBA video game franchise. With more than 38 Sports Game of the Year and “Best Of” mentions last year on console, 2K14 is set to rule the virtual hardwood on iOS. This year, we’ve joined forces with the league’s most dominant force: LeBron James. NBA 2K14 will raise the bar, yet again.

New features include Game Center support with multiplayer and Bluetooth integration, a multi-season mode, improved touch and one-finger controls and of course updates to player rosters and stadiums for the 2013-2014 NBA season.

Check out the iPhone screenies below. 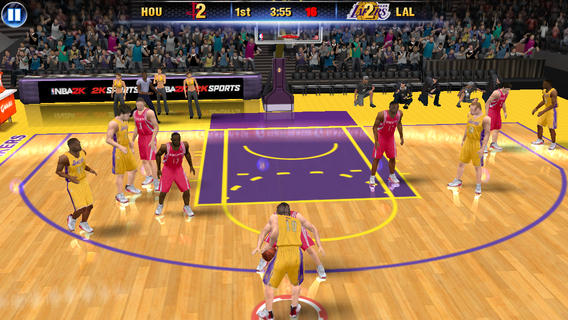 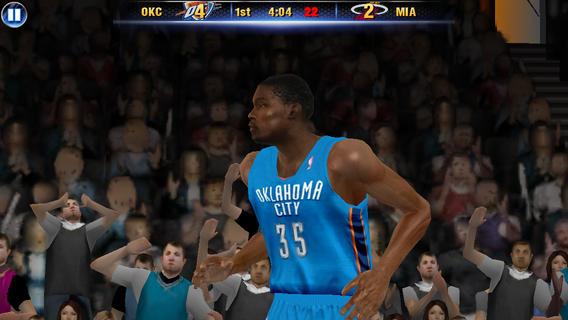 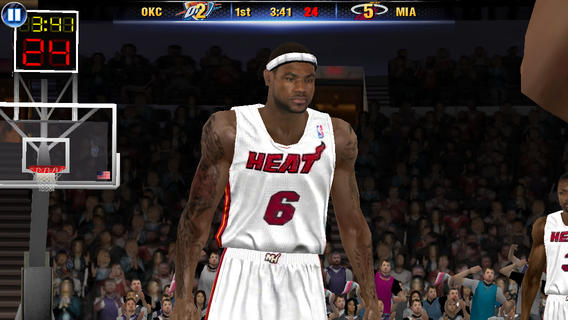 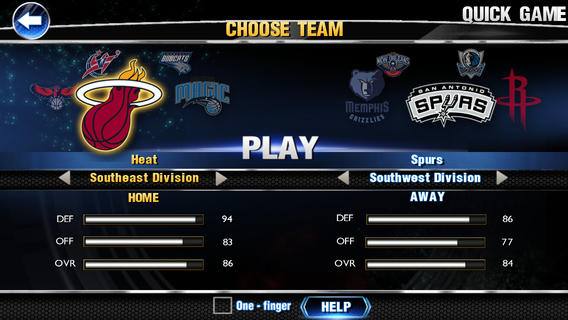 Sifting through iTunes reviews, a few people are complaining about “same poor graphics” and controls (still no play calling) and it seems that 2K has inexplicably removed play-by-play commentary.

NBA 2K14 costs eight bucks a pop and can be downloaded from the App Store.

In case you were wondering, there are no in-app purchases.

The 1.27GB universal binary download supports natively the iPhone, iPod touch and iPad devices running iOS 5.0 or later. This means you must own an iPad 2 and up, iPad mini, iPod touch 5 and up or iPhone 4 and later as earlier devices are not supported.