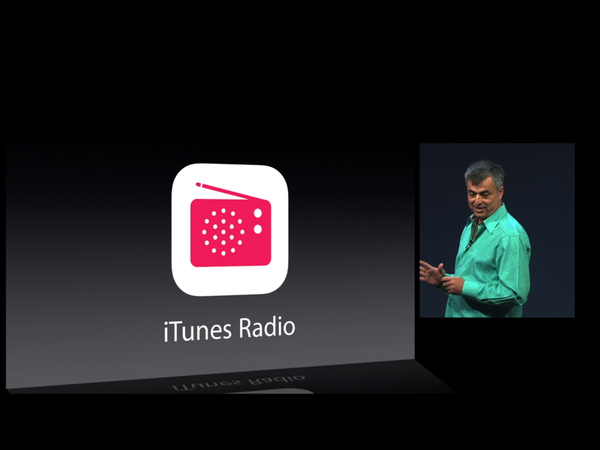 September was a big month for Apple and its iTunes team. In addition to running its iTunes Festival—a 30-day long concert with some 60 performances, the company also launched a new streaming music service called iTunes Radio.

And yesterday, the folks over at Entertainment Weekly had the chance to sit down and talk with the man behind it all: Apple’s SVP of software and services Eddy Cue. We’ve posted a few choice excerpts from the interview after the fold…

Jason Adams of Entertainment Weekly (via AppAdvice) caught up with Cue last month, and asked him about his music empire. Here’s one of his more interesting answers, given when questioned about the success of the iTunes Festival:

“It really is special, because it’s this combination of things that you just don’t see—there’s no scalping. We got over 20 million requests for tickets, and so these are the lucky winners; they’re huge fans of the artist. The artists come in, and they’re not getting paid. They’re here because they know that this is an opportunity for them to play for these fans and in many cases kind of go back to when they were starting out in a smaller venue, get really close and personal. You’ve got this venue [The Roundhouse] that is truly historic and holds 2,500 people, so you’re gonna see these artists that always play in much larger arenas. [Plus] it’s all kinds of music. On one end, you’ve got Lady Gaga and on the other end you’ve got Ludovico, the Italian pianist.”

I was only able to catch a handful of performances from this year’s Festival, but I have to say that it looked like a blast. I can’t think of another company that could put on an event of this magnitude, with such talent, without paying artists.

The other big topic of discussion was iTunes Radio. The service has been up and running since June for developers, but it just launched to the public late last month. Here’s Cue’s take on what the service means for him and the end users.

“The most important thing for me, what I was hoping for and what we’ve been working very hard to get, is what the quality of the feature is. At the end of the day, that’s the most important. Part of it is we thought we had an advantage: We thought we could present radio stations for the first time to a customer that’s really tailored to them.”

The entire article is worth a read, which you can do here, and apparently there will be an extended version of the interview in this week’s edition of Entertainment Weekly magazine. That should be available in newsstands Friday, October 4.