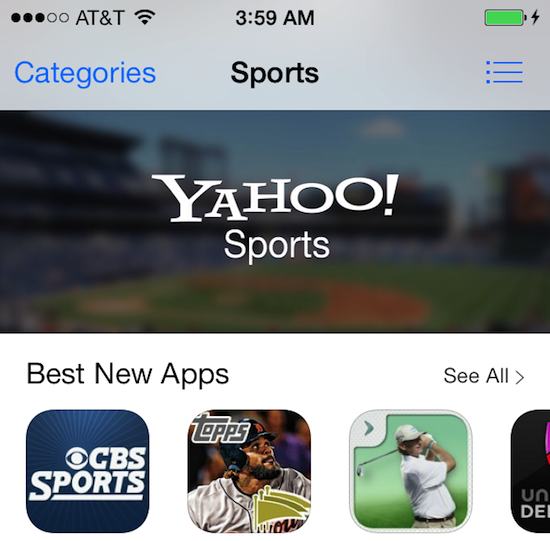 In a somewhat odd move, Apple has hired away the Toronto Blue Jays’ assistant manager Jay Sartori for a position on its App Store team. I mean, the company frequently snags top talent from silicon valley, but the MLB?

Apparently, Sartori will be taking over as the manager of the ‘sports and entertainment’ category in the App Store for the Cupertino company—a major departure from his contract and bargaining duties with the Blue Jays…

Here’s the report from SportsNet (via MG Siegler):

“Sartori is taking over as the tech titan’s manager of the App Store’s sports and entertainment category, a departure from the arbitration, contract and collective bargaining agreement interpretation work he handled for the Blue Jays.

He’s been in the position since September, 2010, when he was lured over from the Washington Nationals after a season as director of baseball operations there. Before that he worked for Major League Baseball’s labour department, helping negotiate the 2006 CBA.”

While details surrounding Sartori’s position are vague, it’s likely it has something to do with curation. App Store staff are responsible for selecting apps for various App Store categories, including Featured apps and Editor’s Choice.

Sartori is expected to begin work at Apple next month.