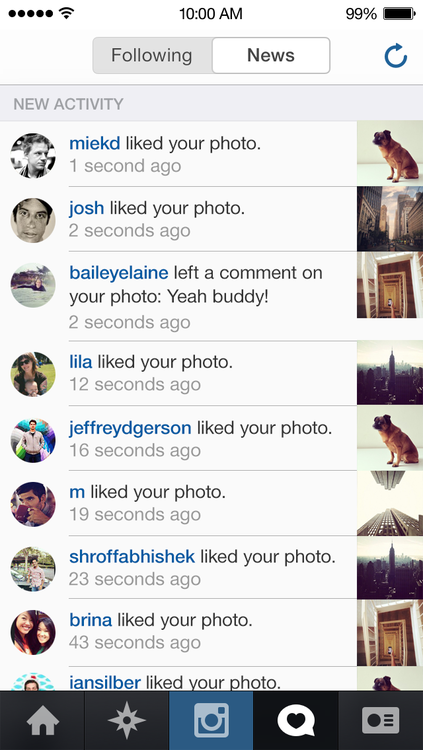 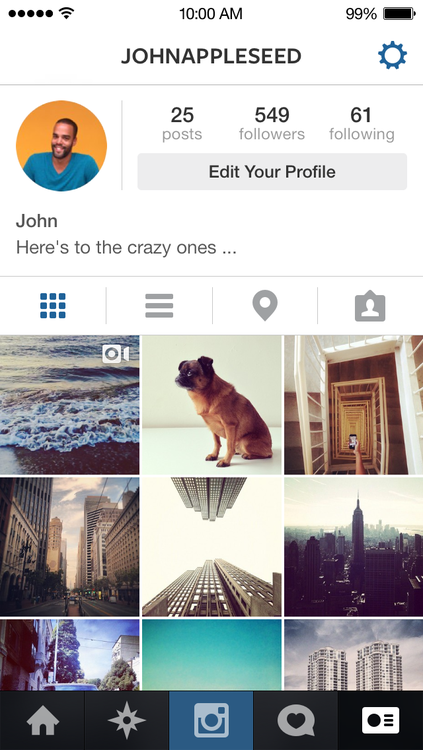 Joining the growing trend of revamping App Store software for iOS 7 look and feel, Facebook-owned Instagram just rushed out a new version of its iPhone and iPod touch app. It’s bringing with it flattened, minimalistic design focused on edge-to-edge images and videos. On the downside, this Instagram release skimps on headline new frameworks (that’s why it feels rushed out) which Apple created to help developers tap new iOS 7 technologies.

Nonetheless, it’s a nice little update and fans should be happy that Instagram no longer looks out of place and behaves like a good citizen on iOS 7…

Unfortunately – and what a blasphemy – the team forgot to flatten the app icon.

According to the blog post, images and videos now render edge-to-edge, in line with the minimalistic iOS 7 philosophy which puts emphasize on user content by getting rid of UI clutter. Instagram content isn’t just resized in-app, they’ve done it on the backend, too, so your photos and videos “will be clearer and more vibrant than ever”.

In this update you will find that we’ve increased the size of photos and videos in your feed so that they expand to the edges of your screen. We’re also happy to say that increased size means increased resolution, so photos and videos will be clearer and more vibrant than ever.

I’m loving the circular profile images (see screenies at the top) – again, in line with iOS 7’s convention of using circular contact images in Phone, Messages and other core apps. 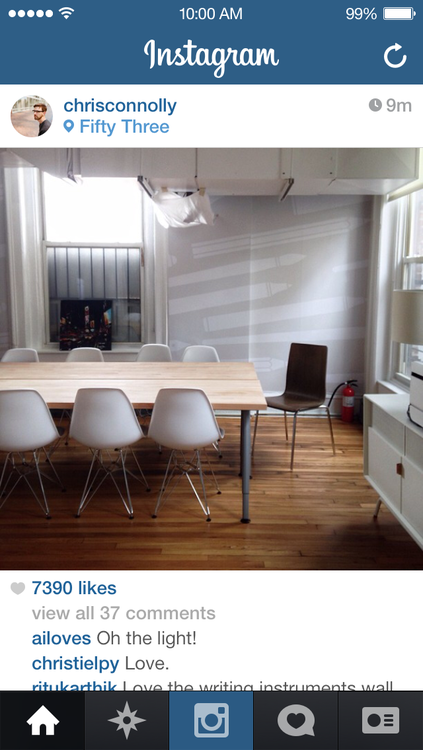 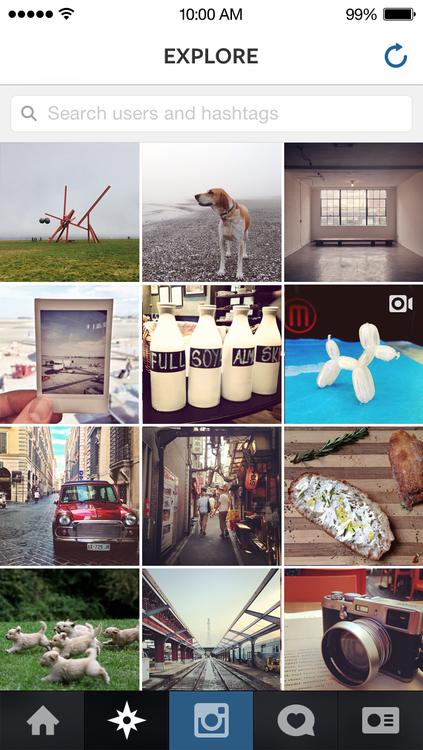 Your photos and videos also appear larger in the grid view.

“We led our redesign with a focus on clarity to keep the feel of Instagram clean, simple and grounded in the photos and videos you discover and share,” wrote the team.

Aside from “design updates and performance improvements for iOS 7”, there are no other changes in this Instagram release. The app still doesn’t support iPhone 5s Slow-Mo clips (workaround: export a 120FPS video to Camera Roll and then import to Instagram).

Worse, there’s no pull-to-refresh, what’s up with that?