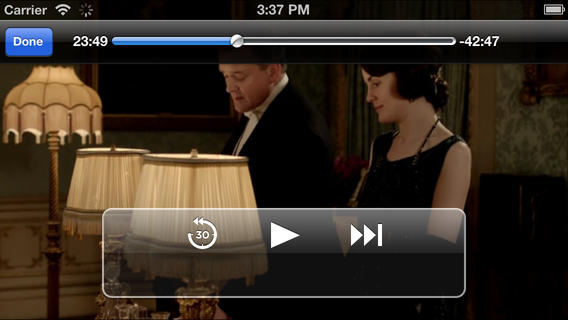 Amazon released its Instant Video client for the iPhone and iPad in August 2012 as a way for Apple customers to access its growing library of movies and television shows from their iPhone, iPad and iPod touch devices. The online retail giant hasn’t been updating the software much, apart from June’s update with visual tweaks and personal recommendations for movies and television shows based on your past viewing habits.

My biggest gripe with any type of software that does video is the absence of AirPlay streaming support. If you get your entertainment from Amazon, you should update your Amazon Instant Video installation to the latest version which not only enables Apple’s AirPlay technology, but also includes a few other nice-to-haves…

Didn’t they get the memo?

Other features included in this update:

While you can stream some movies and TV shows for free, the app generally requires a subscription to Amazon’s Prime, a $79 a year membership which gives you unlimited access to thousands of titles and over 140,000 videos available from the Amazon Instant Video store, with support for Watchlists, offline viewing and more.