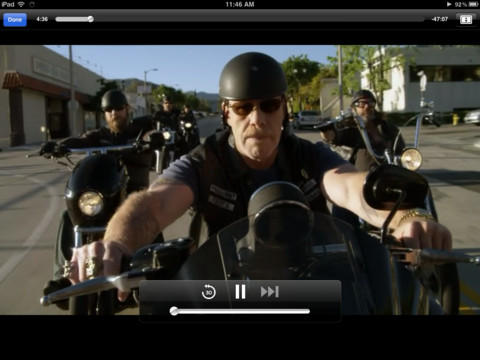 Online retailer Amazon has stepped up its game on the iOS platform. Just as it updated its Cloud Player with a new scan-and-match service akin to iTunes Match and featuring high-quality 256Kbps song downloads for both music purchases and ripped CDs, the company today released a brand new video app which enables streaming of video content available through the company’s Prime service and Instant Video store.

It supports offline viewing, automatic syncing of your play state across various devices and platforms and more. More screenies right after the break…

The new Amazon Instant Video app lets you either stream or mark for download and later offline viewing any previously purchased video.

It also works with Amazon’s Prime membership, which costs $79 a year in exchange for unlimited access to over 120,000 videos.

A selection of top Prime Instant Video titles is included in the app so you have something to boot from. Tapping Amazon’s Whispersync tech, the program syncs your play state across a bunch of devices such as the Kindle Fire, PS3, PC, Mac or hundreds of models of connected TVs and Blu-ray players. 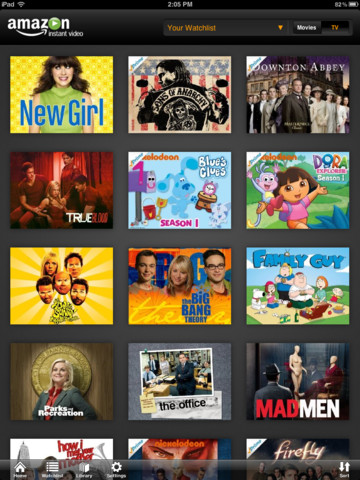 Amazon Instant Video is a free download. Unfortunately, it only supports the iPad so perhaps the program will get updated at a later stage with the native iPhone / iPod touch support.

Amazon’s move follows yesterday’s release of the Hulu Plus service for the Apple TV set-top box, along with a free one-week trial.

• Stream thousands of titles available from Prime Instant Video at no additional cost with a Prime membership, or watch over 120,000 videos available from the Amazon Instant Video store
• Download purchased and rented videos from Your Video Library
• Shop over 120,000 videos available from the Amazon Instant Video store by visiting Amazon
• Add videos to your Watchlist from a PC, Mac, or Kindle Fire for later viewing on your iPad
• Subscribe to a TV Season Pass by visiting Amazon and episodes will automatically be available on your iPad the day after they air
• Start watching on your iPad, and resume watching right where you left off on a Kindle Fire, PS3, PC, Mac, or hundreds of models of connected TVs and Blu-ray players with Amazon Whispersync. 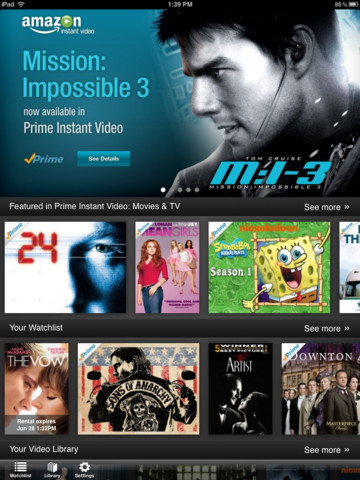 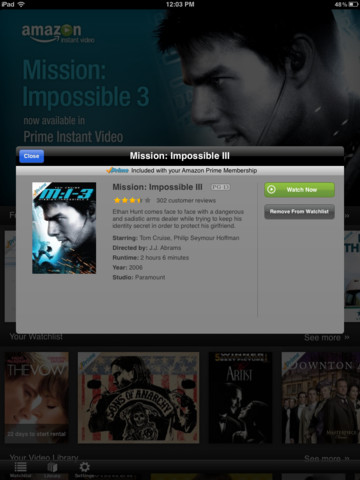 Where do you get your entertainment these days, from Amazon or iTunes?