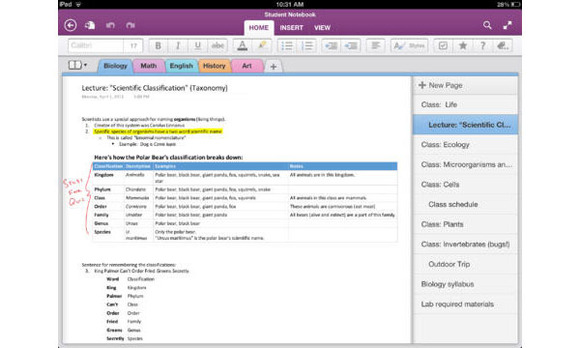 Good news today for users of Microsoft’s popular OneNote application; the company just posted a major update for the iOS client. Now, the update itself isn’t huge, but it features some significant improvements that will change how you use the tablet app.

Up until now, you couldn’t create new notebooks from the iPad, so you always had to defer to the desktop or web version of it at some point. But with today’s update, Microsoft has added this and other features, essentially making it standalone software…

Here are your OneNote for iPad 2.1 release notes:

IMPORTANT: Users upgrading from a version earlier than 2.0 should sync their existing application data before upgrading.

I don’t personally use OneNote—in fact I don’t use any MS software right now—but I know a lot of people who do, and this is going to be huge for them. If you’d like to check it out for yourself, you can find the iPhone and iPad apps in the App Store, for free.