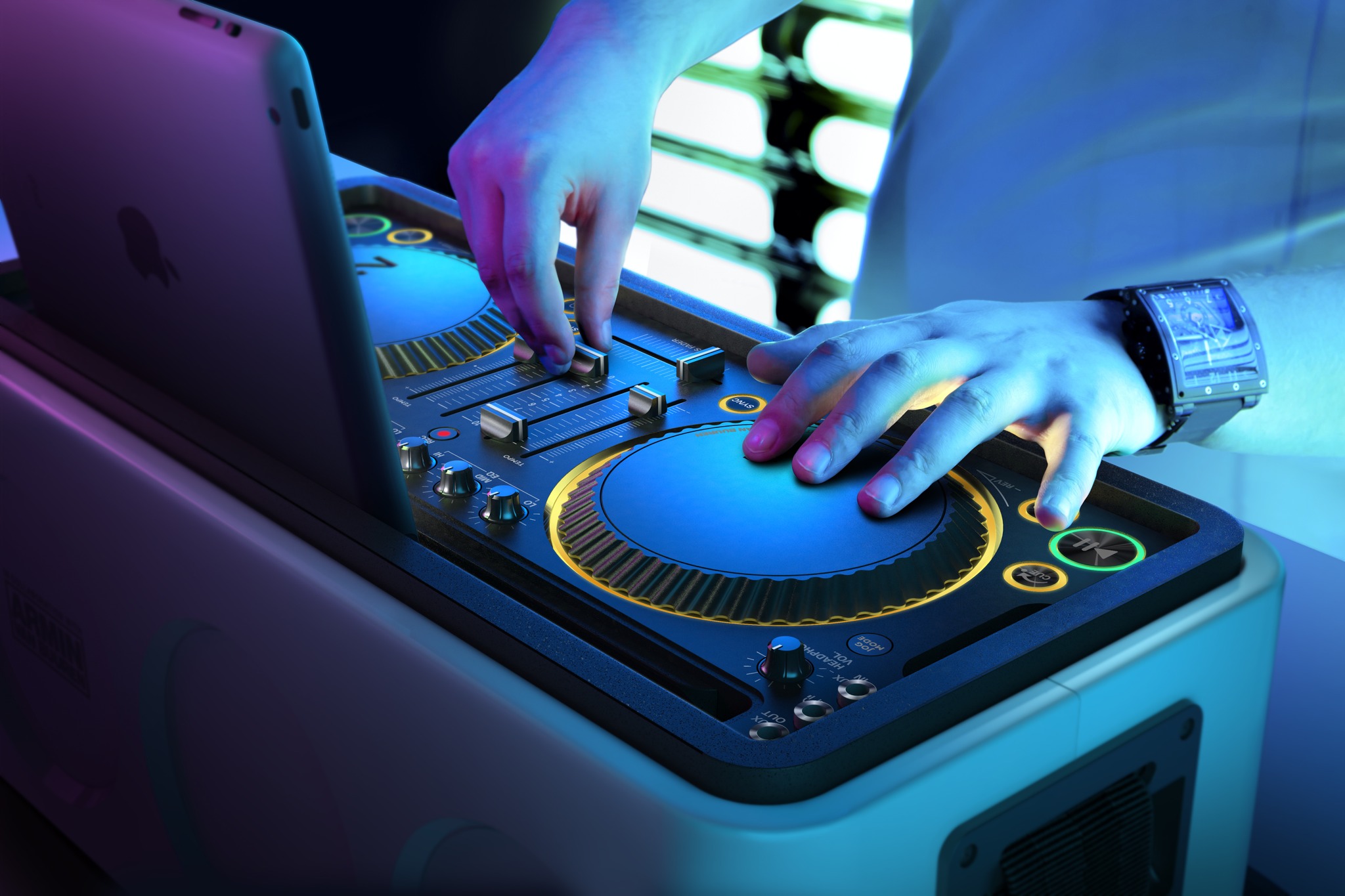 Philips, the Dutch multinational engineering and electronics conglomerate, today at Berlin’s IFA show introduced a novel DJ controller which doubles as a powerful portable speaker dock. Designed in partnership with Armin van Buuren, a Dutch trance music producer and DJ, the M1X-DJ system has a built-in Lightning port and a place to easily dock your iPhone, iPod or iPad device for hassle-free mixing or music playback.

Oh, it also happens to combine best of both worlds by augmenting a mixer and onboard turntables with 80-Watt speakers and a handy shoulder strap so you can lug this thing around with ease. Jump past the fold for the full reveal…

Bluetooth audio support allows you to share your music from any Bluetooth-enabled device – it’s the ghettoblaster reinvented for today. Even if you’re not into DJing, these plentiful features are bound to make you the star of every party or gathering.

Inapt at mixing tracks together?

No problemo, just fire up Algoriddim’s excellent djay 2 app (read Lory’s in-depth review) that the M1X-DJ supports right out of the box and combine some playlists.

Armin van Buuren shares what drove him to team up with Philips:

Fans often ask me what equipment they should buy when they want to start mixing themselves. A lot of kit can be expensive, so with the M1X I wanted to create something that’s accessible for everybody.

The other great thing about the M1X is that you can play it wherever you want, whether that’s the beach, the park or your street.

Philips notes folks can use Algoriddim’s djay 2 iOS app to switch between tracks on their playlist or mix individual songs together “for a sound that is truly your own”. The integrated DJ turntables should make mixing and scratching easy as a pie.

I have no doubt in my mind that novice and expert DJs alike are going to love the M1X-DJ’s pro-grade platters, cross faders and other oft-used controls music producers have come to depend on. 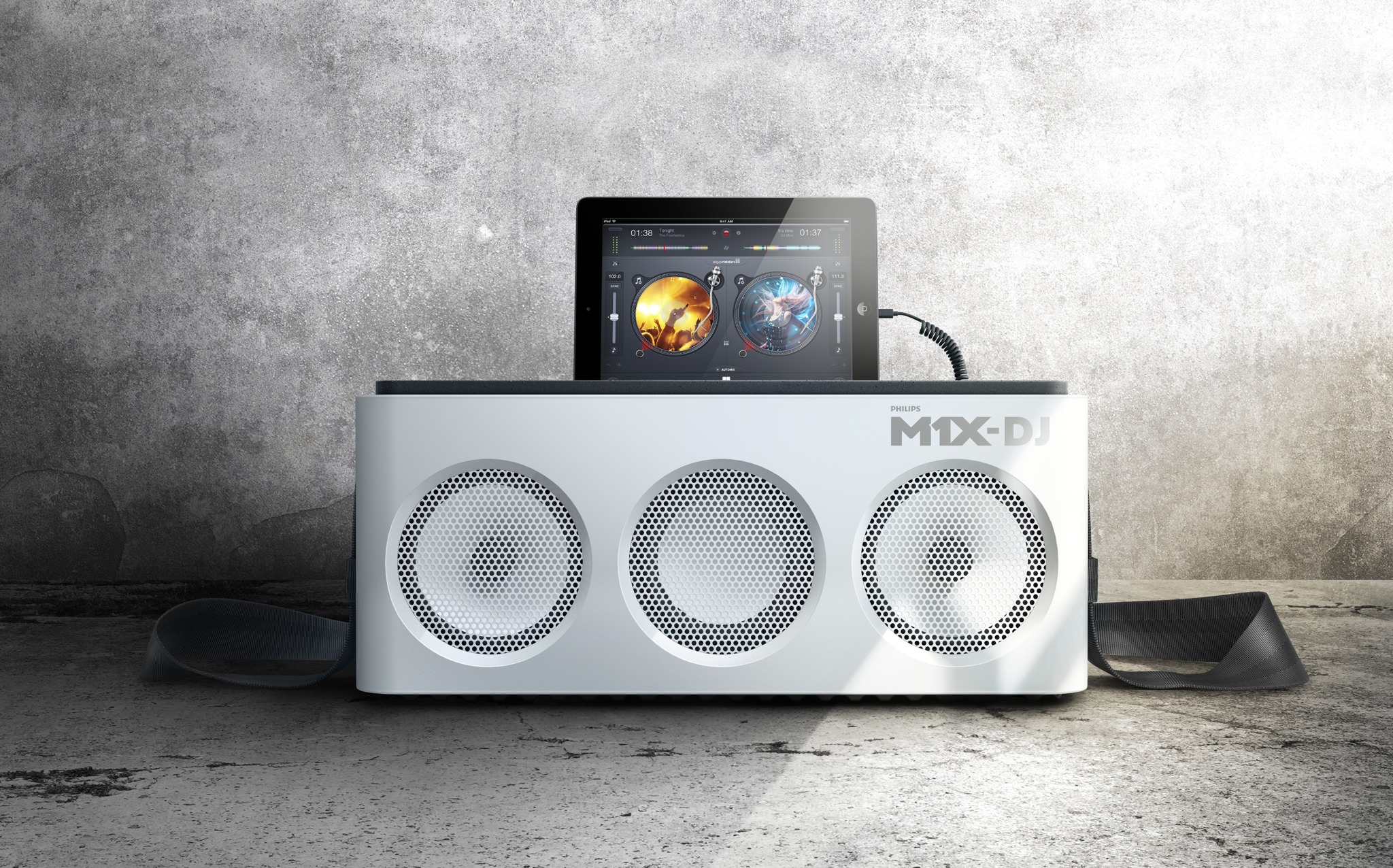 Used on the go, the system can run up to five hours on regular D-size batteries.

Too bad we won’t be able to get our hands on this sleek gadget before November, when the M1X-DJ is scheduled to ship for a recommended retail price of 399 euros, or approximately $525. 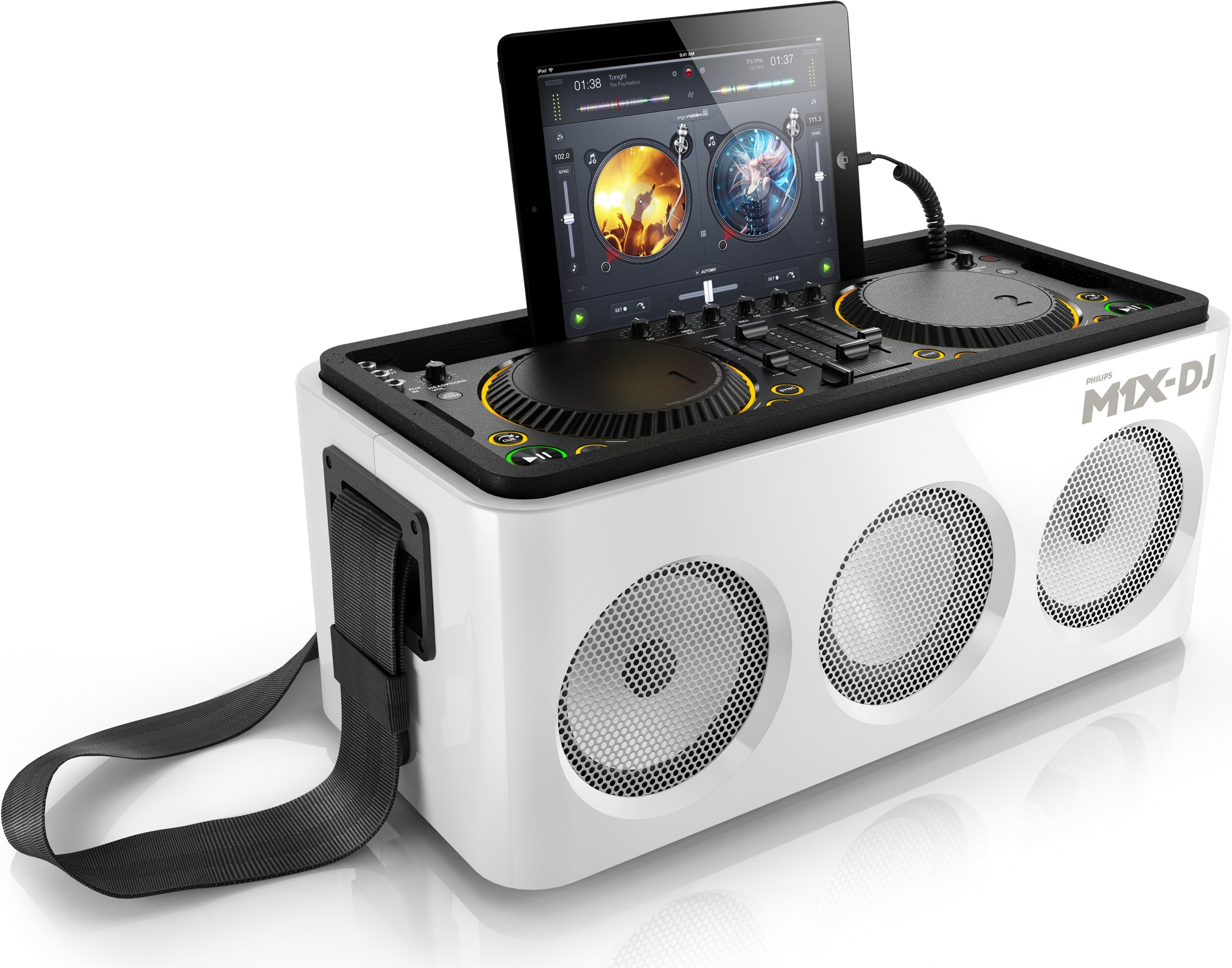 It’s interesting that Philips is now attempting to venture into this space.

Regardless of how sound its biz strategy is, the firm surely has an impeccable sense of timing: just two weeks ago, the rival consumer electronics maker Pioneer put out its own DJ mixing console for the iPhone and iPad, the $429 DDJ-WeGO2 system.

If DJ-ing isn’t your thing after all and all you want is to enjoy some music on the go, I strongly recommend taking a look at Philips’s gorgeous speaker dock with Lightning I/O. On a related note, Philips made headlines earlier in the year with its app-enabled smart bulb called the Hue and assorted accessories.