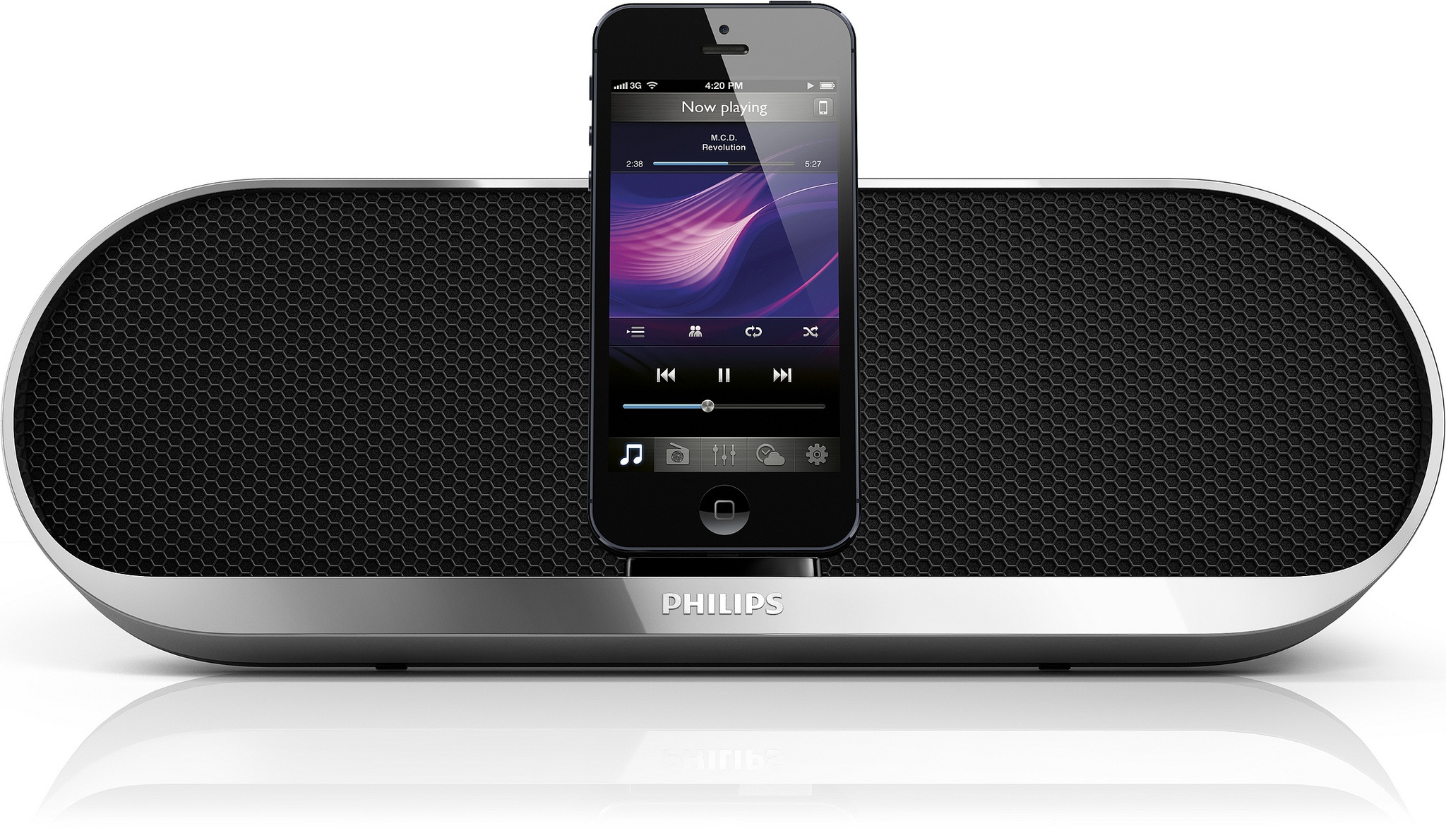 Consumer electronics maker Philips unveiled four interesting speaker docks designed for Apple’s latest iOS devices that incorporate Lightning I/O (the iPad mini, fourth-generation iPad with Retina display, fifth-generation iPod touch and the seventh-generation iPod nano). Of course, built-in Lightning I/O means music lovers can dock/charge Lightning enabled iOS devices and play their music at the same time. One portable speaker and three units for indoor use all feature eye-catching modern design and those who had a chance to personally test these boom boxes claim they sound every bit as good as they look…

Philips writes in a media release that the new products offer “a superior sound performance in comparison to the analog processing technology common in current docking speakers”.

The Portable Docking Speaker, seen at the top, fits in one’s bag. Its built-in battery lasts for a cool eight hours of music playback. The system features Philips’ proprietary wOOx technology for a rich and deep bass. The company explains that “precise tuning between the speaker drivers ensures a smooth transition between low- to mid- and high-frequencies”.

The Bedroom Docking Speaker with its 360-degree design provides omnidirectional sound that fills your bedroom and has a convenient USB port on the back for charging a second device. And when you need to take a nap, the built-in clock display that syncs with your iPhone’s clock will come in handy. 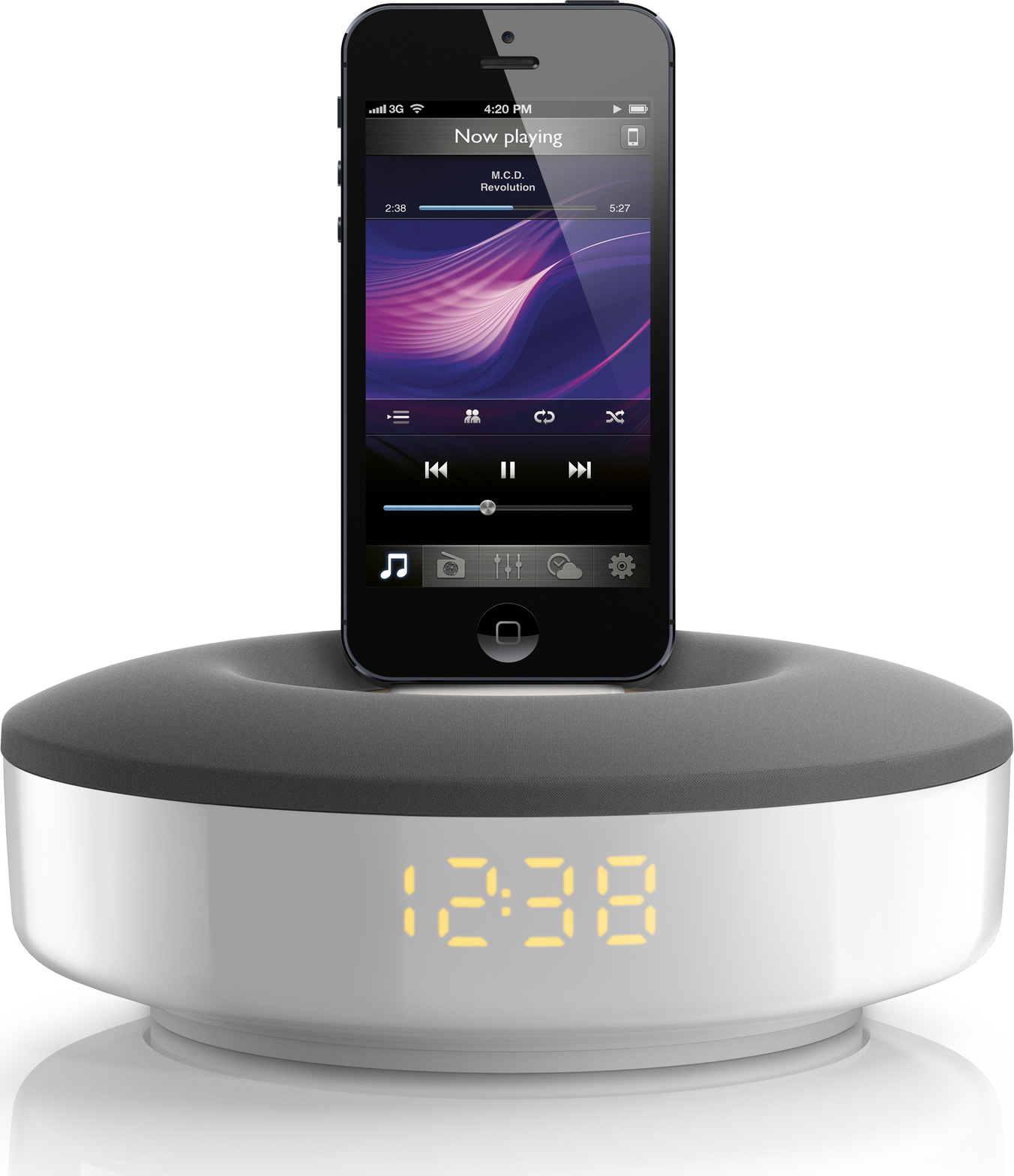 The Lifestyle Music System sports an elegant and slim design providing for its slender footprint, it has a retractable Lightning dock, includes a CD player and FM radio and delivers 20W RMS power. 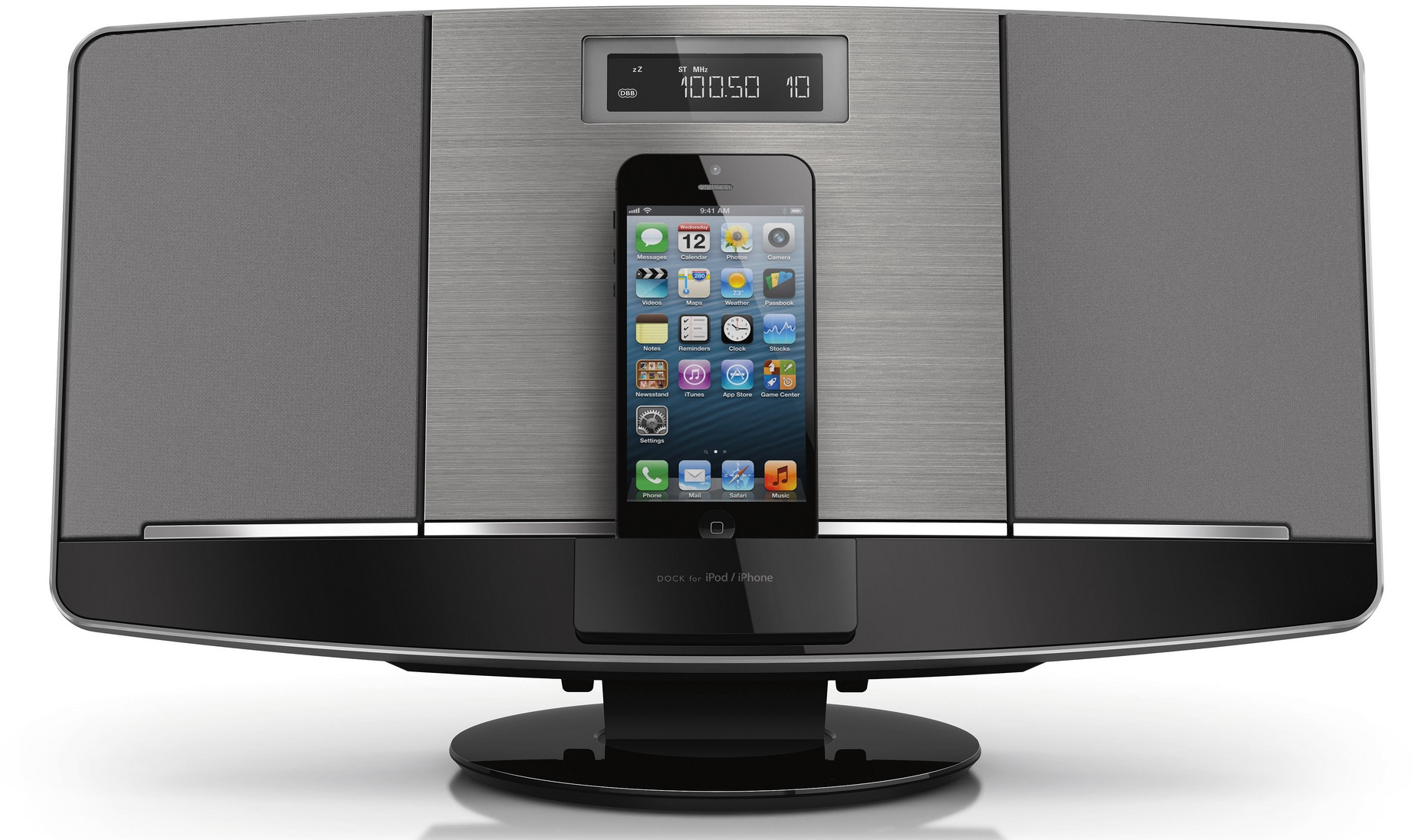 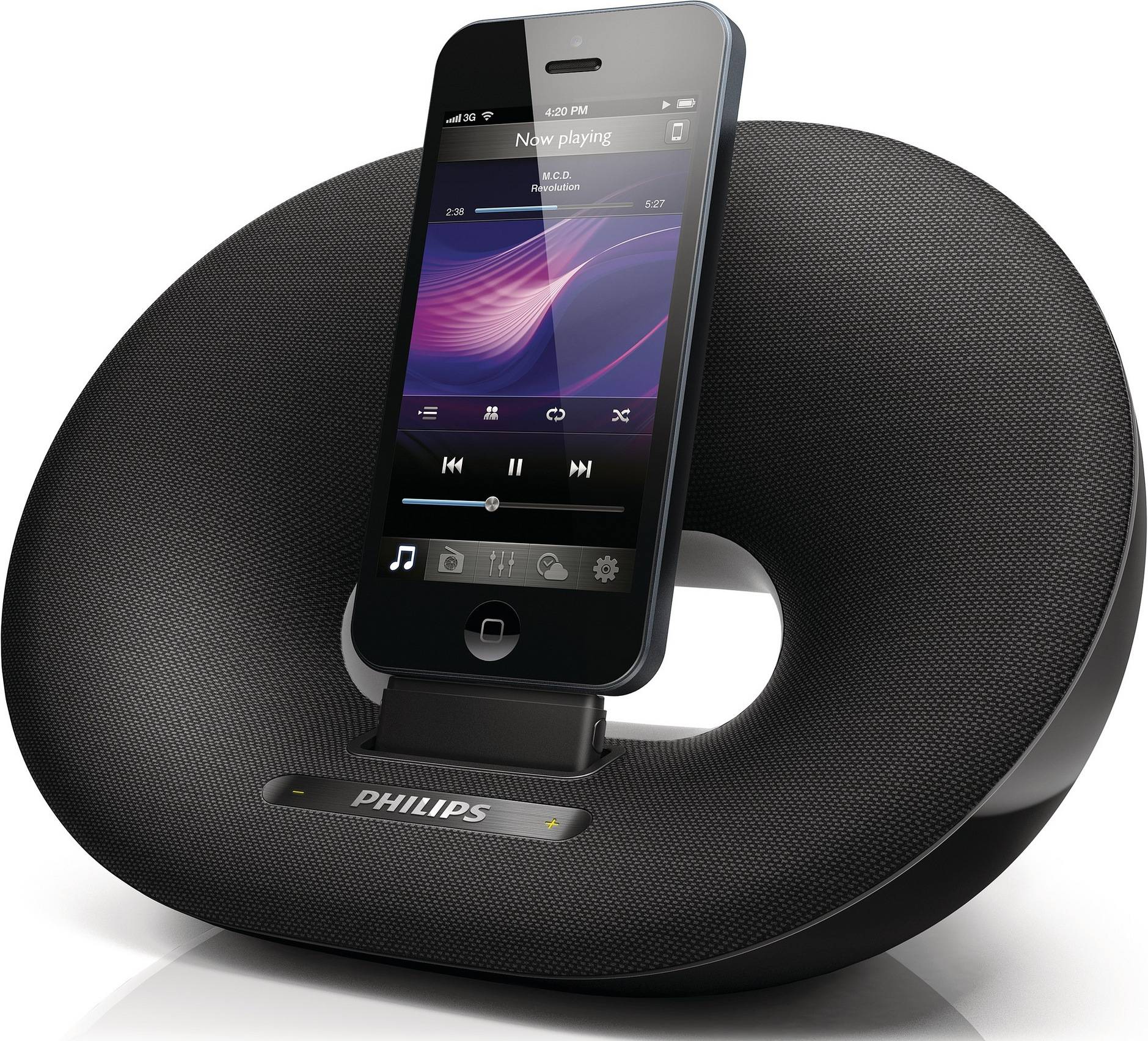 Additional images are available on the official Philips photostream on Flickr.

We had a chance to look at and listen to these at a special briefing yesterday, and we can confirm they sound every bit as good as they look.

The new Docking Speakers with Lightning connector will be available later this month in selected retailers and the Philips web store. Price points were unknown at post time.

If you just wanna dock your Lightning-equipped device, there’s plenty of unofficial units to choose from, including those under $20. Surely you know that Philips also happens to make an interesting, albeit pricey, iPhone-controlled lightbulb called the Hue that my colleague Jeff reviewed, in addition to other gadgets for your iOS-connected home.

Now, for some time I’ve been eyeing a wireless speaker for my bedroom so I may consider a Bedroom Docking Speaker, if the price is right.

Do you have a speaker dock at your home?