That’s hardly a fair comparison: the original game debuted as a paid download with wildly fluctuating price points whereas Plants vs Zombies 2 is free-to-play with in-app purchases, which has quickly become a thing for Electronic Arts.

Be that as it may, Plants vs Zombies 2 downloads will no doubt explode after EA releases the game on Windows 8, Windows Phone 8 and Android platforms “later this year and beyond”.

According to a recent Jostiq story, a major ‘Far Future’ content update is coming soon. 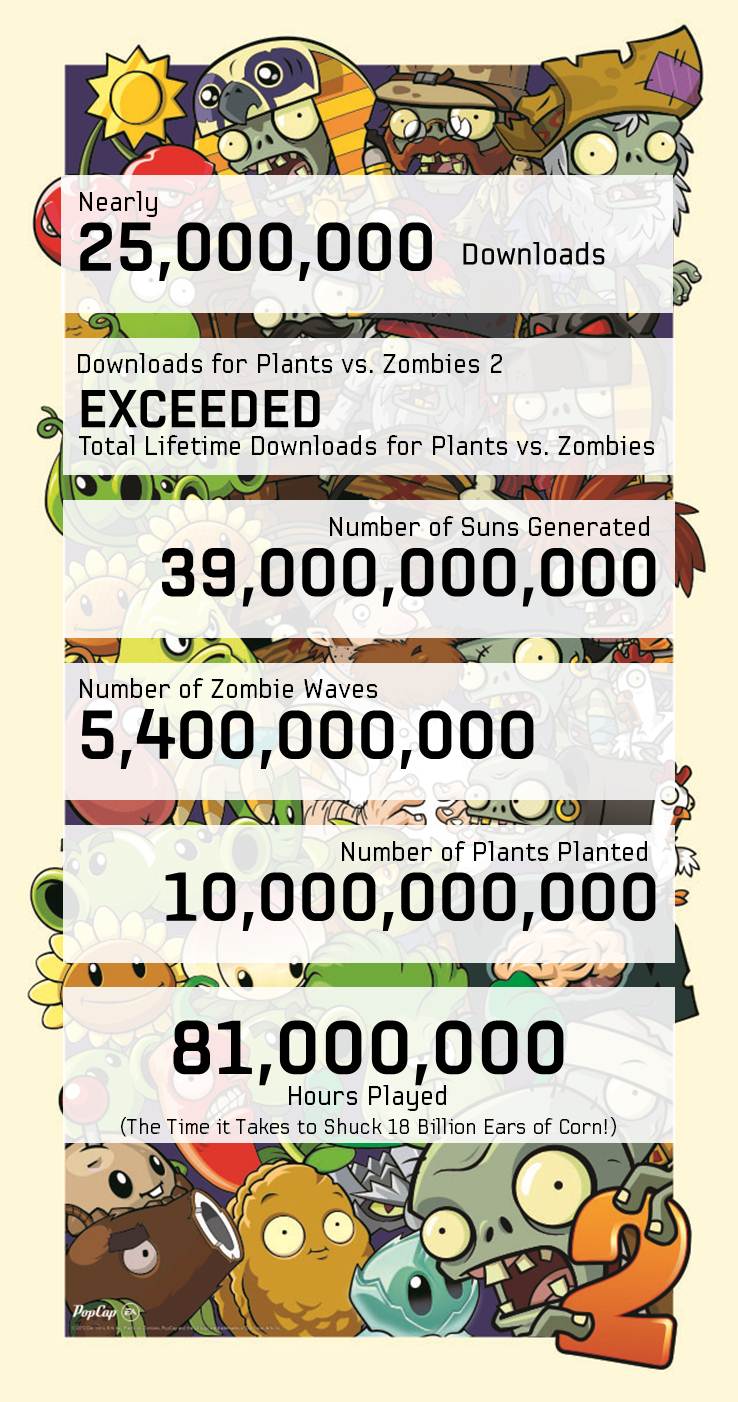 Plants vs Zombies was a staggered roll-out: Electronic Arts initially launched the game on the Australia and New Zealand App Store on July 9, before making it available worldwide mid-August.

Plants vs Zombies 2 is free on the App Store.

In just five days, it emerged as the top iPhone and iPad game on the App Store in 137 countries worldwide and at post time had ranking of 4.5/5 stars.

Have you played Plants vs Zombies 2?