Apple’s CEO Tim Cook and the company’s leadership team must be hating Mark Gurman, the most connected Apple blogger and Time’s pick for its 2013 Best 25 Bloggers list. He’s leaked much of the iOS 7 redesign ahead of June’s revelation and nailed the iPhone 5 features well before its release.

Two weeks ago, Mark was first to acknowledge an iPhone 5S with gold colorway. He’s also confirmed fingerprint scanning – the iPhone 5S’s killer feature – and said the iPad build of iOS 7 was running behind schedule.

In a post over at 9to5Mac, Gurman cautions that today’s claim of Apple planning to “introduce new versions of its phone and tablet at a September 10 event“ buried at the bottom of Bloomberg’s article about Apple’s retail stores is likely an error.

He points out to a mid-August Bloomberg article which explicitly stated that new iPads will be unveiled after the new iPhones.

Updated iPad models, including an iPad with a thinner body design and an iPad mini with a high-resolution screen will be unveiled later, two people said.

Mark reiterates conventional wisdom by pointing out that Apple has never released new iPhones and iPads simultaneously. Instead, the company typically gives each major device launch its own media event, as it did last year: the iPhone 5 was unveiled at Apple’s September 12 event and the new iPads were announced on October 23.

“Why would Apple couple the launch of its two blockbuster products when it could own the news cycle for two consecutive months?”, he writes.

Indeed, they almost certainly would not. 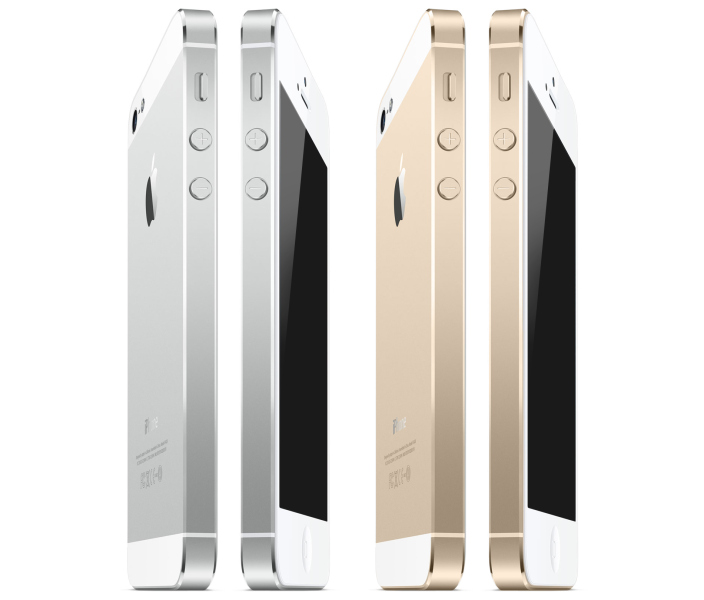 As for the rumored gold iPhone 5S and a brutal scratch-test video from this morning, he cautions there really is “no way to tell how susceptible the device is to damage” unless someone does a proper scratch test on a factory-anodized Apple device.

The controversial video suggests scratches and dings on the gold iPhone 5S’s backplate are much more noticeable than those to a slate/black iPhone 5 backplate.

On the other hand, the current-generation iPhone 5 is famously prone to scratches and dents so why should the iPhone 5S be any different?

On a brighter note, this shouldn’t be the case with the iPhone 5C as its plastic polycarbonate shell appears to be much more scratch-resistant.

Finally, Mark warns that today’s news of Apple selling products to customers in Iran isn’t really newsworthy because – based on web archives and search engine caches – the United States lifted its embargo on importing products in Iran on May 30.

“Apple updated its website to reflect this back in early July,” Gurman writes.

As for the iPad and iPhone launches, what’s your take?

Will September be for new iPhones and October for iPads or has Apple perhaps started consolidating its announcement events?

I don’t think the latter is even conceivable.