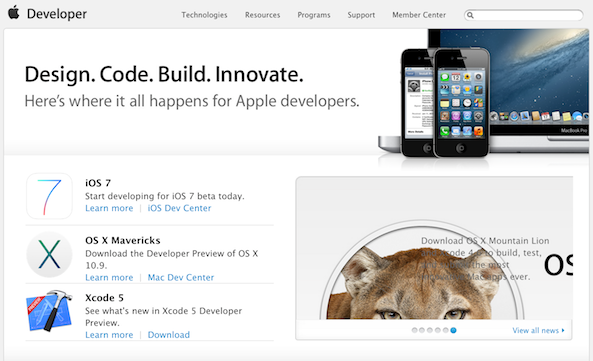 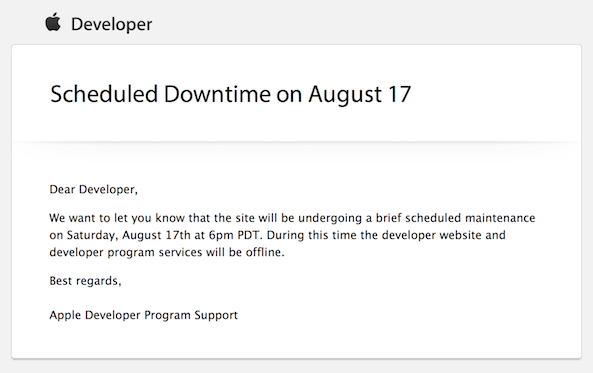 Apple doesn’t typically alert developers to upcoming Dev Center outages due to scheduled maintenance, but perhaps in wake of the recent security breach it felt that it should give folks a heads up.

On July 18, Apple detected an intruder attempting to secure information from its developer website. The attack led to a three week outage while the company overhauled and rebuilt its systems.

As a result of the downtime, there is now a Status Page that shows the status of Dev Center services.